“The Factory among Cherry trees”. The sounds of the factory for Festival MITO SettembreMusica 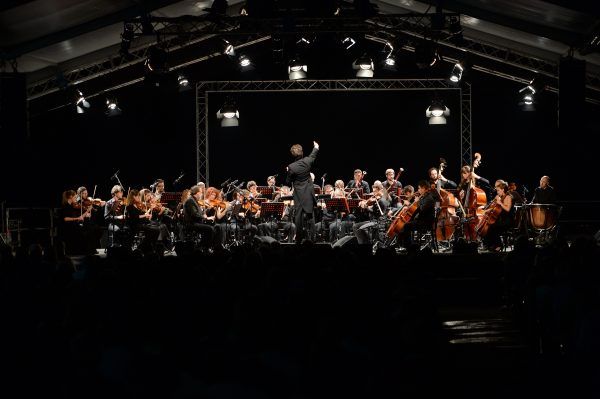 Music returns to the factory with the new edition of the Festival MITO SettembreMusica, set to take place this year from 3rd to 21st September, consolidating the partnership with Pirelli now a decade old – since it began in 2007 – which is part of the relationships between the business world and the world of culture, a rapport that has always been promoted by Pirelli who has backing initiatives in the artistic, cultural and training spheres.

The theme this year is dedicated to nature, and it is addressed through the reworking of the sounds of the digital factory, from the Pirelli industrial pole in Settimo Torinese, through the performance of the opera entitled Il Canto della Fabbrica (The Factory’s Song),a composition commissioned by the Pirelli Foundation from the composer and violinist Francesco Fiore and specifically devised for the violin of Maestro Salvatore Accardo accompanied by the Maestro’s Italian Chamber Orchestra and with the violin played by Laura Gorna, who is to be the first to perform it during the Festival MITO with two concerts, in Milan and Turin, entitled “La Fabbrica tra i Ciliegi” (The Factory among Cherry trees).

Two appointments: the first in Milan on 7th September at the Studio Melato theatre and the second on 8th September inside the Pirelli factory in Settimo Torinese. This confirms the bond between the workplace and music venues, an experience which has already been made in the past, as one of the expressions of that industrial humanism that has distinguished Pirelli throughout history.

The partnership with the Festival dates back in fact to 2007. With the 2010 edition of the Festival, music enters the factory: the old factory in Settimo Torinese hosted “I Fiati di Torino”, from the RAI Symphony Orchestra from Turin, for a performance based on music by Mozart, Bach and Beethoven, Berio and Gabrieli, Saglietti and Stravinskij before an audience of more than four hundred spectators.

After the success of this edition, in 2011 musicians returned to the factory: this time the “I Pomeriggi Musicali” orchestra, directed by Maestro Luca Pfaff, in the refurbished facilities of the Settimo Torinese Industrial Pole. The programme envisaged the performance of pieces by Darius Milhaud, suite from the ballet “Le boeuf sur le toit”, Artur Honegger, “Pastoral d’été”, Manuel De Falla, suite from the ballet “El Amor Brujo”, Igor Stravinskij, “Suite no. 1 and no. 2 for small orchestra”.

In September 2014, the Turin Philharmonic Orchestra played in the facilities of the Settimo Torinese Industrial Pole. The musicians directed by Micha Hamel played the “Symphony no.1 in C major  op. 21” and the “Symphony no.7 in A major op. 92” by Ludwig van Beethoven, to the applause of a thousand spectators. For “La Settima a Settimo”, as usual, many Pirelli employees were among the crowd.

Again in 2016, Pirelli hosted in the Auditorium of its Headquarters – built around the historic cooling tower of the Milan Bicocca plant – “I figli di Beethoven” (Beethoven’s children): the musicians of the ”Altus Trio” performed the “Trio in E-flat major op. 70 no. 2” by Ludwig van Beethoven and the “Trio in F major op. 80” by Robert Schumann.

For this year’s edition, the factory returns to playing the starring role not just as the stage backdrop but also as the inspiring muse for the new piece of music.