Bonomi of Assolombarda sounds a warning about a “lost year” of growth with proposals for the government: reduce the tax wedge and invest in a digital future 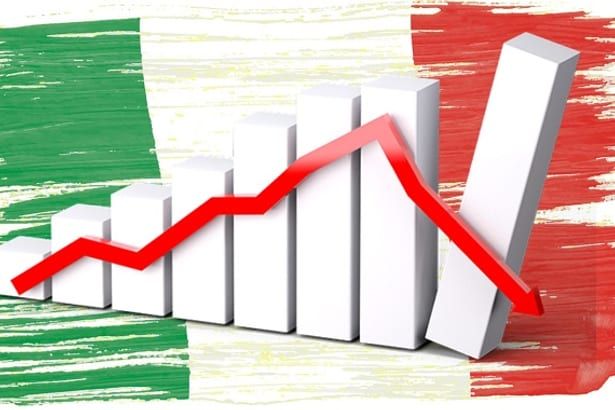 Italy is in a “zero growth” swamp. The autumn looks to be laden with economic and social worries. A “near-sighted” and bickering government has, so far, produced nothing more than recessive reforms, neglecting development and the construction of a better future for the country. Carlo Bonomi doesn’t pull his punches. The chairman of Assolombarda(the main local branch of Confindustria with 6,000 registered businesses in Milan, Lodi, Monza and Brianza, an area abounding in small and medium-sized manufacturing companies) published a lengthy, detailed opinion piece on “Il Foglio” addressing the economic crisis and the government’s inconclusive policies, opening with a razor-sharp title: “Enough is enough”. And further to the point: “A year of growth, lost”.

There’s growing malaise in the world of business, including in regions (Lombardy and Veneto) where the majority of businessmen voted Lega, counting on the party’s traditional sensitivity to the manufacturing sector and its needs. But a slew of provisions and announcements, from “decreto dignità” to citizenship income, from “quota cento” for pensions to tax amnesties and the proposed “minimum wage” have brought about the realisation that social spending and the burden on businesses will increase, without in any way helping to fuel growth. The standstill on incentives and tax benefits for “Industry 4.0” only makes matters worse and frustrates the expectations of businesses that had already taken steps to keep up with the challenges of the digital economy. Bonomi is a worthy representative of such numerous concerns.

Milan is, after all, the best indicator of economic trends. It is a key European metropolis that knows how to weigh concerns and expectations, embodying a widespread desire for sustainable development. After all, Milan knows full well that its own growth can’t help but correlate closely with that of the rest of the Country, with Rome the capital and with the South. In that sense, Milan is Italy. And the city’s entrepreneurs are social actors who share a deep understanding not so much of the specific needs of their sector but of the nation’s greater interests within its European setting.

Like any skilled entrepreneur, Bonomi knows his sums and has an appreciation for numbers, knowledge and know-how. His critique starts from the economic situation, with growth at 0.1% of GDP for 2019 (a figure confirmed by the most recent report by Banca d’Italia), which leaves us trailing as Europe grows by 1.4%. Germany, with an export economy like ours, is also reeling from the tension in international trade, especially after the clash between USA and China, but is somewhat better off with growth at 0.5%. “Stagnant”, says the latest study of the third trimester by Centro Studi Confindustria, with a 0.6% decline in industrial production.

More data: sales and exports of machine tools have collapsed; employment is limited; and youth unemployment is at record-setting levels in the South. But there’s also a lack of attention to strategic investments in the digital economy: a mere €85 of public spending per citizen, compared to €186 in France, €207 in Germany and €323 in the UK. The development of the digital economy and the digitalisation of Public Administration are key factors on which the growth of the Country depends. Unfortunately, the government is “seriously near-sighted”, looking out for “electoral interests in the short term” without considering “a serious and sustainable approach to encourage growth”.

It’s not a matter of partisan politics or prejudice. Bonomi points out that entrepreneurs don’t cheer for a given party. They “cheer for Italy”. He highlights the positive events of the past months, such as the convergence of the public and private sector and the joint efforts of the (politically diverse) administrations of Milan, Lombardy and Veneto in the successful bid for Milan and Cortina to host the 2026 Winter Olympics. And he reminds us that manufacturers must “stay the course for development”.

There’s appreciation for the work done by Premier Conte and Minister for the Economy Tria to avoid conflict with Europe (it would have been “a form of self-harm”). And for Conte’s decision to play an active role in the election of Ursula von der Leyen to the head of the European Commission (which the Lega objected to under Matteo Salvini).

As he turns to foreign politics Bonomi, speaking on behalf of entrepreneurs, is consistently severe in his criticism: there’s Italy’s lonely signature, the only EU founding member and the only member of the G7, in the agreement with China; there’s friendship with Russia, despite “Putin’s practically scornful consideration of liberal and democratic values and of market values, which are the foundation of the EU”; and there’s the risk of isolating Italy from Europe and becoming “a sort of Serbia of the Mediterranean”. Our businesses are deeply embedded in Europe. They are an integral part of a value chain whose roots are set in Europe. Multilateral trade policies serve the country’s best interests, as opposed to bilateral shows of force, which leave Italy weak and alone with everything to lose.

Simply put, Bonomi’s lengthy article in “Il Foglio” is a list of things that aren’t working. But it’s an equally long list of political decisions that need to be made. The upcoming Budget Law to begin with: stop the deficit from growing any more than it did in 2019 (which means excluding measures wanted by Salvini that would exceed this limit), put an end to new flat rates for the IRPEF, avoid “fanciful last-minute solutions, like obtaining €18 billion through divestiture” and privatisation – when “Alitalia is being nationalised once again”.

The priority: “A fresh start for potential GDP, both for supply and demand”. The means: invest the entire, unspent cost of “quota 100”, citizenship income and the €80 bonus (formerly known as the Renzi bonus) in “the permanent, structural and universal elimination of the tax wedge”. In other words, eliminate “the number one anomaly that weighs down both hiring and company budgets”.

The basic idea is to put growth back on track. Reinstate all the incentives for “Industry 4.0”, initiate a special, multi-year plan for the digital economy and create the necessary infrastructure for development (the very projects opposed by the Cinque Stelle). In other words, be serious about politics.

A matter of merit. And of method: “Avoid the contorted series of party parades masquerading as meetings with employer’s organisations and unions”. The reference to Deputy Prime Minister and Minister of the Interior Salvini, who called everyone to the Viminale, is clear. The appeal, straightforward: no demagoguery to the detriment of social partners. But total willingness to dialogue: “There’s a President of the Council, he should summon us…”. “Seriousness”, indeed. Not unscrupulous propaganda.

Unions are called to share the fight “against the minimum wage”, a useless measure that reduces the income of most workers, who are already properly covered by contracts, and creates higher costs for businesses. It would be better to insist on contracts, which now affect not just salaries but welfare, training, quality of work and quality of life.

There’s a final caution, a call for dignity and responsibility: “Political threats will not keep us from speaking for Italy, which deserves better”.

It deserves politicians and leaders who are capable of listening and learning, who demonstrate foresight and responsibility.

The closed world, fear and the need to rebuild trust for politics, communities, corporate credit and work
Rereading Keynes and planning investments in health, the environment and scientific research
Bonomi of Assolombarda sounds a warning about a “lost year” of growth with proposals for the government: reduce the tax wedge and invest in a digital future
Load more
Grazie per la tua richiesta
Abbiamo preso in carico la tua richiesta, il team della Fondazione Pirelli ti contatterà per confermare la disponibilità.
Grazie per la tua richiesta
La prenotazione al momento non è disponibile.
Thank you! Registration was successful!
We have sent you an e-mail to the e-mail address you provided. Click on the link inside to confirm the registration.
Register
Already registered click here
Warning! Check the correctness of the data entered.
Enter
Forgot password? click here
Warning! Check the correctness of the data entered.
Forgot password?