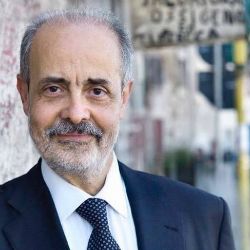 Human capital may be fleeing Italy, but sometimes it comes back. Like Diego Piacentini, senior vice-president at Amazon, who put a highly paid seat in the top ranks of a US multinational on hold to come head up the Digital Office for Italy’s Prime Minister—from senior executive to civil servant, from Seattle high-tech to Rome, where digital innovation has yet to become a widespread part of the culture of government or of enterprise. How will Piacentini fare? We hope well. Italy very much needs the digital economy to flourish in order to radically renovate government and put enterprise in a position to stand up to global competition as we move towards “Industry 4.0”.

And he’ll be doing it all for free. Although not essential, this is an important aspect. It is important because it shows that there are people out there with the high-level skills and experience who are willing to work hard for the “common good” and to lend a hand when Italy is in need.

Around the same time as this Piacentini announcement, another Italian, Alessandra Buonanno, was also in the news. Another fine example of Italian excellence, Buonanno played a key role in the discovery of gravitational waves—the “chirp […] that revolutionises physics”, as it was called in a headline in La Repubblica (12 February)—and in confirming Einstein’s theory. After her degree in Physics at the University of Pisa and a series of prestigious positions in Paris, at the California Institute of Technology, and at the University of Maryland, Alessandra Buonanno now directs the Max Planck Institute in Potsdam, Germany.

Is there a brain drain out of Italy? Probably. Such as when the French Institut des Hautes Études Scientifiques offered Buonanno an opportunity to conduct research in France immediately after university. Or what about Carlo Ratti, an excellent Italian technologist and architect who teaches at the Massachusetts Institute of Technology (MIT) in Boston and who, in Corriere della Sera, recently provided a clear, scientifically sound explanation of gravitational waves? But a dozen years ago, he also opened an international design studio in Turin that focuses on the evolution of high-tech for urban applications. Is this another example of human capital returning?

Seen together, the stories of these three people would suggest that it’s a bit more complicated than just “fleeing and returning”. Nowadays, the ease and speed with which we can travel and the development of new communication technologies has made a whole series of cross-cultural connections possible.

It is true that the thousands of young people, often the smartest and most determined, who leave Italy in search of better career opportunities and a better life can be seen as a detriment to the Italian economy, and all those who have been complaining in the news and on social media in recent days about the lack of attention being paid to this systemic problem in Italy (such as Roberta D’Alessandro, an Italian linguist in the Netherlands, who wrote a recent, viral Facebook post addressing Italy’s Education Minister, Stefania Giannini, criticising her use of statistics in an attempt to show how well Italy is doing in the development of human capital) are right to speak up. Although a certain sense of defeat and flight of the best minds abroad is certainly justified, the story doesn’t end there.