In memory of Falcone and Borsellino: the maxi anti-Mafia trial, a legal monument that is still topical today 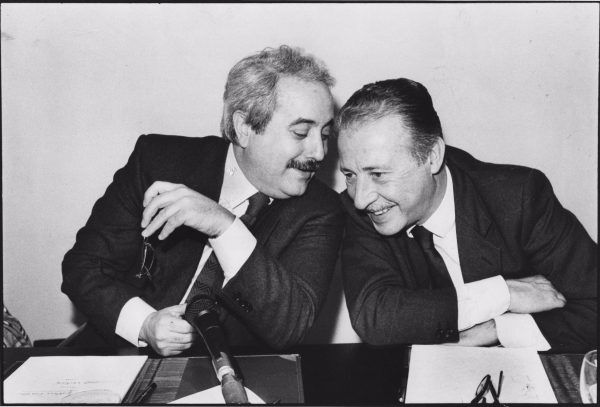 Anniversaries and commemorations are useful. To keep alive the memory of occurrences and their actors. To try, with intellectual honesty, to make the strength of a myth topical. To remember history, avoiding a misrepresentation of its spirit with the precarious controversies of current affairs. Twenty-five years ago, on 23rd May and then on 17th July 1972, bombs led to the massacre of Giovanni Falcone and Paolo Borsellino and the men and women on their security detail. Now, a quarter of a century later, there are celebrations, ceremonies, debates, TV programmes. And books.

Opportune and appropriate books, such as the one by Piero Grasso, today the president of the Senate, for many years a magistrate involved in the fight against the Mafia, in Palermo and in Rome (“Storia di sangue, amici e fantasmi” (Story of blood, friends and ghosts), edited by Feltrinelli, with a lucid foreword by Sergio Mattarella, president of the Republic, from Palermo, a lawyer and politician of great standing, the brother of a serious gentleman politician, Piersanti, who was murdered by the Mafia in 1980 because he demanded the Sicilian Region implemented the culture and the rules of “good government”).

What and how to write, in memory of Falcone and Borsellino?Remembering the maxi trial, first of all. Having begun on 10th February 1986, and ending with the verdict in the first instance in the autumn of 1987 (so, quickly and promptly) with just, strict, exemplary sentences (17 life-sentences for bosses and killers responsible for thousands of murders and 2665 years’ imprisonment for the other defendants) and confirmed by the Supreme Court in early 1992 (after an attempt, rendered legally futile, to resize the sentences before the Court of Appeal).

It was a significant trial. Because it had been built exceptionally by the precise investigations of an anti-Mafia pool wanted by Rocco Chinnici (who was in fact murdered for this very reason in 1983), led by Antonino Caponnetto and consisting of Giovanni Falcone, Paolo Borsellino, Giuseppe Di Lello and Leonardo Guarnotta, with the support, for the Public Prosecuter’s Office, of Giuseppe Ayala. Based on properly conducted investigations by the police, the Carabinieri and the Guardia di Finanza finance police, who fully cooperated without any conflict between the various police forces. With the case wisely and scrupulously prepared, searching for proof in data, facts, documents and backed always by the revelations of the “pentititi” repentants (Tommaso Buscetta and Totuccio Contorno, first and foremost). Addressed, during both the investigations and the hearing, without any leaks of information, spotlights, media tricks (the same cannot unfortunately be said of many other subsequent trials). And then handled in court with extraordinary skill by Chief Justice Alfonso Giordano and Associate Judge Piero Grasso (all names which must be remembered as excellent servers of the State, men of law and justice): observing the rules, the code of criminal procedure, the rights of the defendants and the relatives of the victims.This left no room for delaying tactics, pretexts, pandering tricks on the part of the defence.Nevertheless listening to the requests of the defence lawyers: a well-built, rule-abiding defence is also part of good justice. The defence was made “during” the trial. And not “from” the trial, pursuing the convenient yet indecent loophole of becoming statute-barred.

That maxi-trial was a legal monument. Where the State won, doing its job as State well, in other words applying the law. And the Mafia lost.

So remembering that maxi-trial, studying it, taking it as an example of legal civility and procedural technique (even now that the Code of Criminal Procedure has changed) is a good way to pay homage to Falcone, to Borsellino and to all those other men and women of the State whom the Mafia slaughtered. Good people. Not heroes. But custodians of law and civility, against Mafia violence and silences, omertà conspiracy of silence and corruption in the many accomplices of Mafia bosses.

Their teaching still applies today. While the Mafia continues to be active and present (not just in Palermo and Trapani, but also in Milan) and a rhetorical and wordy ”anti-Mafia” spreads, small talk and rumours are built up, special interests are strengthening, in the shadow of the declarations and not of the facts, on stages where the anti-Mafia is more an “act” than an action. All the opposite to the lesson taught by Falcone, Borsellino, and also by many other victims, Costa, Chinnici, Russo, Terranova, Montana, Cassarà and so on and so forth.

There is a second lesson that Falcone taught us we should remember: the battle for legality is one of the fundamental elements of the sense of State. The application of the rules of the Constitution. The everyday routine of a “civil servant” i.e. a magistrate. Without delusions of grandeur. With a strong sense of the institutions.

We live in complicated times. Times when, on many occasions, the instruments of justice are used with a shortage of respect for procedures (indeed the form of the law, as Kelsen taught us, is a guarantee of justice) and with the most attention given to media clamour. The media trial is in fact the exact opposite to a just trial.

It is true that essential reforms are late. Attitudes of political partisanship still prevail, even in environments which should be inspired by the culture of law. And badly made laws offload onto the judicial authorities burdens and responsibilities which should instead lie with the government or legislators. Yet even from this perspective, Falcone and Borsellino’s lesson (and that of other magistrates who have made the history of the Republic) can provide useful instructions of the utmost topicality: the magistrate applies and interprets the law within the boundaries that are specified by the law itself and can also contribute, with indications and advice, to have the Parliament write better, more efficient laws. The work done by Falcone at the Ministry of Justice on the new anti-Mafia regulations is an example of this (not an improper bargaining with politics, which is what self-righteous pompous individuals had accused him of doing, but a serious institutional commitment).

There is still another indication to reflect on, “in memoriam” but also applicable to current affairs. The justice machine can operate better, despite the fact that it awaits reforms. The evidence from, just to mention one example, the judicial facilities in Milan can be used as a paradigm.

The 2016 financial statements of the Court of Appeal, of the Court and of the Public Prosecutor’s Office, presented in early May (and processed with the scientific support of SdaBocconi and the contribution of Assolombarda) document faster time frames to conclude civil suits, efficiency and efficacy of verdicts from the Court of companies (68% of cases decided within a year, only 20% of verdicts in the first instance are brought before the court of appeal and, during the appeal, the verdict in the first instance is confirmed in 70% and more of cases: an important indication of legal certainty), but also in shorter time frames for criminal proceedings: 52% fewer pending suits between 2011 and 2016.

The improvement of the quality of justice in Milan is significant. To tackle the extending presence of organised crime (recent, well conducted investigations have hit the interests of both the ‘ndrangheta and Cosa Nostra in certain key locations of the Lombardy economy). And to tell the economic world and the civil society that legality is a fundamental hinge pin in economic growth and competitiveness (this is why good companies are so interested in the values and practices of legality and efficient justice).

“The Mafia is in no way invincible” declared Falcone. And he added: “It is a human feat and like all human feats it has a beginning and it will also have an end”. Making justice work well and credibly will speed up that end.