Milan the metropolis – open, innovative and supportive: here are the challenges with other cities driving Europe 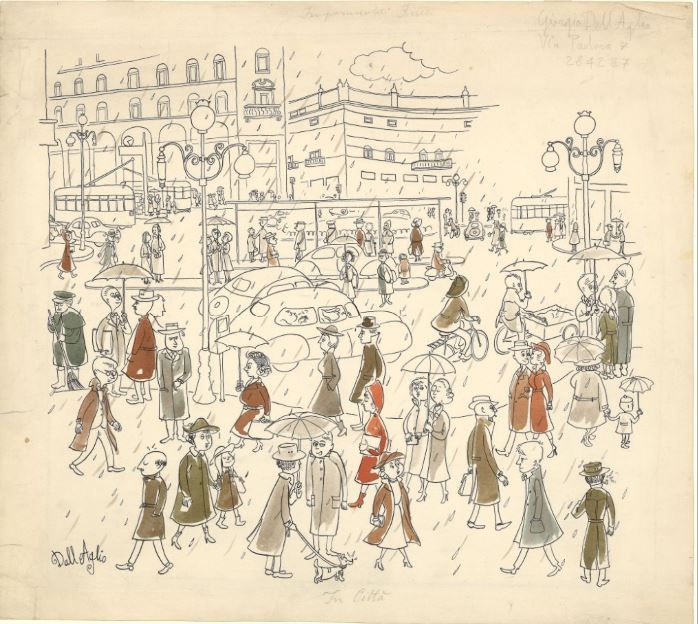 Milan, the most open-minded, European and enterprising Italian metropolis. Now busy dealing with a new cycle of municipal government. Following in the footsteps of the previous municipal council that was ably led by Giuliano Pisapia, yet with a leadership with sound managerial and international experience, that of Beppe Sala, “mister Expo”, fit to tackle the new challenges: attractiveness, competitiveness, innovation and solidarity. In a metropolis that has proven, post-vote, to be a dynamic island in an Italian political context where signs of rebellion instead prevail over those of concrete and positive governance.

Complex challenges are in store. Because, although it is true that Milan, more than other cities, has an economy, a culture and civil life which move forward independently of public-made decisions and expenditure, it is also true that, during these times of accentuated international competitiveness between cities and territories, the long-term decisions of good government have an extraordinary importance, in terms of development, for the future of a place in which, more than anywhere else, to seek and find new job and life opportunities.

Milan, today, is a place for businesses, culture, innovation, creativity, top-notch training (200 thousand university students, of which 13 thousand are foreign) but also for solidarity and commitment to sustainability, both environmental and social. Milan is “the place to be”, as the international media declared during the amazing Expo season. Milan, “the metropolis where the construction of new geometries between society, economics and politics is further ahead”, a “hybrid identity mid-way between market and society” with all the values of what is commonly referred to as the “circular economy”, according to Aldo Bonomi (Il Sole24Ore, 19th June), marking the positive inheritance of the municipal administration led by Giuliano Pisapia (“doing well” which is an essential trait and unfolded in two ways, i.e. legality and efficiency: not a single criminal investigation into the activities of Palazzo Marino: “Administrating with clean hands, without keeping them in one’s pockets”, sum up Pisapia’s supporters: another inheritance to treasure).

In short, Milan, a good engine for Italy. One which must continue to burn.

Yet how do things truly stand, in Milan the metropolis and in Lombardy, compared to the other “engines of Europe”? Better than in the remainder of Italy. But still not very well. The data were gathered by Assolombarda, the largest territorial association of Confindustria (which groups together 6 thousand companies from Milan, Lodi, Monza and Brianza: hi tech, manufacturing and outstanding services, making up for a good quarter of the Italian GDP), during the meeting held on 9th June. These data, illustrated by Chairman Gianfelice Rocca, show that Milan is growing, true, but less than in the areas of Baden-Württemberg and Bayern in Germany, than in Catalonia in Spain, than in Rhône-Alpes in France, which were picked as comparisons for competitiveness.

Let’s take a closer look at these data. Starting with a comparison with the economic situation prior to the Major Crisis. Lombardy still registers a GDP of -4.9% (change in 2015 compared to 2008) whereas Catalonia registers -2.9% and Baden-Württemberg +8%. Exports have got back on track and are driving the Country, but also in this perspective, less so than in other places: +6.9% in Lombardy (change in 2015 compared to 2008), +26.4% in Catalonia, +30.4% in Baden-Württemberg. In short: we have not recovered from the fall of the crisis and movement is still slow in the most dynamic sector, in other words exporting companies.

If we look at the rate of activity (the ratio of active population and the working age population, aged between 15 and 64), we are not doing that well: 80% Bayern, 79.4% Baden-Württemberg, 77.6% Catalonia, 73.3% Rhône-Alpes and just 70.8% Lombardy (better than in the remainder of Italy: …). As regards the employment rate too (those who have a job), we are almost at the back of the line, or nearly: 77.7% Bayern, 76.9% Baden-Württemberg, 66.6% Rhône-Alpes, 65.1% Lombardy and Catalonia just under, with 63.1%. The average employment rate in Italy is 56.3%: Croatia and Greece are the only ones worse off than us, and Germany leads at 74%, France 64.2%. To say it in short: there is greater participation in employment in Lombardy, as well as more employment than in the rest of Italy, but direct competitor countries are more active and produce more. And better. In other words, they also produce more added value, thanks to the better qualification of the workforce.

Confirmation of this gap can be found by analysing the number of graduates in the population. If we take as reference the class aged between 25 and 64, there are 19.3% graduates in Lombardy, the lowest rate among its competitors: 30.8% in Baden-Württemberg, 29.6% in Bayern, 37.4% in Rhône-Alpes and 37.5% in Catalonia. Things improve a little if you consider a younger age class, between 30 and 34: the rate in Lombardy goes up to 29.5% (they study for longer, including specialisation courses, with better qualifications) but our competitors are also growing: 36.5% of graduates in Baden-Württemberg, 36.7% in Bayern (in short, we are bridging the gap with the more industrial and productive Germans), 43.1% in Catalonia but a whopping 50% in Rhône-Alpes.  Fewer graduates, less productivity and competitiveness (without considering the type of degrees achieved and the relationship between training and employment, which is very positive in Germany for instance).

It is true that Milan and Lombardy are paying for the costs of the general malfunctioning and low productivity of the entire Italian system (invasive and inefficient public administration, complex and wasteful taxation but also high tax evasion, the low level of material and immaterial infrastructure, including the insufficient dissemination of “broad band”, lack of training, lack of attention on the part of a large part of the public opinion as regards business, merit and market culture, widespread corruption and the weight of criminal economies, etc.). However, aside from these highly conditioning factors, there are also entrepreneurial and social dynamics, in the metropolis, which need to be set back in motion. There are businesses to grow. Innovation to be stimulated.

If Milan is still perceived, even after Expo has ended, as “the place to be”, this title should be defended and reinforced. Otherwise, we will stop growing, get stuck, and sooner or later decline.

What to do? Assolombarda insists: Milan must rapidly travel down the road of the “smart city”, able to play on all sides of innovation, starting with the launch of Human Technopole in the former Expo area (university, research, cutting-edge businesses, especially in the “life sciences” sector). To become a “Steam” metropolis, based on the acronym consisting of the initials for “science”, “technology”, “education” as well as “environment” and “arts” (all the arts and creativity cultures) and “manufacturing”. “Milan has the social capital, the economic capital, the scientific capital and the aesthetic capital to play this game successfully, according to Assolombarda, which sees the metropolis as the “engine for Italian recovery” but also as the place for European excellence in the most innovative industry. A difficult challenge. Yet a totally possible one. To be won.