No more clerics or courtiers: intellectual work and critical thinking to build new paradigms of knowledge and development 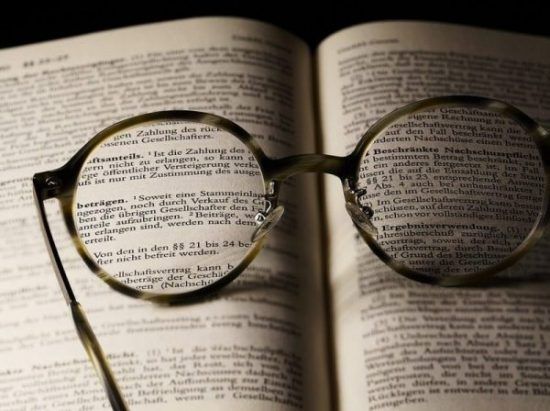 We don’t need critics to be either apocalyptic or integrated. We need critics with knowledge of the problems, who will make the right choices. These are the conditions that shape the commitment and responsibility of anyone already doing an intellectual job. With all the upcoming challenges of our controversial modern world, we need to look to the future, to a utopia, but at the same time have a realistic attitude to work, with precision and detail in daily life. Utopia and reform, to put it in a nutshell. This brings to mind one of the many philosophical lessons of Ernst Cassirer, as quoted in last week’s blog: ‘The great mission of utopia is to make room for the possible as opposed to a passive acquiescence in the present actual state of affairs. It is symbolic thought which overcomes the natural inertia of man and endows him with a new ability, the ability constantly to reshape his universe.’ It also leans on Karl Popper’s courageous ambition for an ‘open society’ and John Maynard Keynes’ daring and radical renewal of economic thought, all in the name of long-term crisis prevention through productive public investments and redistribution of power. This is democratic liberalism with strong social value.

‘Clerics, courtiers, mavericks. What is the role of intellectuals?’ is what we asked ourselves last week during a riveting conference at Cattolica University in Milan. It was a timely discussion, given the present crisis and the challenges it poses for the elites, of which intellectuals are considered an integral part in populist thinking. The debate covered the essential links between knowledge, skills, scientific progress, economic development and social evolution, and needs to be continued.

There are also other potential roles, beyond that of cleric and courtier. Intellectuals as people can bring together humanistic thought and scientific knowledge to create a ‘polytechnic culture.’ They can also give meaning to the new questions posed by evolving technology, conflicting interests in the dynamics of globalisation, and the recovery of local identities from the crises that lacerate politics, markets and society. In summary, we need clerics and courtiers who are capable of critical thought, not of slavish obedience. They must be committed to exerting an influence on the metaphorical church and monarchy in the modern forms they have assumed (be they institutions, political parties or companies). With the ability to influence power with skill and overcome the restrictive role of the so-called ‘organic intellectual’ from Marxist political science. And again, weaving original dialogues with the various components of the social body and above all with the indispensable ‘free intellectuals’ or, to put it better, ‘heretics’, to build a courageous, unprejudiced, innovative ‘public discourse’ (a good reference on this topic is Jürgen Habermas).

Italian intellectuals have had a rocky relationship with modernity, particularly from the second half of the twentieth century to the present, bemoaning the decaying peasant civilisation, while neglecting the realities of extreme poverty, degradation and violence, and losing sight of the fundamental rights of men and especially women. They have sought palingenesis, that is to say, veered between conservatism and Jacobinism. Thus have they avoided the responsibility of careful, patient and long-term change, of taking on the need to alter the course of things with a view to greater social equity and more conscious participation of people (in other words, reforming the Italian Constitution).

In short, at present it is worth trying to change the paradigm and reason critically on new ways of thinking, between science and philosophy, memory and the future, rights and responsibilities. Delve back into Max Weber. A useful method is the analytical, enlightened severity of and ‘heretical’ critical ability of Leonardo Sciascia (finally back on shelves, thirty years after his death). But also making available practical choices to the questions of sustainability, environmental and social, for balanced development. All this while being very careful that precisely this word, sustainability, so full of values, does not end up trivialised and stultified in public discourses, or translate into so-called ‘greenwashing’ of bad habits.

Apart from the misleading dichotomy ‘apocalyptic or integrated,’ there is a theme that calls for maximum attention: that of artificial intelligence, of cohabitation between human intelligence and machines capable of human thought. ‘Control and submission,’ as Remo Bodei has just written for Il Mulino, analysing ‘the two ends of a strongly asymmetrical power relationship that animates the history of humanity and that has gone through numerous metamorphoses in Western civilisation.’

Those relationships are now under particular strain and involve knowledge, the economy, political and social structures, manufacturing and consumption, as well as new instability and possible rebalancing. We must learn how to deal with it without being Luddites, but in the knowledge that the new horizons of Artificial Intelligence are by no means just another evolution in technology. Will humans dominate robots or will machine self-learning mechanisms and their amazing ability to process information create new hierarchies of power, subjugating us humans?

Outside the confines of science fiction, the problem goes beyond technical understanding and calls into question what it means to be human, the value of a person and of the community. This is fundamental intellectual work.

There are some who suggest that ‘it is time to think of algorethics, that is an ethics for algorithms,’ like Paolo Benanti, a Franciscan friar, scholar of bioethics and technological evolution, who argues: ‘If we want machines to support humans, then algorithms must include ethical values and not just numerical ones.’

The responsibility therefore lies with those who build, program, update and redefine these machines, who must ensure that the moment of choice is always overseen by a human. Herein lies the value of intellectual work. And in the constantly changing, resilient, and critical definition of the relationships between technology, social conditions (avoiding the inequalities of the divides resulting from access to high-tech processes), knowledge, and democracy. This set of relationships is held together by memory and metamorphosis, and challenges the search for meaning at the core of intellectual work.

‘Democracies are fragile in the face of technological supremacy,’ warns President of the Republic Sergio Mattarella, analysing with clarity, before an audience of young people (at the end of October, in Bergamo), the questions posed by the concentration of digital powers and insisting on the need to strengthen, with the formation and growth of critical conscience, the awareness of ongoing changes. That’s a task for anyone but clerics or courtiers.

In other words, innovation is one of the conditions of contemporary human philosophy, devoid of overriding certainties and easy answers. It is far from nostalgic; if anything, it’s open-minded. We must always be mindful, however, of the insight of another of the great reformers of the twentieth century, Gustav Mahler: ‘Tradition is not the custody of ashes, but the preservation of fire.’