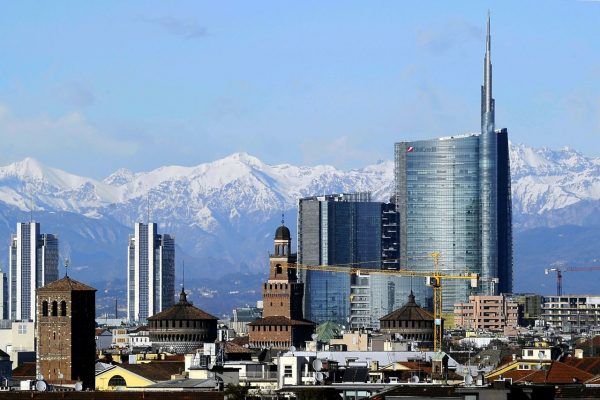 “In order to compete, a city must have wings and roots”. The synthesis is by Ulrich Beck, one of the major sociologists of our difficult times. And, in its apparent simplicity, it successfully sums up the sense of challenges on the improved development of a metropolis such as Milan, between the past and the future, strength of places and dynamics of fluxes. Milan has grown a lot over time. It expresses social vivacity and cultural and economic entrepreneurships as a “European Capital”, although it is not the political capital of the Country (it is similar, in this, to Frankfurt, in the dialectic with Berlin). And it continues to exert a strong attraction for people, ideas, capital that could be strengthened by the arrival of the Ema (the European Medicines Agency: a battle of skills and powers that is still open, with Milan in pole position) but that will nevertheless remain topical.

So how can we continue to expect it to grow? And which political choices to ponder, to define in detail, support? We can start with the realisation that the current economic competition is played between large metropolitan systems that are often transnational and integrated and no longer according to the traditional schemes of the nation-states. A path that is not however linear.

Indeed, the nation-states, in the current political climate marked by the crisis of globalisation, are regaining space in the popular imagination and in public debate. “Small countries” are even emerging, with a growing criticism against supranational institutions (including the EU, put to the test by the bureaucracy of the Brussels institutions and by nationalisms on the verge of meanness, especially in the areas of the former Central Europe on the border with Germany). There is therefore an open contradiction between the production flows and trade and the traditional state structures. And the political, economic and social problems of difficult governance are getting worse.

It is worth cherishing the lesson by Parag Khanna, a political scientist of Indian origin, and scholar of geo-politics: “The path towards global progress lies in the ability of cities to share the best practices among them”. Cities and large metropolitan areas, adds Khanna, “whose boundaries are established by connectivity,” material (large communication and transport infrastructure) and intangible (“digital” connections that however refer to a “physical” relationship between people and places, as we will cover in more detail shortly). So we are getting back, specifically in terms of “connectivity” for the democratic government and the economic and social development of a territory, to the dialectic (so dear to the analyses of Aldo Bonomi) but also the dialogue between the force of places (the roots, the national identities , the characteristics of “territories”) and the dynamics of the flows. Places-flows: a lacerating antinomy or a new hypothesis of civilization?

Milan offers interesting ideas to think about, if you look at it, for example, as an essential part of a large area that goes from Turin to Verona, from the North of Como and Varese (towards Switzerland) to the South of the “Great Emilia” and which has precisely the Lombardy metropolis as its centre of physical and cultural gravity, just along the manufacturing and cultural axis that welds continental Europe and the Mediterranean. One of the richest areas in Europe, pooling manufacturing activities (in accelerated transformation due to “Industry4.0”), hi tech services, knowledge and creativity. The redesigning of flows and places marked by rapid pace of High Speed Trains has started up this meta-geographical process.

Milan to be summed up with a unit of measurement of time and not of space: “Milano in an hour”. An hour by train (the return journey from Turin, Bologna, Verona and hopefully also Genoa soon). An hour or a little over an hour by plane (Paris, London, Munich, Zurich, Frankfurt, Barcelona).

Milan, in short, an attractive and dynamic metropolis. In the centre of large North/South flows (Mediterranean routes calling in at Genoa, the new Alpine passes) and West/East flows. With two major open political topics, between European challenges and a sadly short-term gaze of national policy (too tempted by provincialisms and clientèle): how to withstand the tension of international competitiveness? And how to drive the rest of the country?

This is why we must critically rethink the flows of metropolitan areas: physical flows and digital flows. And think about the characteristics of smart cities and smart citizens (Carlo Ratti does this with his usual acute intelligence in new book entitled “La città di domani: come le reti stanno cambiando il futuro urbano” [The city of tomorrow: how networks are changing the urban future], written with Matthew Claudel and just published in Italy by Einaudi). You address the radical transformations of work (indeed: of jobs), of territorial belonging, of social relations. But also of commercial spaces (just to make an example: how do Amazon and small specialists shops coexist with large shopping centres and local shops? and therefore how to diversify demand and quality of different responses, out of the shoals of corporate protectionism and the greed of the bigger traders?).

The redefinition of competitiveness and quality of life (and their interdependencies) lies at the unprecedented cross-roads of the pace of life, the pace of work, and social times. How enjoy free time (free from what?). And how to tie “smart working” with creativity and productivity strictly dependent on dialogue, on direct interaction, on joint research in the shared physical spaces of a company, a creative laboratory, a university lecture hall, a research centre.

There is still another topic to think about: the radical mutation of traditional urban classifications: centre-suburbs; offices-factories/homes; neighbourhood; square; near/far relations (near where? far from where?). A strong need, in short, to redesign metropolitan cities by innovating the relationship between the functions. And suburbs “to be patched up”, according to the indication of Renzo Piano and to reconsider as opportunities for a “new centrality”, according to the suggestion by Vittorio Gregotti (“Archipelago Milano”, on the Internet, is providing an opportunity for an interesting debate, with fine interviews by Chiara Ponzini).

In Milan the debate is under way, richer and more lively that anywhere else (thanks also to the positive experience of “new” areas such as Porta Nuova and City Life, with their skyscrapers). The open debates on the Human Technopole and on the gentrification of the seven large railway yards offer the opportunity for an extraordinary redesigning of the city, while areas in the urban centre are coming back to life, as are former industrial areas which were reborn in the nineties with new functions (Bicocca) discuss “cultural district” and relationships between training (university), services, new dimensions and functions of the vast territory of “North Milan”.

Against the background of these and many considerations, there is the “wiky city: relationships built according to “digital”, “internet of things”, “ubiquitous computing”, with the multiplication of “big data” and a virtuality that marks modern life. Yet returning, even along this path, from intangible relations to the positive materiality of relations. The prophecy of Manuel Castells, one of the greatest experts in communication of the second half of the Twentieth Century, is coming true: “Contacts born on the Internet need a place off-line to meet up”. The need for physicality is concurrently growing: physical meeting places are increasing, we are returning to the materialness of manufactured articles (the native digital generation is studying paper books). And we are dealing with unprecedented sizes of urban traffic in the frequency of daytime and night-time hours. A revolution that naturally also involves transport, beyond old habits and contradictions: no longer just public and private sectors, but “sharing economy”: “shared” cars, motorcycles and bicycles, with a strong “public” value of an “individual” use of transport within a “community”. Milan is the metropolis at the cutting edge, also from this point of view. Places and flows, functions and relations criss-crossing once again.