Settimo Torinese and its bid to become city of culture: an innovative place combining industry, art and social sustainability A great example of “polytechnic” culture 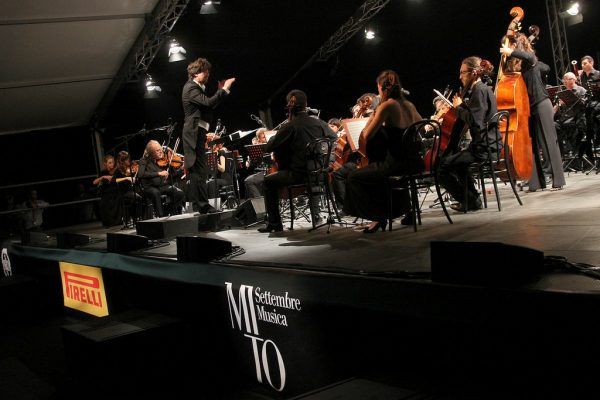 Can a small, industrial city, for many years seen as merely a suburb populated by factories and housing schemes, become Italy’s “city of culture” in 2018? Settimo Torinese, a town of 50,000 people on Turin’s commuter belt, along the motorway to Milan, has set itself this very challenge. It’s not a foolhardy one either, but a serious attempt to champion, within the public sphere, the idea that culture is not just for “art cities”. Albeit an essential breeding ground, culture can also be found in more “polytechnic” places, namely those with a tradition of manufacturing, industry and knowledge, of technological and social innovation, research, production relations, hospitality and integration.  In other word, places with are part of a broader definition of culture, and key contributors to a very Italian tradition whose roots extend deep into the country’s industrial heartlands.  A kind of culture that is laying the groundwork for a healthy future built on sustainable environmental and social development.

Proof that this bid to become “city of culture” – an idea advanced by deputy mayor Elena Piastra and immediately embraced by the whole council, led by Fabrizio Puppo (PD) – is not without foundation can be found in the list of sponsors. First and foremost, these include Renzo Piano and his Foundation (“Piano’s idea is to use the city as a thinking lab to create beauty,” deputy mayor Piastra explained). Theatrical actors the likes of Gabriele Vacis and Luciana Curino (author of outstanding performances in the series of shows dedicated to Camillo and Adriano Olivetti are a prime example of “polytechnic culture” and the virtuous relationship between urban and industrial development, such as that seen in Ivrea and its current reappraisal. Sponsors also include the Cinema Museum and Turin’s Circle of Readers (one of Piedmont’s most dynamic, cultural institutions); umbrella trade organisations like Confcommercio and Coldiretti; premier training and research organisations, such as Turin Institute of Technology and the Italian Institute of Technology; and the Compagnia di San Paolo Foundation, chaired by Francesco Profumo, former rector of the Institute of Technology and government minister for education. It goes without saying, obviously, that the bid is also backed by Settimo’s blue-chip businesses, from Pirelli to Lavazza and L’Oreal (who has plans to bring pioneering, high-tech production lines to Settimo next year).

In a nutshell, factories are creating culture and they’re doing it with a clear commitment to social responsibility. They are also engendering sustainability, embracing renewable energies and lightening their environmental footprint, as well as generating employment, inclusion, and widespread wealth creation. What we are seeing is an authentic “machine civilisation” or   “industrial humanism”, of which Italy has many excellent examples. Settimo is testament to this.

The “backbone” of the Pirelli complex in Settimo  is a transparent, brightly-lit building designed by Renzo Piano and is home to services, R&D labs, the canteen, the library (boasting 6,000 books, run by Pirelli employees and connected to Turin and Piedmont regional libraries, making it an excellent example and national paradigm for “organisational libraries”)  and sports facilities.  It is surrounded by five hundred cherry trees (“the factory in the cherry garden” as Piano loves to call it, revelling in the literary resonance.) The two factory wings house high-tech, efficient and safe manufacturing systems.

The Pirelli complex is an example of “the beautiful factory” – a site which combines aesthetic considerations with productivity; safety with sustainability. Above all, it makes such considerations the cornerstone of a new kind of competitiveness that many Italian businesses are embracing. Likewise Confindustria’s Culture Group which received wholeheartedly Settimo’s bid to become city of culture.

Factories are therefore fostering culture. And manufacturing excellence. And representation. They are holding classical music concerts (even using the plant as a venue for “Settima a Settimo” – a performance of Beethoven’s masterpiece 7th symphony – during the MiTo 2014 festival.) Theatrical productions are being staged (starring Marco Paolini and Moni Ovadia). Projects are being run with schools. Then there’s the stage production of “Settimo” in Milan’s Piccolo Teatro first, then in Turin, telling a story of labour, industry and social transformation. Directed by Serena Sinigaglia and sustained by Fondazione Pirelli, the show proved a huge success with critics and public, alike.

We see industry and culture come together, time and time again.

The growing tendency to reappraise industrial buildings is another example of this, as they are seen as testament to Italy’s heritage of design and building intelligence from the 20th century.  The new type of “cultural tourism” currently in expansion and embracing old and new industrial sites, business museums and changing industrial cities runs parallel with this. Venice Biennale and Milan Triennale are both part of it. The cultural events promoted by umbrella organisations Assolombarda and Confindustrial are testament to it. Fondazione Pirelli has brought the group’s architecture centre stage, starting with the Bicocca building and Pirelli towers, a masterpiece designed by Gio Ponti,  then Pirelli headquarters, built by Studio Gregotti  around the company’s former cooling tower (an industrial relic that has become the symbol of post-industrial transformation and able to sit comfortably among the landmarks of a growing metropolitan city like Milan, championing the spirit of the most innovative forms of industry) and the BicoccaHangar, a contemporary art space in a disused factory which has innovated, transformed and given a new lease of life to a former suburb. Attention is also turned, obviously, to the new plant in Settimo Torinese, in drawings and executive projects by RPBW, the “Renzo Piano Building Workshop.”

Which brings us back to Settimo and it’s bid to become “city of culture”. It offers everything from cultural monuments and museums (nearby Turin provides several outstanding examples) to a culture of design, drawing, building, and doing. Its strength is innovation; and hospitality (factories were, in the 20th century, and continue, in the present day, to be the ultimate cradles of Italy’s very emblematic tradition of hospitality and integration); and storytelling: in theatres, cinema, literature, contemporary art, and in the dynamic language of the web. It is a challenge to be embraced… and achieved.