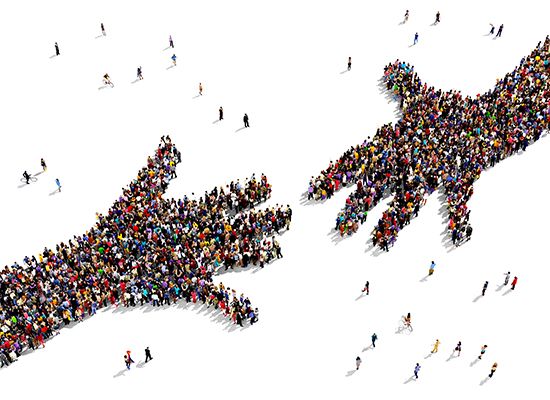 Italy’s strength also lies in its incredibly positive social capital, which has kept the country functioning even during the most challenging of crises. A social capital made up of cohesive communities, enterprising and inclusive businesses, voluntary organisations. Today this social capital is showing worrying signs of erosion. One of the sharpest and most authoritative observers of Italian society, Nando Pagnoncelli, chairman of Ipsos Italia, is sounding the alarm. ‘Confidence in non-profit organisations has crumbled,’ he wrote in Corriere della Sera” on 6 July, commenting on the results of an Ipsos survey ‘on Minister Salvini’s decision to prevent ships belonging to humanitarian organisations that have rescued migrants from the sea from docking at Italian ports.’

According to this survey, 59% of Italians agree with Salvini’s decision, as opposed to 29% against, with predictable higher consensus among voters for Lega (99%) and the Five Star Movement (77%). Support is also very strong among over-35s, the self-employed and the working class.

As for non-profit organisations, since 2010, confidence in them has fallen from 80% to 39%. Now only 22% of Italians believe that their actions are driven by humanitarian intentions, 56% that their motives are financial in nature. This is a significant statistic which we must consider carefully.

Pagnoncelli notes how ‘they have lost the aura of goodness they used to enjoy’ since Luigi Di Maio, leader of the Five Star Movement, described them as ‘sea taxis’ in 2017. He also notes how this has recently taken a turn for the worse, with angry clashes over the acceptance of immigrants.

The widespread fall in confidence, driven by the controversy surrounding migrants (the Diciotti and Sea Watch cases and so on), extends in general to the entire non-profit world. And at times of anxiety-driven and angry communications, characterised by an aggressive ‘friend or enemy’ dichotomy, it is above all the vast and extraordinary ‘third sector’ – ‘third’ after the public sector and private profit-making businesses – that pays the price. It the third sector that focusses on social issues, welfare, cooperation and solidarity: the ‘positive social capital’ we are talking about.

Pagnoncelli continues: ‘This drop in confidence has strongly affected an entire sector, one that includes not only NGOs (non-governmental organisations) involved in sea rescues and sheltering migrants, but represents over 340,000 bodies in the most varied sectors, from personal services (infants, the elderly, the disabled and so on) to culture, sport and international cooperation.’ It’s an entire world, a varied, complex and praiseworthy one made up of over a million permanent employees and 5.5 million volunteers in companies, cooperatives, associations, foundations and social organisations of great humanity with a crucial social function. It runs from Milan to hard-working Brianza, from the Veneto and Emilia to Campania and Sicily, with strong roots in Catholicism and a well-established presence also in secular organisations and service clubs. More than one in ten Italians works in the non-profit world or does voluntary work, according to Istat data reprocessed by Fondazione Social Venture Giordano Dell’Amore.

A worried Pagnoncelli goes on: ‘Together with confidence, donations to the non-profit sector are also falling.’ And he concludes: ‘This is just one of the many side effects of the coarse communication style of today’s politicians.’

His worries are well founded. The extreme rhetoric based on fear and anger that is proving increasingly popular among the political classes represents a serious threat to the foundations of civil society.

The anti-business stance taken by the government is amplifying the difficulties of an economic world on which our well-being, work, welfare and solidarity depends. Business is the main means of social mobility in our country, a key tool for rewarding and developing ‘the capable and the deserving,’ as our Constitution says. The attacks on the non-profit world from the authorities, beginning with immigrants and ending with judgements espoused for propaganda purposes, are worsening the situation.

Of course it isn’t a case of creating an ‘NGO party’ (nobody feels the need) or of placing them centre stage in a clash between the majority and the opposition, between Salvini and Di Maio and the Democratic Party, but rather of avoiding the effects of political manipulation and safeguarding, with non-profit organisations, NGOs and the third sector, a great civil legacy of Italian society.

In fact, leaving aside the individual news stories about rescue ships, closed doors, possible violations of law (whose veracity must be verified by the judiciary) and the need to regulate, in Italy and Europe, the huge phenomenon of migration flows, it is worth focusing here on the damage that a certain type of political propaganda can have on the entire country. It is particularly damaging to the weaker sections of society, whose day-to-day problems of support and assistance are answered non-profit organisations and social volunteering, as we have mentioned.

Responsible politics naturally requires rules. But it must also make intelligent distinctions, between those who violate the law and those who dedicate their time to supporting and assisting the elderly, the sick, those that live alone and communities wracked by social disadvantage. The crisis of confidence in voluntary organisations is a serious wound on the fragile social body of Italy. It’s a wound this country does not deserve.