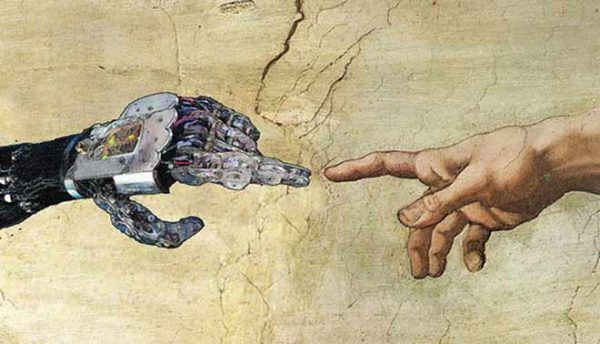 A “mechatronic Renaissance” is how Franco Mosconi, professor of Economics and Industrial Policy at Parma University, describes the “Top Performing 2018” classification of small and medium-sized companies (published in The Economy section of the “Corriere della Sera” newspaper, on 5th March). And with two words he captures one of the key features which are driving the slowly growing Italian economy: the as yet unfinished relationship between culture and economic growth, between training and productivity.

A Renaissance, then. The reference is to that golden age of Italian and European history, to the Fifteenth century of Humanism and to the Sixteenth Century of extraordinary artists (Leonardo and Michelangelo, primarily) in which philosophy and science, the creativity of the visual arts and writing, politics and economics witnessed an incredible ability to think about, plan, construct and tell of a world undergoing massive change, based on the guiding theme of a virtuous marriage of reason with fantasy, imagination and production. With everything founded upon man’s central role: a focus which was not an arrogant one, but one full of reflection, criticism, and a strength derived from the relationship between creativity and boundaries. A major undertaking.

And now we have mechatronics: the synthesis between mechanical and metal manufacturing, in which we Italians indeed continue to enjoy excellent international competitive positions, and the manufacturing processes linked to electronics, to IT, and to the digital world. A “mechatronic Renaissance” following the recent era of the “manufacturing Renaissance” defined by the Harvard researchers, in the midst of the Great Crisis which exploded in 2007, which re-launched the emphasis on the real economy, on industry, in a fight-back against the devastating greed of financial speculation. A cultural and economic turning-point. For a better understanding, it is worthwhile reading the pages penned by Ian Goldin and Chris Kutarna, both economists at Oxford, in “Nuova età dell’oro. Guida ad un secondo Rinascimento economico e culturale (Age of Discovery: Navigating the Risks and Rewards of Our New Renaissance), published by Il Saggiatore.

What sort of culture do we need, then, for Italy and its best companies to strengthen their own competitive abilities, in these times of increasing competition for Industry 4.0? “Technical colleges. We need radically to update our training system. And to invest in FTIs – Further Technical Institutes, based on the German model: every year Germany produces 740,000 graduates from its FTIs, compared to around 8,000 from Italian FTIs”, claims Alberto Bombassei, chair of the Brembo group (brakes and automotiveproducts par excellence), in launching the new training centre in Bergamo set up between the Confindustria industrial association, Manpower and Kilometro Rosso, one of the best Research and Development centres of the industrial North, in an attempt to overcome the burdensome lack of qualified personnel capable of developing the new production processes.

Bombassei, naturally, is quite correct. He is taking up the banner dear to the hearts of the Confindustria experts and of entrepreneurs (Attilio Oliva and especially Gianfelice Rocca) who for many years have in fact pinpointed the low level of dissemination of technical and scientific culture and training, as one of the key reasons for Italy’s sluggish rate of growth. And he is reiterating one of the most important gambles of the history of Italian schooling, as far back as the times of National Unity halfway through the Nineteenth Century: how to build popular training programmes which could facilitate not only the construction of a newly unified Italy, but also the Italian challenge in an era of mass industrialisation. What won through was the primacy of the “classical school” and of an élite with historic-idealistic characteristics, supported by Benedetto Croce and implemented by Giovanni Gentile. And the divergence between the so-called “two cultures” – humanistic and scientific – widened, to the entire detriment of the latter and with negative consequences for the positive dynamics of the Italian economy and society (this has also been documented by two high-quality researchers, Paolo Di Martino and Michelangelo Vasta, in the pages of their “Rich by chance”, about the “parable of Italian economic growth” through Il Mulino publications).

This is the point: the false dilemma between the “two cultures”. We need technicians. And intelligent minds capable of understanding and guiding us through change.

For some time, in fact, in an actual response to the questions raised by the incredible development of technologies, there has been a growing awareness of the need for critical thinking which can decipher hi tech complexity and direct and manage the processes linked to artificial intelligence, to the various biotechnologies, to the radical modifications dictated by robots, big data  and the digital production processes for the organisation of work. Dealing with the questions of cyber security (the recent events linked to fake news and to Facebook data are but a single example of this). And trying to understand and determine the economic and social consequences of the new cycles for industries, services and global trade.

To summarise the situation: we have a major requirement for technicians, who are well-trained to work with the new machines and to underpin strong Italian competitiveness. But also for philosophers, sociologists, economists and psychologists, who are in a position to understand and find a pathway through the new hi tech frontiers. And for artists capable of perceiving, representing and telling us about the change which is under way. Along the horizon of a new “machine civilisation”.

A turning point in training, then. Not based on a dichotomy of aut aut, either technicians or humanists. But through building syntheses based on et et, engineers and technicians who are also budding philosophers and, why not?, budding poets. The engineers of the Milan and Turin Polytechnical Universities, but also those of the Paris Ecole Centrale, seriously study philosophy and other humanistic subjects, precisely in order to be able to deal with ever new dimensions of technologies which are undergoing constant changes. And there is a reference case which we can examine: Leonardo Sinisgalli, an engineer with Pirelli, then later with Olivetti and with Finmeccanica, during the Fifties, and a poet of extraordinary effectiveness: “I go into a factory with my head uncovered, in the same way that one goes into a basilica, and I look at the movements of the people and their devices in the same way that one watches a church service…”, he wrote in 1949, describing the production processes at Pirelli Bicocca, which he had helped to introduce and enable to function.

Here is the second key point of this reasoning: if industry and research laboratories are to recapture “the spirit of the Renaissance” (hi tech and humanism), the men and women involved in the world of literature, of cinema, of theatre, and of art need to go back to the factory, in order to understand and tell us about, give voice to “industrial pride”, and transform their humanistic culture into a cornerstone of better economic growth.

It was precisely the Fifties and Sixties in Italy which served as the best illustration of this (this is documented in the pages of “Factory on paper”, an anthology put together by Giorgio Bigatti and Giuseppe Lupo about “the books which describe industrial Italy”, Laterza 2013). And in those times of recovery and commitment, in the run up to the “economic boom”, both technology and storytelling, industry and literature, went hand in hand. One example for everyone: the script by Dino Buzzati, the great journalist and writer, and leading “signature” for the “Corriere della Sera” newspaper, for “Il pianeta acciaio” (Planet steel), a 1962 film made for Italsider: an example of the capacity to pit oneself against work, building sites and factories and to define an exact language, neither rhetorical nor apocalyptic, in order to construct a fascinating story (the film was shown recently, on 19th March, to a gathering of students for the season “Fabbriche come cattedrali: il cinema industriale racconta l’estetica della produzione” (Factories like cathedrals: industrial cinema recounts the aesthetics of manufacturing), on the initiative of the Assolombarda association, the State University of Milan and the Cattaneo University of Castellanza).

The boundaries of training can thus be set out more comprehensively. Greater investment in Further Technical Institutes. And at the same time in high schools. With critical intelligence. As suggest Claudio Giunta, professor of Literature at the University of Trento (“E se non fosse la buona battaglia?” (And what if this were not the right battle?) Sul futuro dell’istruzione umanistica” (About the future of humanistic teaching), Il Mulino, leaving aside any rhetoric about the primacy of “classical” education) and Lucio Russo, scientific historian (“Perché la cultura classica.” (Why do we need classical culture?) “La risposta di un non classicista” (The answer from a non-classicist), Mondadori). Studies which are not “classical”, but “critical”. Precisely just what our so controversial current times require of us.