The New Italian Industrial Triangle of Milan, Veneto and Emilia: The Challenges of an Open Economy 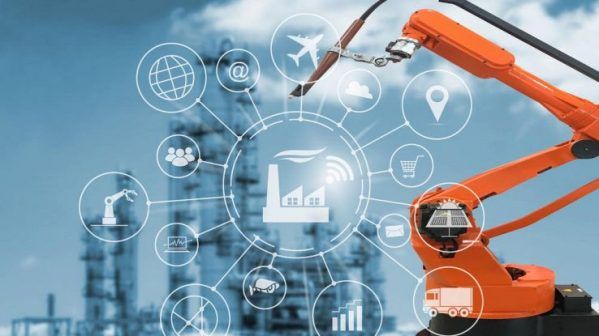 Writing the pages of a new economic geography. The vertexes of the new Italian Industrial Triangle are in Milan, in the small and medium-sized enterprises of Veneto and the pocket-sized multinationals of Emilia. After the 1950s and 1960s, when the major government-owned steelworks and shipyards of Genoa, Fiat in Turin and the banks and big entrepreneurial families of Milan formed the backbone of the industrial triangle, today’s economic dynamics have pushed hi-tech services, the economy of knowledge and the competitive mechatronics, chemicals, rubber, agribusiness and furnishing industries into the foreground under the sign of “Industry 4.0” and of exports and excellences from Italy, which is the second manufacturer in Europe straight after Germany. Over the past weeks in this blog we wrote about the “A4 Region” to describe the area spanning from Piemonte, through barycentric Milan, towards Veneto and Friuli in northern Italy. This new geography is currently being outlined in greater detail. Over time, we will find the numbers needed for analysis in a tool newly launched by ISTAT called RSBL (Registro statistico di base dei luoghi – Basic Statistical Register of Places) to take a sharper snapshot of the real economy (Corriere della Sera, 14 June) and which already now is pointing to Milan as leader of Italy in terms of added value in general and productivity in particular (added value per employed person).

The north-eastwards shifted industrial triangle gathered momentum last week during the creation of a strong new local association of Confindustria, called Assindustria Veneto Centro, that brings together companies based in Padova and Treviso. The new association counts 3400 members (mostly small but very dynamic businesses) with 160 thousand employed workers and is the expression of a system which in 2017 exported EUR 22.5 billion, corresponding to 37% of all exports from Veneto and 5% of national exports. This is Confindustria’s second local organisation after Assolombarda (Milan, Lodi, Monza and Brianza) which counts nearly six thousand companies and has joined Confindustria Emilia Centro, which following a recent reorganisation now has Bologna, Modena and Ferrara as areas of interest. The new industrial triangle is worth a GDP of EUR 324 billion (more than Denmark), a manufacturing value added of EUR 53 billion (more than Belgium) and has the potential to count in Europe’s powerful industrial heart.

These organisations are one of the best results of the so-called “Pesenti reform” which brought about a deep renovation in Confindustria in the direction indicated by a committee chaired by Carlo Pesenti (who hails from the time-honoured Italian capitalist family that headed Italmobiliare operating mainly in Milan and Bergamo). But they are not just all about representing companies better and improving the services offered to members. Above all they aim at making the role of social entities – i.e. well-organised companies – emerge to express their major contribution to sustainable development, employment, industrial relations, innovation, market improvement and to the international growth dynamics of Italian economics in European perspective.

A few more numbers will explain the matter in greater detail. The GDP as a whole of the area enclosed in this new industrial triangle is greater than that of the Netherlands, Sweden and Poland combined with a higher manufacturing value added than Spain. A hefty contender in Europe. This is a dense economy zone not only because of the presence of companies connected to one another by very innovative supply chains and production platforms but also due to the presence of universities and research centres, ultramodern services and logistics structures, tourist hubs, art centres, cultural organisations of international relevance (theatres, music, literary festival and art galleries), publishing and communications, both traditional and multimedia. Precisely for these reasons, in addition to a high quality of life (many cities in the area have been leading the yearly ranking of “Il Sole24Ore” of the cities which are best to live in) the area can drive a prestigious development project aimed at connecting continental Europe to the Mediterranean.

It is a strongly export-oriented open economy, well-integrated with Germany and French industries and as sensitive to dynamic market activities as ever. It is hostile to duty taxes, barriers, closures, protectionisms and economic nationalisms, focused as it is on attracting capitals, international investments, knowledge, skills and talents characterised by a high degree of innovation.

What does it do and can it really drive Italian development? Industrial policies which consolidate research and innovation (continuing in the steps of previous governments in the Industry 4.0 direction, half of all companies in Lombardia have taken advantage by investing in digital machinery and innovative processes). Support to competition and export. Choices for high-quality human capital training. Not to mention infrastructures, and tangible and intangible assets: roads, ports, railways with the completion of the west-east high-speed tracks, airports, intermodal logistic hubs and broadband internet for hi-tech communications. These are the infrastructures that are finding opposition in some corners of the new government as the result of misplaced environmentalism (we wrote about this in the blog last week). An interesting comment in this regard comes from Assolombarda, in the words of its president Carlo Bonomi: “We shall not compromise, we shall not accept ideological prejudices which hinder the construction of the works needed to develop our areas”. “In short, the new industrial triangle is an original geometric and geographic figure – fast and dynamic. And open.