This is “industrial policy”: infrastructure, research and training to make companies grow 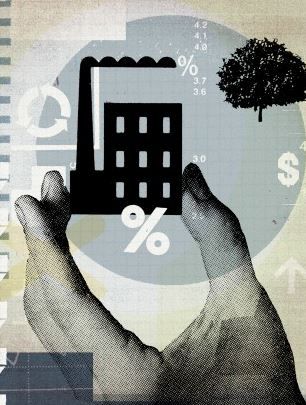 For Italy, an “industrial policy” is helpful. Or, to be more precise, a new and better industrial policy. Certainly not State intervention to support certain sectors categorised as “strategic”.  Or, even worse, support for companies in difficulty. And not even the protection of the so-called “Italian-ness” of companies (that is to say the maintenance of their ownership in Italian hands). What are useful, if anything, are the choices and public investments required to stimulate and attract private investment, both internal and international. Material and immaterial infrastructure. High-quality research and training. The creation of conditions which allow companies to grow, starting with an efficient administration of public services.

For a while, people have been talking about this. And the question of “should we” and “how should we” set up an industrial policy is now back at the centre of public economic discussions not least thanks to the debates linked to the recent general assembly of the Italian industrial federation Confindustria (where a new president, Vincenzo Boccia, was elected), to the positions adopted by the new Development Minister Carlo Calenda (“No more scatter-gun incentives”, “an end to those focus meetings behind the closed doors of a Ministry” to decide whom and what to finance) and to the publication of a new book by Franco Debenedetti, “Scegliere i vincitori, salvare i perdenti” (Choosing the winners, saving the losers), Marsilio, who, right from the title, expresses a clear idea, a no “to the insane concept of industrial policy”.

He is a libertarian liberal, Debenedetti. With a past career as an entrepreneur and a manager (and thus with financial experience on the ground, not simply intellectual knowledge) and then as a politician, as an MP in the ranks of the PD Democratic Party, with positions which were often out of step compared with traditional “left-wing” economics, and prone to public pronouncements. Here, in the pages of his well-documented and compelling book, the argument “against industrial policy” is explicit. Not without good reason, bearing in mind the inauspicious experiences of certain eras of the IRI, of the ENI but also of the EFIM and the EGAM state-owned enterprises, the dissipation of the “State Christmas cake”, the violation of competition, the wastage of public resources.

The debate is open, therefore. Historical. And present day.

With its choices of public investments for the construction of major infrastructure projects and with the activities of the IRI, ENI and Cassa del Mezzogiorno (Southern Italy Investment Bank) to sustain the transformation of Italy from an agricultural country into a European industrial powerhouse, the role of the State had been helpful. But then everything became tarnished through the distorted exchange between public spending and the achievement of consensus. From another point of view, that of private capital, here was “capitalism without capital”, the controversial role of Mediobanca, the protection of pacts with the unions, the “capitalism of relationships” cultivated in the so-called “cosy parlours”.  The well-known families somehow manage to save themselves, and market forces are kept on the margins. There is a perverse inter-relationship between entrepreneurs and politicians, with their survival in positions of power and profit, from the 1950s until the Tangentopoli corruption scandal. And so the distorted idea of the “primacy of politics” and protectionist policies on the part of the big industrial groups (car manufacturers, primarily), linked to the intrusiveness and resistance of an inefficient Public Administration, prevented for a long time, in Italy, the growth of a robust “market-oriented culture” and lively competition.

The crisis of the large company, particularly state-owned, which had discarded market-oriented culture and the contemporaneous flourishing (1970s and 1980s) of a widespread network of medium- and small-sized enterprises which moved into the market, the success of the “pocket-sized multinationals”, the “privatisations” signed off by Carlo Azeglio Ciampi and Giuliano Amato as key EU measures (which were important, even though limited and inefficient, such as the “hard kernel” for Telecommunications) and the new motivations of international competition, radically change the macro- and micro-economic picture in Italy too.

There remains significant resistance – political, union-based, but also from the echelons of financial and economic power. And notwithstanding the intentions to reform these areas, “local council capitalism” which has never been subjected to a crisis, and the dominance of the long arm of the public sector in services, energy and transport, remain solidly entrenched. This is the bad industrial policy, the one which needs to be criticised and finally archived.

It is worthwhile underlining, in contrast, the qualities of an Italy which remains, even after the crisis, the second-ranking manufacturing country in Europe, with the manufacturing sector accounting for 29% of GDP in Lombardy, and which also reaches nearly 27% in the regions of Tuscany, the Marche and Umbria (the average for Italy is 17%, against the EU target of 20% by 2020). This is also an Italy which is growing, despite everything, thanks to the dynamism of the companies which have an international markets-based culture.

The new industrial policy must be built on these foundations. From a positive relationship with the challenges offered by the new technologies (industry 4.0, digital manufacturing, big data, cloud computing), and by reinforcing the competitiveness of Italian companies.

“Resources for Industry 4.0”, is what has been promised by Minister Calenda at the general assembly of the Confindustria. Not incentives for the chemical or mechanical industries, or for shipbuilders or motorcar manufacturers (the old industrial policy, essentially). But infrastructure (starting with high-speed internet, without which no digital manufacturing is possible) and support for companies which innovate, improve product quality and the sustainability of production (lower water and energy consumption, a “green” industry), which carry out research with universities or public and private research bodies, which strengthen their capital base, which increase their size, and which go abroad to seek out niche markets and acquire other companies. No economic nationalism, no protectionism in the name of the so-called “Italian-ness of ownership”. “For me an Italian company is one which works in Italy”, interjects Calenda.

Today therefore “setting up an industrial policy” signifies laying down the conditions for growth of the market and of companies: in addition to improved material and immaterial infrastructure, the country needs public investment in training and research, a public services administration with a “light touch” and which is transparent, and legal and tax systems which are efficient and effective.

The “industrial policy” is, very largely, that of favouring a “market-oriented culture”. And of providing “public assets” (the training of engineers and technicians, just by way of a further example) in order to allow companies to feel at ease in their market, in the European and international markets, handling the challenge of the competition for quality.

So, what should the culture be? One of innovation. And of sustainability, both environmental and social. Of a culture linked to the company. And one of a company which can compete. In which sectors? It is not up to the Sate or the Regions to dictate these. Only the autonomous choice by companies themselves. Even if a little late in the day, in Italy people are finally talking about an industrial policy which helps the market.