What a misinformed Italy needs is science and competence, instead of the social media demagogy of “Right You Are (if you think so)” 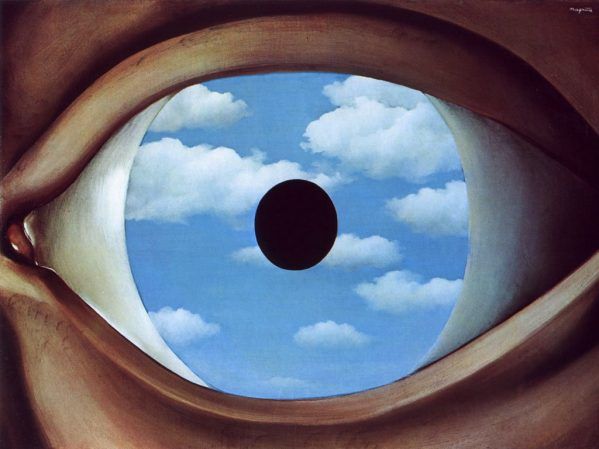 Here is the Italy that knows nothing of itself, perceives and tells things about itself which are mistaken, amplifies its actual difficulties and, misinformed, ends up as prey to the demagogues. A well-constructed survey by IPSOS, one of the most authoritative research centres in the world, and published by the Corriere della Sera newspaper (31st August) documents (on the basis of 50 thousand interviews over the space of the past five years) how it is actually Italy, out of the 13 countries involved, which has the most mistaken “index of perception” of reality, across a variety of economic and social issues.  Let us take just one example, which may as well be a topical one, of contemporary life, “other people”, the foreigners amongst us. In response to the question “how many Muslim citizens do you think there are for every one hundred inhabitants?”, the Italians reply 20, whereas in reality there are only 3.7. And for “out of 100 prisoners, how many were born in a foreign country?”, the Italians say 48, almost one in two, whereas in fact there are 34.4, one in three. There are similar divergences between perceptions and true facts in matters relating to health, the spread of technologies, work and unemployment, and birth rates. As regards the “index of perception”, we Italians score 100 (the maximum difference between perception and facts) and Sweden, the best informed and most strongly self-aware country, scores 53. In the middle, straight after ourselves, come the USA (90) and France (86), while at the other end of the scale there are the United Kingdom (76), Japan (72) and Germany (64).

“The perils of perception”, is the title of a book written by the author of the research, Bobby Duffy, a political commentator and manager of the English section of IPSOS, which has just been published by Atlantic Books, with a highly explicit sub-title: “Why we’re wrong about nearly everything”. Yes indeed, why are we so misinformed? Because of an excess of information streams, especially in the most hasty and confused media, starting with social media, and because of an ever-rarer critical capability. The effects: a serious crisis of awareness, people throwing themselves into beliefs, prejudices and fake news resulting in serious damage for civil cohabitation, for the equilibrium of the markets and for democracy itself.In Italy, as we have seen, more so and worse than elsewhere.

If we wanted to find noble reasons for such a separation between perception and true facts, we could even jump over to literature. “Così è se vi pare” – Right You Are (if you think so) – was written in 1917 by Luigi Pirandello, in his play about how impossible it is to know what is real. It was an extraordinary theatrical game, a penetrating poetical analysis of uncertainty in a rapidly changing world, but also dilemmas from a century ago.  In modern Italy where battling to grab our attention we find cultural approximation and ignorance, the vulgar dialectic of the “social media” and the hastiest of propaganda, perhaps it is not worthwhile trusting Pirandello’s interpretations of the shortfalls in knowledge or resorting to the sarcasm of Jean Cocteau: “The drama of our era is that stupidity has started to think”.

It would be better, instead, to try to understand the reasons and political sense of what is happening and to reflect upon the ways and on the places in which we can reconstruct a correct relationship between reality and representation.  Knowledge, competence, science, clear and reliable data, are fundamental for liberal democracy but also for balanced and sustainable economic growth (protectionism, border closures, anti-crisis nationalisations, boasted of as remedies to the crisis, instead aggravate its consequences, as the major part of economic literature demonstrates). Something altogether different, in fact, from the vagueness of storytelling or “narrative”, the distorted terms of the public debate. It is instead a matter of learning to reason on the basis of sound information (which has often been missing over recent years) and of insisting upon the essential nature of the values of science, of reliable data (gathered and assessed independently by authoritative research centres) and of a critical spirit.

In times of crisis and of complexities of situations, of conflicts and of divergences of interests, the easy answer is to simplify things via propaganda or to follow the contortions of emotional irrationalism or of “magic ideas” (such as those which seduced German public opinion during the Weimar crisis of the early 1930s and opened the door to Nazism, as is finely related by Benjamin Carter Hett in a book which was recently published in the USA, “The death of democracy – The rise of Hitler and the fall of the Weimar Republic”: rationality gives place to emotions, social unease seeks scapegoats instead of solutions, and critical public opinion transforms itself into a vindictive and angry mob).

We need, then, to reason on the basis of data and facts, documented analyses and reliable information. To read about economics and science. And to subject to verification affirmations and programmes. It is a cultural challenge. And it is precisely the business culture which is the crucial lever for this, based as it is on the rationality of crucial choices, the soundness of competencies, the numerical confirmations of activities, the worthiness of questions and the knowledge which constitutes the fundamental basis of competitiveness.

This is confirmed, specifically on the basis of the research which we are discussing, by Nando Pagnoncelli, chair of IPSOS Italy: “The results of the research give an idea of the seriousness of at least two scourges of our society, which are clearly indicated and extremely alarming. On the one hand, there is the very low level of education, with just 16.3% of graduates within the workforce, which continues to condemn us to the bottom of the EU rankings; on the other, there is the modern media diet where, alongside the TV, there is a dominance of “Do-It-Yourself” information on the Internet and across the social media”.  Minimal culture, disinformation, incompetence, and approximations in judgements. The social and political columns have, for some time, shown us disturbing testimonies of these characteristics.

How do we escape from them? “It will take a long time”, claims Pagnoncelli. And nevertheless “the only solution is that of the assumption of responsibility on the part of the three key elements of society: the institutions, the world of information and citizens themselves”.  One can add schools and, indeed, businesses – those centres for research, for science, and for the verification of results. A multi-technical culture shows that, in this matter too, it represents a tool for liberal democracy and for a crucial relationship with the truth and with growth.