Proctoids, or when a company is brought to life 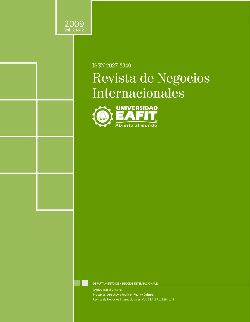 Corporate culture can eventually be taken on board by those involved in company operations to such an extent as to create an extremely strong identity and even coin a special name for those who work and effectively spend a large part of their active lives in that company. Totally non-authoritarian yet extremely pervasive, an identity which permeates the experience of individuals and characterises their existence. This is the case of the historic multinational Procter & Gamble, 170 years old and with over 130,000 employees in 80 countries, which has created a corporate culture that takes shape in the employees themselves, the “proctoids”, members in fact of a true corporate culture, unique of its kind and self-built over time.

For a better understanding Isabel Cristina Parra, from the EAFIT University in Colombia, has attempted to investigate among the work force of the multinational and has succeeded in confirming the existence of a homogeneous culture within the organisation analysed.

According to this research, initially theoretical and later empirical, in order to achieve production excellence P&G is organised into multi-function teams which offer an extended range of positions and career opportunities. This structure, Parra explains, has increased the level of diversity and arrived at the need to standardise conduct. Today’s corporate culture is the evolution of this organisation model which started out many years ago. Over the years Procter has realised that a common culture has to be created in order to maintain a good atmosphere. Furthermore the corporate values, principles and practices gained in strength as they started to pass from one employee to another, from one generation to another.

The conclusion of the work is clear: that each individual has a personal and unique cultural profile. In the same way a given group of people has a cultural profile which reflects the general cultural orientation of the people within that group. It can be said that there are dominant cultural laws at Procter & Gamble and an individual P&G profile.

Proctoids: Are they a Myth or Reality A Holistic Analysis of Procter & Gamble Corporate Culture