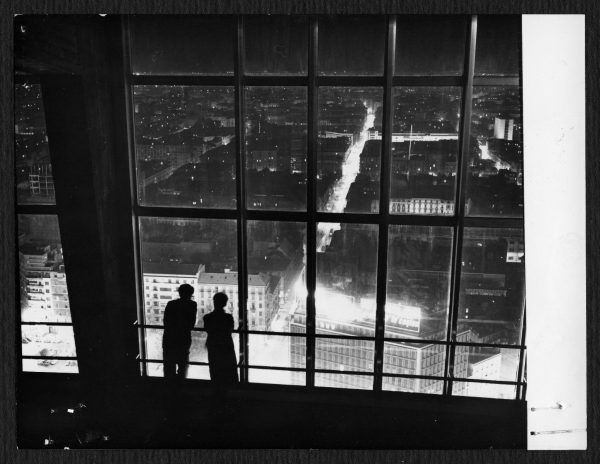 For the first time, Fondazione Pirelli Educational is coming to Tempo di Libri, the international publishing fair that will be held at fieramilanocity from 8 to 12 March. The Foundation’s teaching programme includes workshops for students aged between 6 and 18, with creative activities for families.

The Fair will also give children and young people and their parents an opportunity to find out about Pirelli magazine, a periodical of culture and technology published from 1948 to 1972 with the aim of combining technical and scientific matters with humanistic issues. Great names from the world of science and literature appeared in the pages of the magazine – from Italo Calvino to Salvatore Quasimodo, Umberto Eco and Eugenio Montale – as well as painters and illustrators of the calibre of Renato Guttuso and Mino Maccari. Contributions by Bruno Munari were published along with Riccardo Manzi’s amusing cartoons on automation and the colourful advertisements by Giacinto Mondaini, the father of the actress Sandra, as well as those by a very young Alessandro Mendini.

The writers and journalists who contributed to the historic magazine also included Dino Buzzati, who wrote eight articles between 1949 and 1970, revealing his love of the mountains, his childhood fantasies and the curiosity of his teenage years, and his interest in scientific discoveries.

Dino Buzzati and his writings will be the starting point for many of the activities. His “Little Stories of a Skyscraper”, which appeared in the magazine in 1970, ten years after the construction of the Pirelli Tower, will be the stars in the creative trail on the first day, which is designed for primary and second-level secondary school pupils. Listening to his words, the children will be able to imagine the architect Gio Ponti, the interiors of the “Pirellone”, the stunning views from the top floors, and the ghost of the founder Giovanni Battista Pirelli, thus observing the profound changes that have swept through the city of Milan and its skyline.

The second course, for primary schools, called “Dino Buzzati and the Martians, and the Discovery of Rubber”, quotes from an article the author wrote for Pirelli magazine in 1957, in which he takes us into the science-fiction world and, with a great sense of humour, illustrates the modern uses of rubber.

Taking up the example of “Dino Buzzati’s Reasons Why”, a column the author wrote for some years in the Corriere dei Piccoli, the students will play a card game to discover the origins of rubber, the ingredients and characteristics of a tyre, and details about the Industrial Centre in ​​Settimo Torinese. And they will come up with their own new reasons why.