Pirelli and telecommunications:
the history of the Città di Milano cable-laying ship 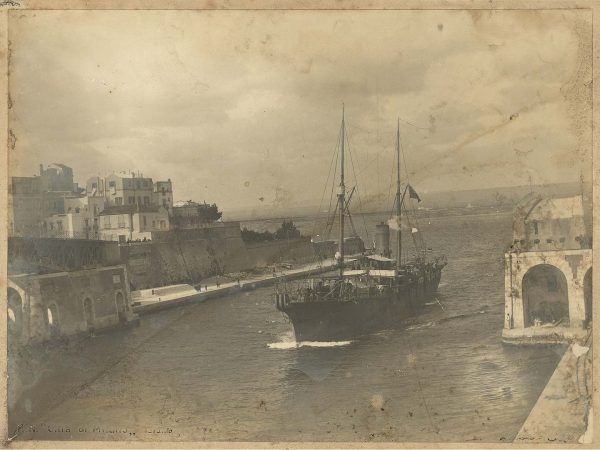 Christened as the “Città di Milano“, the Pirelli cable-layer was built in the Sunderland shipyards in England, and launched in 1886.

70 metres long, it was fitted with three circular tanks that could contain up to 450 km of underwater telegraph cables, immersed in seawater and already joined at the factory before being placed on board. That year, Pirelli also built a special factory by the sea in San Bartolomeo, near La Spezia, where the submarine cables were to be made. It was bold challenge, due to the technical complexities of this type of production, but Giovanni Battista Pirelli was determined to wrest the monopoly of the cable industry from England. Since 1866, after a telegraph cable was laid, amid countless difficulties, between Britain and North America, English companies had been building a vast network of submarine cables throughout the world. Even the first connections in Italy, between the peninsula and the larger islands, had been laid by the British. In 1885 Giovanni Battista Pirelli managed to stipulate a gentleman’s agreement with the Italian Government for 12 submarine cables – for a total of 800 km – to be laid between the peninsula and the smaller islands, and the task was completed in 1887 and 1888.

Pirelli later began to win contracts also from other countries, competing with the most important British companies: in June 1888 it won a Spanish Government contract for a cable between Spain and the Balearic Islands and later, in 1890, for 7 cables connecting Spain with Morocco and Tangiers. After various repair campaigns, also on behalf of the British on their own networks, in the Mediterranean, the Red Sea and the Indian Ocean, in 1908 and 1909 the Città di Milano was engaged in repairing the cables across the Strait of Messina, which has been damaged by the earthquake, while also helping to bring food and aid to the population in the disaster zone.

During the Libyan war and the Great War, the Città di Milano was used on a number of military missions, such as that of cutting the Austrian’s Trieste-Corfu cable in May 1915, which was the only enemy cable still in use after war was declared. The glory days of the Città di Milano came to an end a few years later, in 1919: on 16 June of one hundred years ago, while sailing off Filicudi to repair the telegraph cable that connected the little island to nearby Alicudi, the steamer sank after hitting a rock. 26 crew members died in the accident, including the engineer Emanuele Jona, head of the submarine cables service and a pioneer of electrical engineering, as well as the author of important studies, particularly on the technical problems involved in the electrical insulation of cables. These works are now in the Pirelli Scientific and Technical Library at the Foundation. 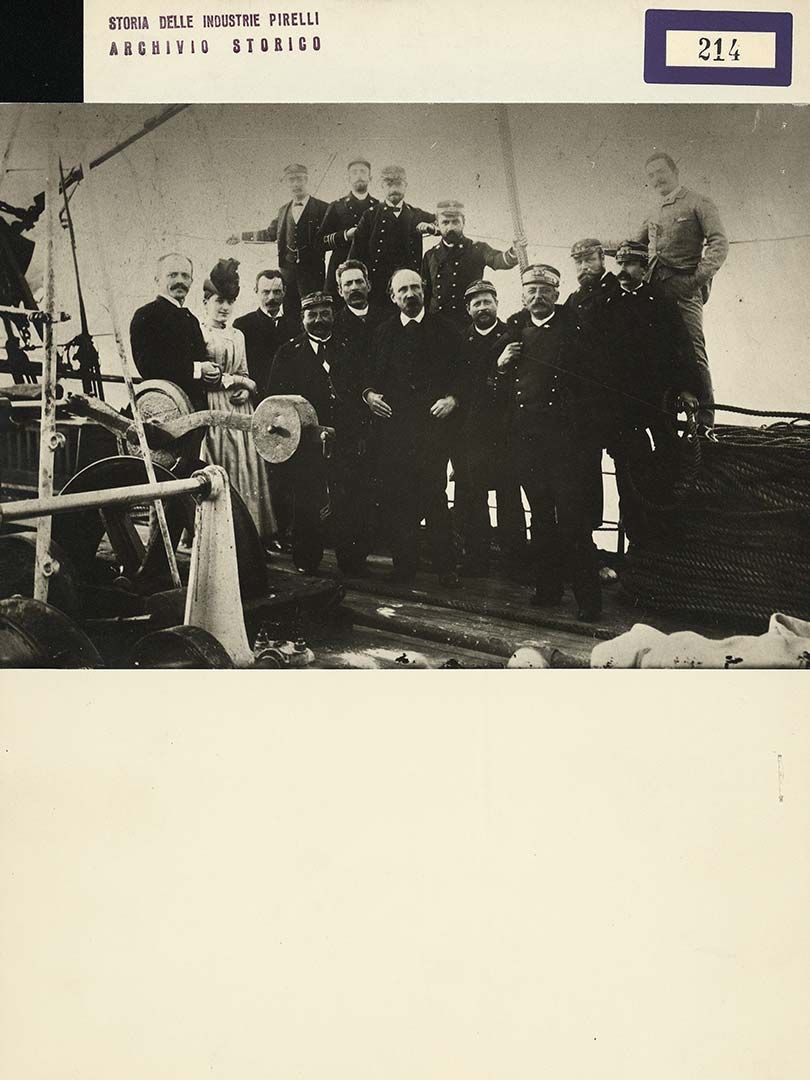