Pirelli has helped shape the history of visual communication, in Italy and beyond. Ever since it was founded, the company has always understood the importance of effective advertising, through experimentation, innovation, and quality, involving artists, designers, photographers, and writers of international renown, from concept to creation. The huge collection of Pirelli advertising materials in our Historical Archive consists of a variety of items, including sketches, layouts, camera-ready copy and proofs, and final printed materials, dating from the early twentieth century to the 1980s, making it possible to examine many aspects of history. These include company strategies, clients, and advertising graphics, but also production and printing techniques before the advent of the computer. Until the 1960s, both the sketches of the various advertising proposals and the final layouts were made by painters and graphic designers on paper or cardboard using crayons and coloured pencils, watercolours, tempera, charcoals, inks, and collages. From the 1960s onwards, the use of photography and texts became common in advertising and, with the advent of photocomposition, also the production techniques changed. Layouts and print-ready copy in the 1970s and 1980s consisted of a card on which the texts and images were composed after being printed by the filmsetter, and then cut out and applied with adhesive tape or glue. One or more transparencies laid on the card added other parts of the layout, or information for printing.

Some time ago, the Pirelli Foundation, which is committed to the conservation and promotion of the Historical Archive, started work on restoring these advertising materials with experts in the restoration of works of art on paper. The first project to salvage and restore advertising sketches, dating from 1910 to 1966, took place from 2010 to 2013 and involved about 200 drawings for advertisements and for illustrating Pirelli magazine. Work on these materials included cleaning, consolidation of the margins, correcting lifting and loss of colour, and mending tears. The restoration of camera-ready copy from the 1970s and 1980s has been underway since 2016: thousands of items consisting of different parts – cards, papers, transparencies, and photographs – that had been assembled using glue and adhesive tape. In addition to cleaning and consolidation, the task thus involves removing harmful substances and materials such as glue and adhesive tape, wherever possible, and replacing them with materials that are suitable for permanent conservation.

In order to make known and to promote this important historical and artistic heritage, the restored materials were also digitised and analysed in two publishing projects edited by the Foundation and published by Corraini Edizioni: A Muse in the Wheels (2015), devoted to Pirelli advertising from the early 1960s and Advertising with a Capital P (2017), which looks at Pirelli advertising from the 1970s to the early 2000s. From restoration to publication, telling the story of almost 150 years of visual communication. 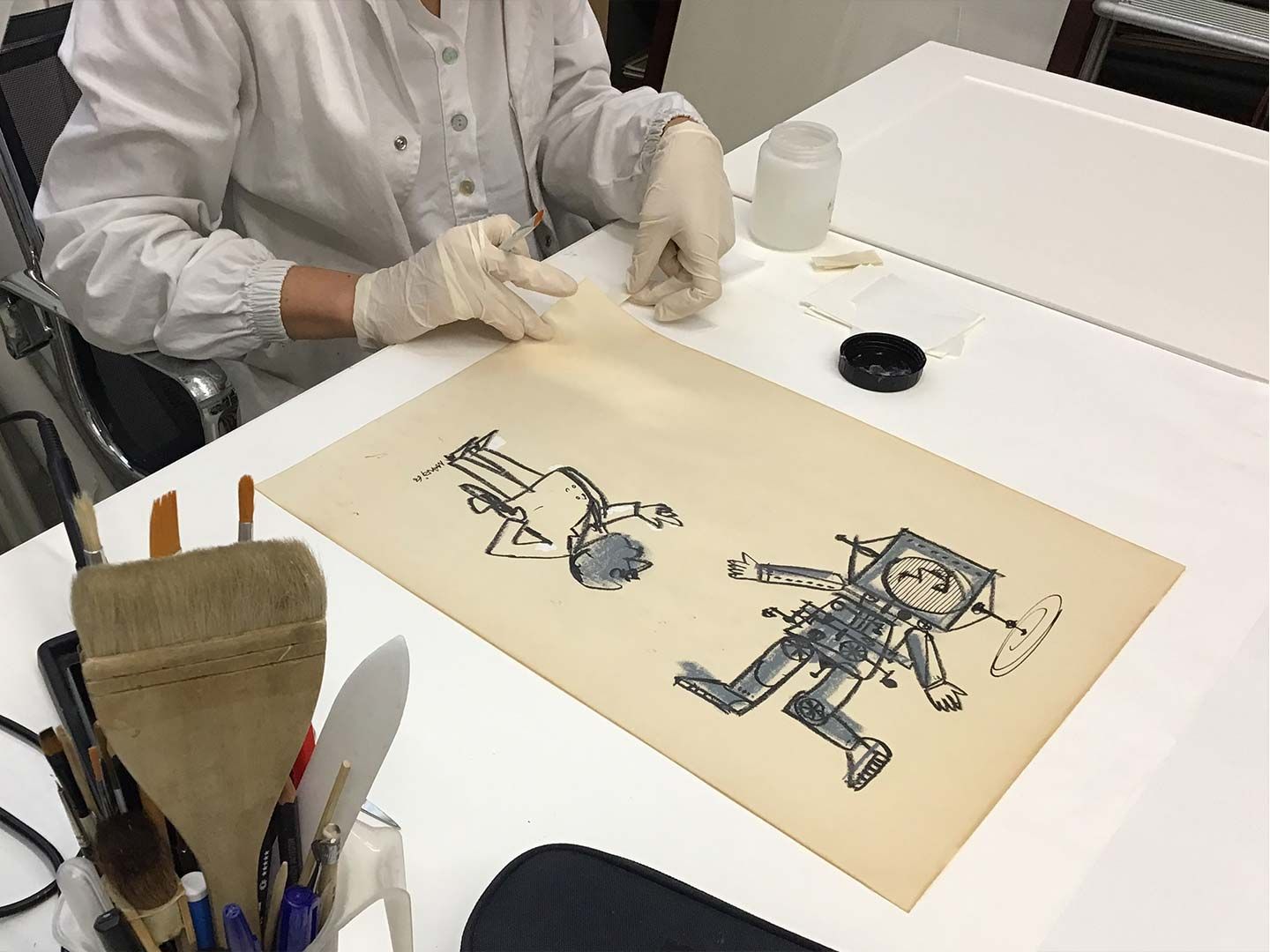 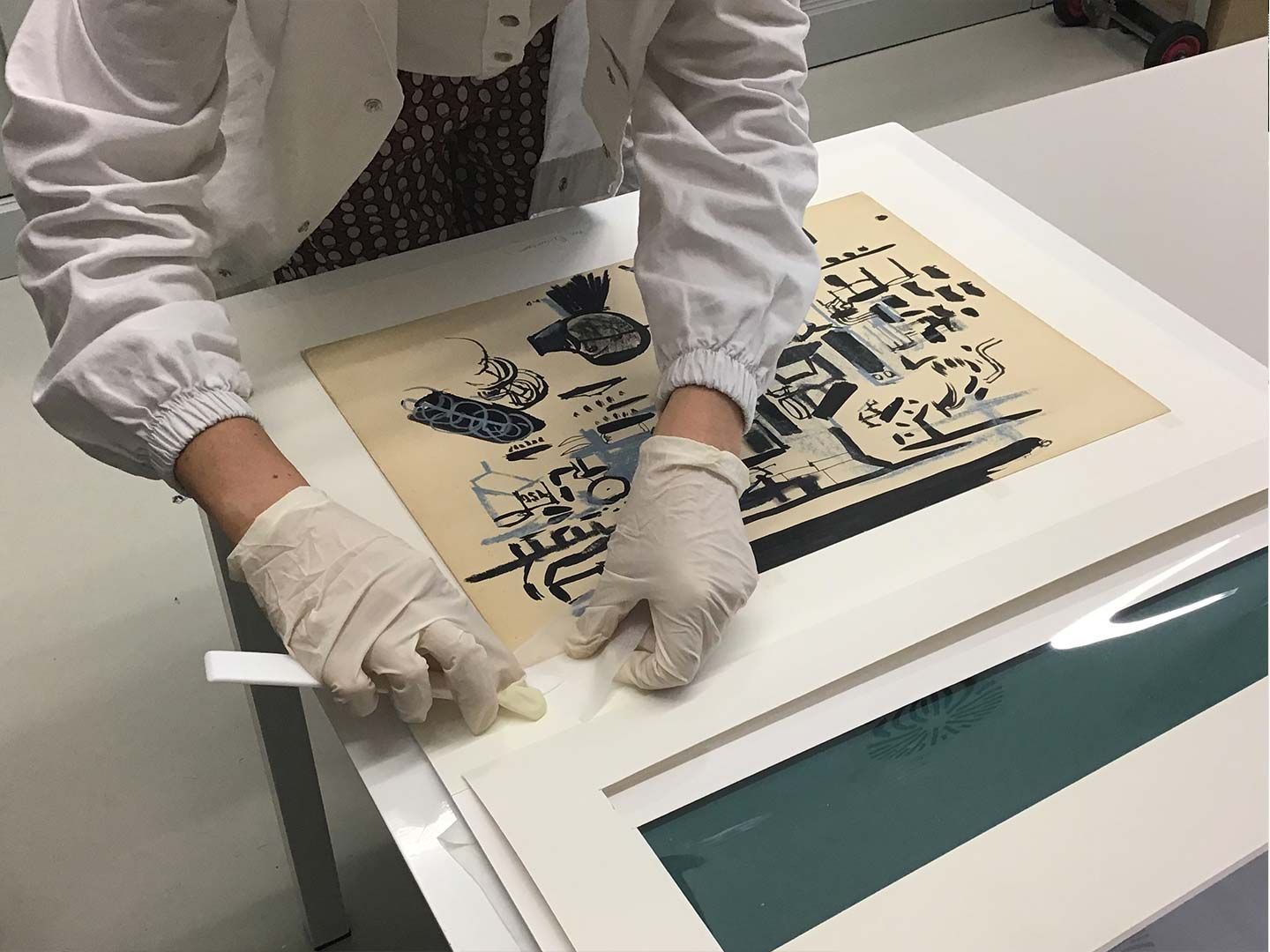 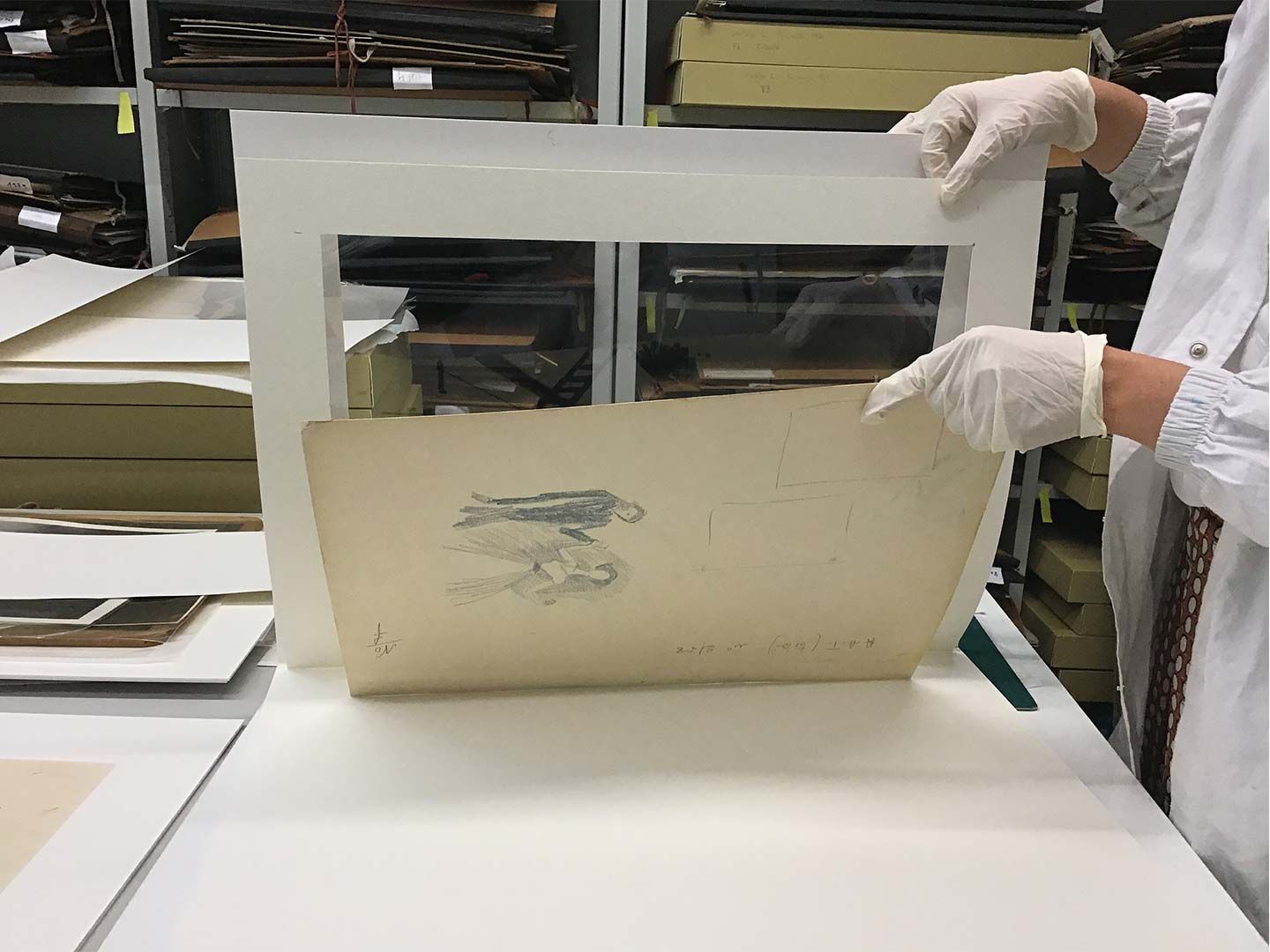 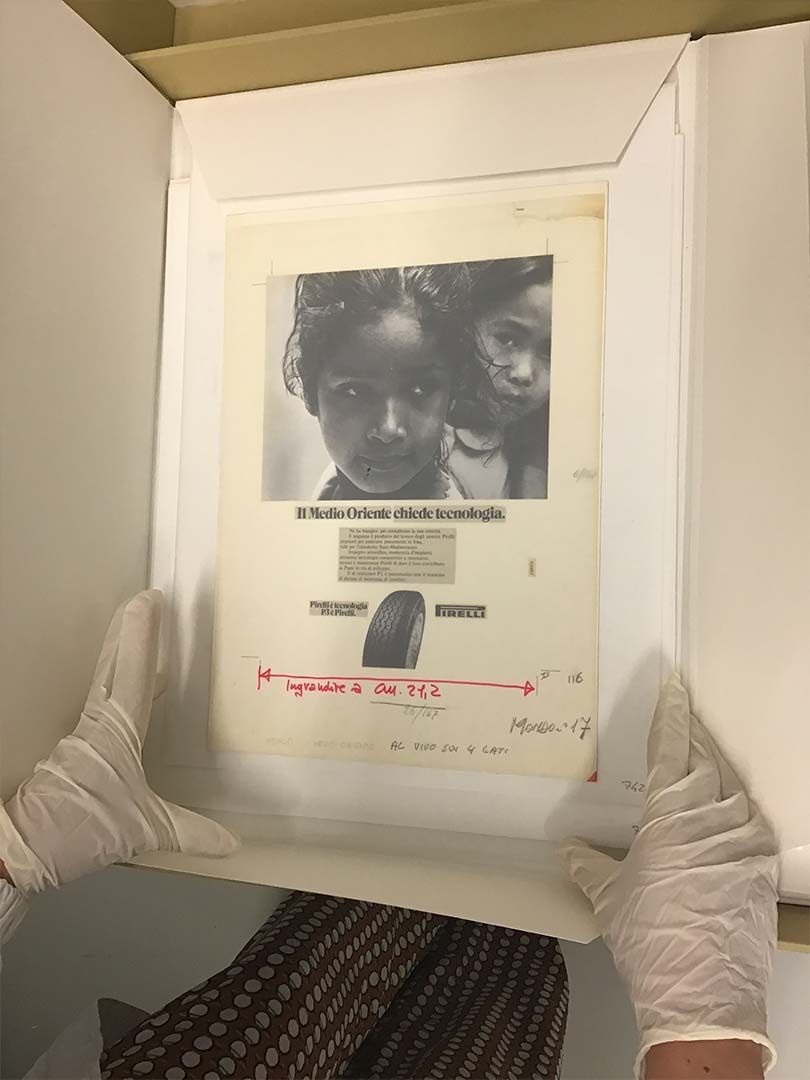 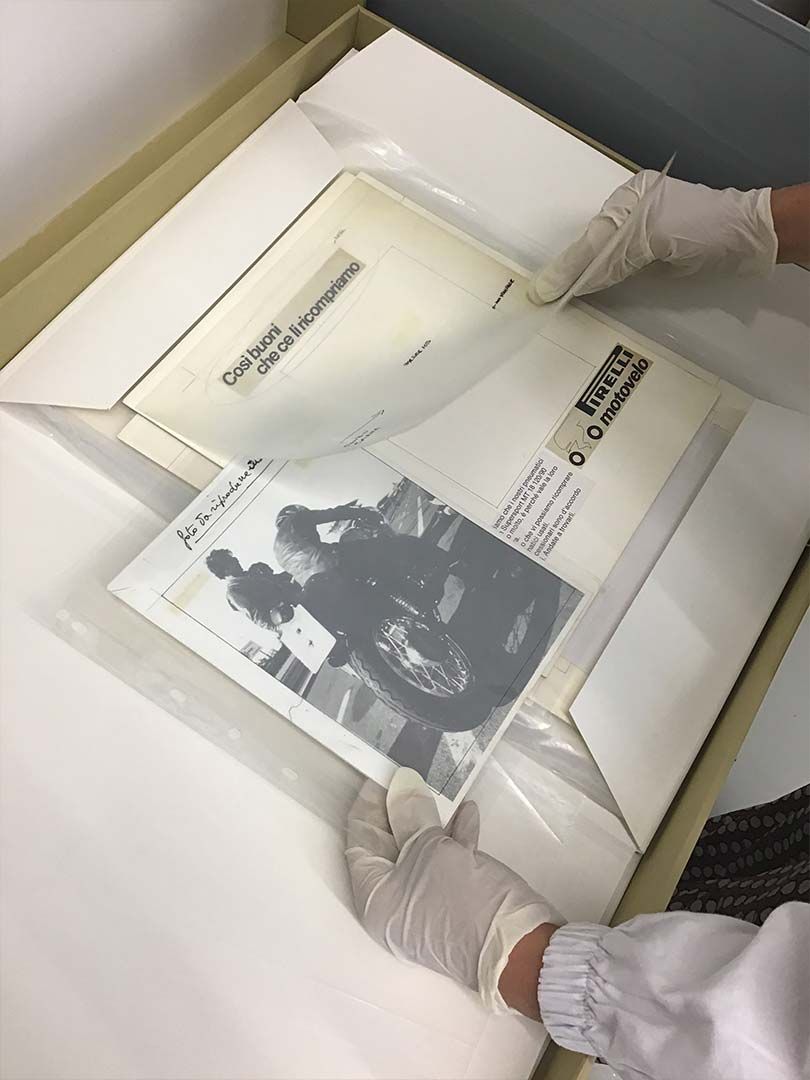