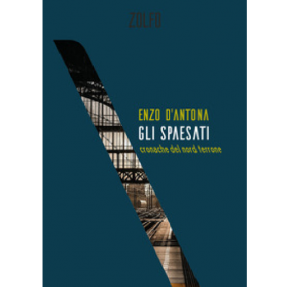 Gli spaesati – the disoriented, in stories of a low-life “terrone” north – is the title of a delectable novel-reportage by Enzo D’Antona, a journalist of great standing with considerable experience as a writer (for L’Ora, Il Mondo and la Repubblica) and as a newspaper director (Il Piccolo, La Città). They are disoriented as intellectual emigrants from a provincial town in Sicily (with degrees in their pockets and suitcases full of hope) “not to see the world but because we needed a job”. Disoriented because they never really fit in, either in Turin or in Milan, in industrial Genoa or in Trieste. Forever suspended between a South full of memories, which is hard to return to, and a North where they find work and a certain affluence but not much in the way of sophistication or a satisfactory identity. Victims of a disorientation that is really “a never-ending cultural genocide”. And yet, despite everything, citizens who can see an Italy in distress, just as “disoriented” itself between Europe and the Mediterranean.   Gli spaesati. Cronache del nord terrone Enzo D’Antona Zolfo Editore, 2020