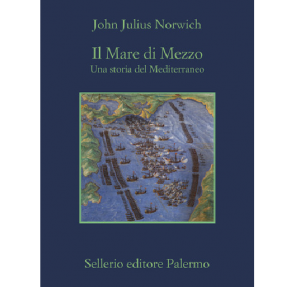 The Mediterranean. Civilisations, religions, voyages, conflicts, trade. And stories. At a time when the world’s power dynamics are shifting, it is worth going to the roots of the cultures that gave our history and that still make their voices loudly heard, so that we can better understand the meaning of words that characterise our time. Like Europe. Freedom. God. Person. And dialogue. This is what the English writer John Julius Norwich, a former diplomat and historian, does with great skill in The Middle Sea, published by Chatto & Windus, a voluminous (over a thousand pages) yet free-flowing history of the Mediterranean. It starts with the Phoenicians and Egypt, with the sophisticated dynasties of the pharaohs, and reaches all the way to the aftermath of the First World War, when three empires collapse and the centre of gravity of the world moves out to the oceans. In between, there are two thousand years in which the great Greek and Latin civilisations laid the foundations for an intricate network of relationships, powers, and policies that bound together politics, economics, faiths and interests. Norwich is a master at narrating people and cities – proud Venice with its powerful merchants until its arsenals and trade declined, and Madrid that expanded, becoming the capital of an empire before falling as it failed to confront the modern world. Il mare di mezzo. Una storia del Mediterraneo John Julius Norwich Sellerio, 2020