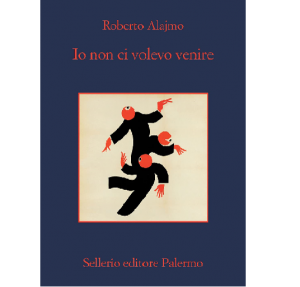 I didn’t want to come

Giovanni Di Dio, known as Giovà, is the protagonist of "Io non ci volevo venire" (I didn't want to come), the new novel by Roberto Alajmo, published by Sellerio. For thirty years, he has been a security guard for a strange security firm, hired on the recommendation of the neighbourhood boss, Partanna, in a looming, disconsolate Palermo. Day after day, he abandons himself to the comfortable everyday life of someone who has learned to steer clear of problems and worries. Then one day, out of the blue, he is summoned by the boss, known as "lo Zzu", and entrusted with a risky mission: to investigate the disappearance of a girl in absolute secrecy. But secrecy stands little chance in the face of the gossipy intelligence of the four women he lives with. The disappearance hides a murder. The boss loses his head over his children's dramas. A master of irony and painter of skilful portraits of people and places, Alajmo subverts the stereotypes of noir fiction and the traditional portraits of Sicily, bringing us a protagonist who is a little bit dim-witted and a little bit cunning, and dismantles the convention of the safety of home and family. Even if we always come back home in the end. Io non ci volevo venire Roberto Alajmo Sellerio, 2021