Pirelli and Italy on the move. Research and technology. Cinturato conquers markets of the world 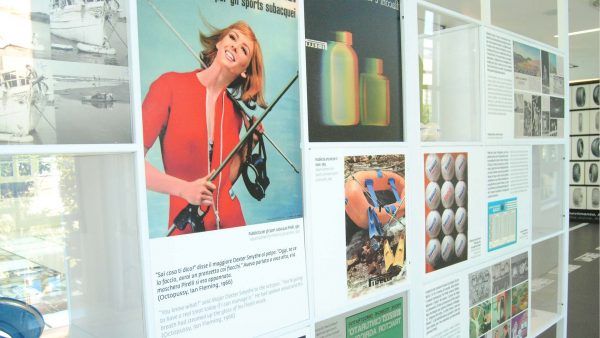 It’s back to the sixties for the Pirelli Foundation thanks to an exhibit that provides a sort of metaphoric voyage through Italy, telling the story of the country’s economic, social and cultural development throughout that decade.

The starting point is the famous Cinturato ad campaign by PinoTovaglia in 1968, which featured the flags of 16 countries around the world accompanied by a headline translated into as many languages: “In Italia si dice Cinturato”, “in England they say Cinturato”, “en France on dit Cinturato”…. The 16 full-colour plates serve as the newly restored backdrop of the Pirelli Foundation’s Historical Archives, along with posters and photos of Pirelli’s most successful products, which tell the story of a season of great vibrancy, of economic boom, of appreciation for the Italian lira by the Financial Times with its monetary “Oscar” for stability, and the first signs of generalised public wellbeing. An Italy of growth, change and movement. It was a youthful time, marked by the Autostrada del Sole (Motorway of the Sun), by television, by rock music, and by Italian-style comedy. In this contemporary age, Pirelli played a leading role in the form of industry. There was the Pirelli tower, which dominated the skyline of Milan, a city of innovation. There was the graphic design work by Noorda, Lamm and Munari and signs of great culture in the Pirelli magazine, whose articles and investigative reporting took the temperature of a world that was on the move.

The exhibit is open to the public (appointment required) Monday through Friday from 10:00am to 5:00pm. For information, visit fondazionepirelli.org