Going beyond daily risks and fears, to restore confidence in institutions and companies 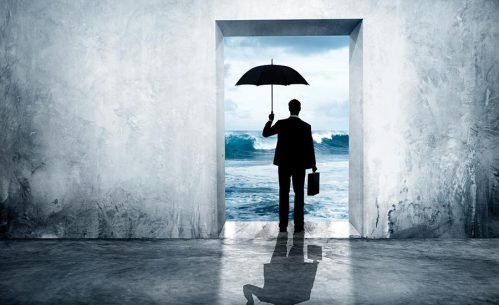 “No one can go back and start anew, but everyone can go on and choose the ending.” Confiding in the wisdom of Karl Barth, 20th-century Swiss theologian with a keen, critical mind, can help us find possible paths of behaviour within a “risk society” (Ulrich Beck) that is magnifying this growing feeling of uncertainty and fragility, a feeling that is unceasingly harming the human condition. Environmental crises, the pandemic, pernicious cybercrime, racial abuse, as well as economic tension related to energy and raw materials, microchips, employment and prices are exacerbating the many, already outstanding issues, deepening our sense of insecurity, feeding the individual and shared anxiety we feel about an uncertain future.

This is Barth’s point. But how do we choose the ending? What are the choices? And how can we drive responsible reforms in times of extreme crisis and transformation?

First of all, let’s have a look at the state of play. Extreme globalisation has its own limits, and this has been obvious for quite some time now (“Left Behind” was the title of an issue of The Economist from October 2017 – four years ago – a title that aptly introduced a well-documented investigation into people and places that were being “hurt by globalisation”, painfully hit by growing inequalities and greedy international profiteering). And the unrestrained development of new digital technologies has swept away traditional frameworks of production, consumption, income distribution. Civic life, environment, markets have all been deeply affected by this. And political equilibrium, especially in the most sensible liberal democracies, is being disrupted by growing social unrest.

Which risks are we up against? Over these controversial months, the media have been outlining a few of them, among the many possible ones: the COVID-19 pandemic is still going, though subdued by the widespread use of vaccines and therapies that are finally proving effective; choices that pollute air and water resulting in environmental disasters; and the proliferation of cybercrime, exposing the fragility and vulnerability of networks which concern several aspects of our daily life, such as economy, transport, communications.

Here it is, the “risk society”, rife with gaps and inequalities – in gender, age, religion, race, culture – that are additionally aggravated by growing intolerance.

The new dimensions of what The Economist terms the “shortage economy” (we mentioned it in our blog post from two weeks ago) only make the situation bleaker: an economy shaped by the scarcity of energy resources (followed by a surge in the price of oil and gas), raw materials, and components (microchips) that are essential to most industry and services sectors. Moreover, as radical changes are affecting the manufacturing industry, we also see issues with qualified workers and cargo ships (as witnessed by overcrowded ports in the Pacific, where enormous container vessels have been at anchor off the Port of Los Angeles, unable to load or unload cargo – and let’s not forget about the blockage of Suez Canal, last July).

“This eternal present keeps us from thinking about the future”, remarked sociologist Giuseppe De Rita (Corriere della Sera, 23 October), examining with a critical eye our inclination to withdraw and hide behind fences made of fear, individual and familist interests, and self-serving localist and nationalist attitudes.

Yet, it’s precisely the crisis caused by the pandemic and the recession that’s showing us how imperative it is to leave behind narrow-minded selfishness and, instead, choose to make a reasonable bid towards a better future.

International collaboration between scientists, public and private research centres, companies and, of course, governments, succeeded in developing vaccines, and on a very short notice, too – the result of years of basic biological, pharmaceutical and genome research. And it’s clear that we need to continue along this path: health is a fundamental public good, and synergy between public institutions and private companies can certainly be extremely beneficial.

Indeed, countries, governments and monetary authorities that have chosen to set aside a more orthodox ideology centred on austerity and, instead, have promoted public spending in order to tackle the fall of incomes and investments in development, have succeeded in jump-starting a new economic season. The EU Recovery Plan, focused on the green and digital economies and particularly aimed at the next generation, has been one of the best moves in this direction – instigated, moreover, by a generous, forward-thinking Europe that is committed to, and confident in, the implementation of sustainable development projects. In Italy, the Draghi government has been a key player in this.

Here it is, the path to follow. Marked by far-reaching and sensible reforms, by a will to rebuild with confidence, thanks to competent and authoritative governance mindful of the general good.

Choosing the ending, then, as Barth said. Choosing it while fully aware of our fragility and yet without giving in to fear, irrational feelings, magical thinking, corporate self-interest or closed communities bent on exclusion and coveting any kind of advantage, no matter if big or small. And assuming responsibility for all the projects and costs a better future may entail. “I care” was the motto favoured by eminent figures whose positive impact we still feel, like Italian educator Don Milani, for examples, or former US president Obama. “I care” – that is, I’m concerned, I accept responsibility, I take care of the people I’m sympathetic with (from the Greek, sun and pathos, to deal with strain, with sorrow, together), of those I feel empathy for. In the spirit of community. A good motto indeed.