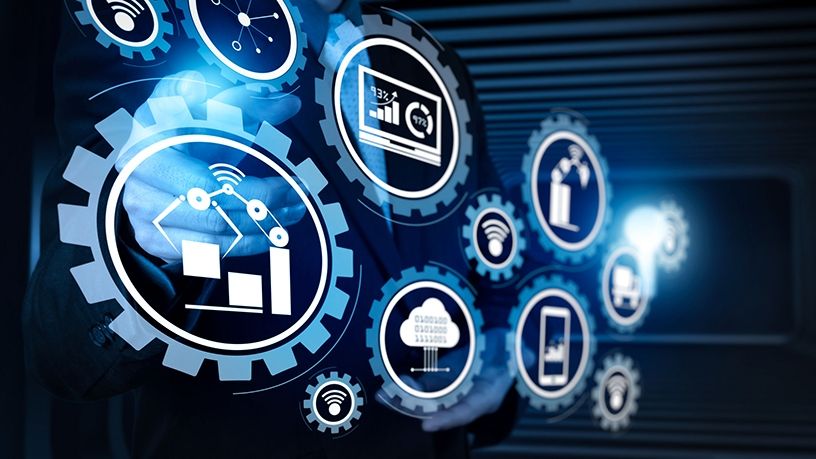 ‘We need more investment,’ say Italian companies. They are holding their own against international competition but often find their growth checked by a lack of infrastructure, heavy bureaucracy, a slow justice system and meagre state commitment towards research, training, innovation and technology transfer. More state investment is needed. Naturally, companies must also enjoy conditions that let them continue working and increasing their investments. They need financial incentives and above all rebuilt confidence.

This is what they’re saying from Milan to Turin, the Veneto to Emilia, where our country’s most dynamic industries players have been doing their utmost to recover from the years of the Great Recession and create new and better motives for competitiveness. Confindustria President Vincenzo Boccia reflected their views when, at the organisation’s general assembly on 22 May, he spoke about the three ‘yeses’: ‘Yes to the Turin-Lyon high-speed railway, yes to infrastructure and yes to growth.’ He also stressed the ‘urgent need to reopen work sites and launch a long period of public investment.’ Other speakers included President of the Republic Sergio Mattarella, who was welcomed with long, determined applause. Prime Minister Giuseppe Conte and Minister of Economic Development and Labour Luigi Di Maio, on the other hand, were both unable to move beyond banalities when it came to the economic and industrial policy that the government should adopt and translate into real choices. They were met with brief, cold, barely polite applause.

The Partito del PIL (GDP Group) is made up of the companies that produce the wealth, well-being, work and social inclusion so vital in Italy, a country that is badly governed and wracked by bitterness and fear, stoked by irresponsible populists. The group’s opinions have been proved extremely relevant by the results of the European elections, which show that EU countries, rather than embracing national self-interest, want to relaunch and be more balanced and attentive both to development and improving social cohesion.

Confindustria is asking to ‘transform the Pact of Stability and Growth into the Pact of Growth and Stability,’ in the knowledge that ‘only through growth can stability be guaranteed.’ It is therefore calling for ‘a more cohesive and stronger Europe,’ in other words the exact opposite of the nationalistic and fearful protectionism of the sovereigntists. ‘Europe remains the solid base for building the future,’ Confindustria states. This view, furthermore, matches completely that of the other large trade and industry organisations in France and Germany, where over 100,000 large and medium businesses and a million SMEs, with a total of 15 million employees, have clearly expressed their own support for the relaunch and improvement of the EU.

Businesses are right when they say there can be no development without a stronger EU. They worry about being crushed by the consequences of the China-USA trade war and by geopolitical tensions, in which Putin’s Russia plays a dangerous, unbalancing and mysterious role.

This line of thought is even more relevant in Italy, where economic growth appears once again to be fragile, precarious and fleeting. Besides burdening public expenditure and aggravating the deficit and public debt, the current government has made few attempts to pull the country out of stagnation. ‘This government relegates companies to Serie B,’ in the words of Michelangelo Agrusti, President of Unindustria in Pordenone, a town with dynamic manufacturing and cutting-edge services, where 60% of production is for export.

Prime Minister Conte says he is ‘firmly convinced’ that the worst has passed and that Italy has resumed growth after six months of recession. The data, however, does not confirm this reckless judgement. Istat predicts barely 0.3% growth for 2019, so essentially flat. Many of the main research centres (Prometeia, REF, Intesa San Paolo and Confindustria) fear that ‘the economic downturn is getting worse’ and are concerned about the vacillation between halts and negatives in investments, industrial production, consumption and thus employment. ‘Exports and investments are freezing GDP,’ stated Il Sole 24 Ore‘s headline on 25 May. The article spoke of ‘low consumption and falling foreign demand’ and predicted ‘negative growth in the second half of the year,’ caused in part by ‘international uncertainty: not only is the eurozone slowing down, but the situation in the USA and Asian countries is also deteriorating.’

In a more in-depth look at Italy’s economic data, the ‘Industrial Sector Analysis’ report from Prometeia and Intesa San Paolo, edited by Assolombarda, notes that ‘Italian industry had stable turnover in 2018,’ with ‘slow growth’ predicted for 2020-2023. Investment ‘is contracting’ as it is ‘weighed down by national and international uncertainty.’ One key point is: ‘In the past 10 years, Italy has accrued an investment gap to fill that is 35% higher than Germany’s.’ Therefore, the timid recovery in investments themselves, estimated for 2020 at 1.1% for machinery and equipment, 2.5% for means of transport and 1.8% for construction, is thoroughly insufficient for keeping up with our competitors. ‘This recovery in investments is still too weak.’

Another point worth reflecting on is that our companies experienced growth during the Great Recession and are more ‘resilient’ than they were a decade ago. They have ‘broader shoulders’ than in 2008. They are stronger when it comes to profitability and capital balance, but they do not invest, precisely because of the prevailing climate of uncertainty. They are not confident. Confindustria President Boccia is right. He is fully aware of the climate among his associates when he rebukes, ‘Words that produce mistrust go against the national interest.’

We are moving towards a period that will still be hard, with a confused spring and a worrying autumn, when a financial law needs to be prepared that will involve at least €30 billion in interventions, including budget cuts and taxes. There is also the nightmare of the safeguard clauses, which would increase the weight of Italy’s VAT, with extremely negative consequences for trade, consumption and employment.

This is another reason why the EU needs relaunching. Without rules, investments and ambitious development projects as part of a sweeping new plan of interventions in material, intangible and digital infrastructure – what companies call ‘a new Delors plan’, as discussed in last week’s blog – Italy will also suffer immensely. Our growth will remain feeble, incapable of meeting the needs of large swathes of Italian public opinion in terms of well-being, work, safety and prospects for a better future.