Businesses take to the streets to protest against the Government’s economic programme. And the Euro encounters increasing success 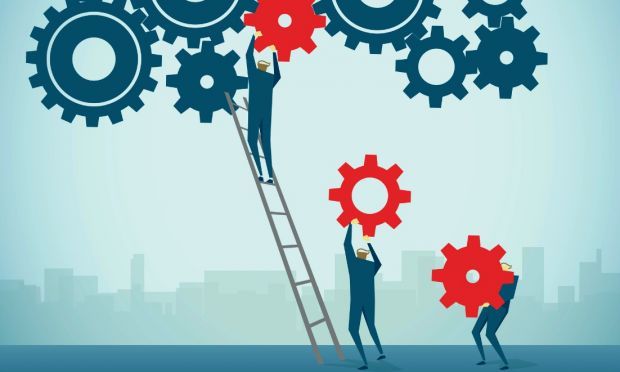 Businesses are taking to the streets. Small businesses, especially. The rendezvous is for 13th December, in Milan. This is where the heads of the Confartigianato artisan federation have summoned their members from the Veneto, Lombardy, Emilia and other regions of the North for a demonstration of protest against the measures set out by the Government in the Balance Sheet law: minimal support for businesses which innovate, very few investments in infrastructure and major public works, financing for pensions and citizenship incomes smacking of assistance and with a low impact on any economic revival. “We are protesting because we do not want to give up on the locomotive of growth after so many sacrifices made over recent years”, explains Giorgio Merletti, Chair of the Varese Confartigianato federation. And there are many more like him. Starting with Agostino Bonomo, Chair of the Veneto Confartigianato federation, which over the past few days had already mobilised its 60 thousand members.

Other business-led initiatives are being planned. The Confindustria industrial federation has summoned its General Council, extended to an audience of businessmen involved in the structure of the organisation, for 3rd December in Turin, to protest about the suspension of construction sites for public works. And on 14th, in Verona, the whole of manufacturing industry has decided to get together for a demonstration in favour of the High Speed Rail Project and of other infrastructure works deemed to be “essential”, such as the Pedemontana Veneto expressway.  “This is how the GDP party will make itself the inconvenient third party between the League and the Five-Star Movement”, explains Dario Di Vico in the “Corriere della Sera” newspaper (26th November), noting the embarrassment of Matteo Salvini, leader of the League and Vice-chair of the Cabinet, torn as he is between the demands of the traditional League electorate (keen on production, entrepreneurial, committed to Europe), a nationalism which is failing to find any agreement amongst industrialists and an alliance with the “Grillini” (followers of Beppe Grillo, the Five-Star spokesman) who are seen as just a smokescreen by those who are seeking infrastructure, investment and innovation to drive social and economic development.

Where does such unease amongst entrepreneurs – mainly small ones but medium and large ones too – come from? From the awareness that the Italian economy has ground to a halt and that the forecasts for the coming months are negative, as well as being sadly very different from the optimistic forecasts broadcast by the Government in order to try to justify an economic policy manoeuvre which promises subsidies and pensions worth around twenty billion Euros and exceeds all the constraints of the EU. Carlo Robiglio, Chair of the Small Business section of the Confindustria federation, expresses the concerns of everyone: “We are risking another Battle of Caporetto”, a debacle for the economy, he declares to the “Il Sole24Ore” newspaper (25th November). And goes on to explain: “The uncertainty is delaying investments”, so on the part of the Government it is indispensable to have a “greater dialogue” with businesses. A dialogue which has so far been missing. With severely damaging economic consequences.

The “dignity decree” sought by the Minister for Work and Economic Development Di Maio is beginning to bring its negative effects into play, with a collapse in job opportunities and difficult consequences for businesses (“In 2017 we were taking on 15 people a month, but now not a single one”, snaps Marco Bonometti, a top industrialist in the automotive sector in Brescia, and Chair of the Lombardy Confindustria federation. And the increase in the spread (on Italian Treasury bonds), as ever linked to the unattainability of the Government’s economic policy manoeuvre and to the disputes with Europe, aggravates the picture: a higher cost of borrowing for mortgagees and loans to businesses, reduced credit limits. How will it be possible, ask businesses, to react to a new recession?

There is actually a growing sense of unhappiness, within the “GDP party”, in productive Italy. Recent headlines are an obvious indication of this. The assembly of the Assolombarda, on 18th October last, with the speech by its Chair, Carlo Bonomi, which was particularly well-applauded during the contentious passages challenging a Government hostile towards businesses, towards infrastructure, towards science, and towards the EU. And the successive assemblies of the Confindustria confederations of Brescia, Lecco, Sondrio, and Varese. The crowd of over 30 thousand people in the streets of Turin chanting “Sì Tav” (Yes to the High Speed Train project) and protesting against the suspension of public works. The agitation in Genoa, against the slow progress in the reconstruction of the Morandi road bridge and the obstacles to the public works which could reconnect the Liguria region to the major European economic thoroughfares and to the entrepreneurial dynamism of the North West. The position adopted, in Florence, by Leonardo Bassilichi, Chair of the Chamber of Commerce, who translated the sentiments of local businesses and, in the “Corriere della Sera” newspaper of Sunday, 25th November, suggested to the parties of the majority: “Enough of tactical manoeuvring, the GDP party wants economic development”.

How should we react? Protests, including street mobilisation such as we have already described. And proposals. Investment, is what the Confindustria federation is asking for. Tax incentives for businesses which innovate and export (instead, the Government has drastically reduced these). No protectionism. And support, instead, for the reform and revival of Europe, and for exploiting its functions and resources.

It is in this context that increasing numbers of favourable voices are being heard for the proposal suggested by Marco Tronchetti Provera, CEO of Pirelli, in the “Il Sole24Ore” newspaper of 16th November last (we mentioned this in last week’s blog) for a grand “Marshall Plan” for infrastructure from the EU . “Young people and knowledge to revive the European dream”, is the call, in “Il Sole24Ore” once again, by Gianfelice Rocca, Chair of Techint and of Humanitas. And also: “Major investments in infrastructure are a necessary premise for a revival, because what is required is a “Europe of bridges” and not one “of walls””. And Carlo Pesenti, Managing Director of Italmobiliare, a historic family of sound Italian capitalism, agrees and makes a further point: “Europe and the Euro remain elements which cannot be renounced” but the EU must also learn to respond rapidly to the emergence of serious social difficulties which undermine trust in the European institutions, and it must therefore prepare “a major project for modern and sustainable welfare which is able to cater to the needs of the most vulnerable categories. A plan for those who are studying, to help youngsters through that journey, for mothers who want to work, for those who lose their jobs and need to be re-trained and relocated, and for the elderly: Europe, which today is perceived as “old” and bureaucratic, must look after people if it is to move ahead once more”.

A hi-tech and supportive Europe, then. “We need to invest in networks, and to catch up on Europe’s backwardness”, comments Gian Maria Gros-Pietro, Chair of Intesa San Paolo; “True Europhiles are convinced that the process of integration needs to be boosted”, affirms Albero Bombassei, Chair of Brembo. And those who insist that Europe should be a key forum for competitiveness include Marco Bonometti, OMR Group, for the automotive industry, Giuseppe Pasini, for steel, Chair of the Brescia industrialists, Alessandro Spada, for plant design and installation, Vice-Chair of the Assolombarda association, and an authoritative economist like Giorgio Barba Navaretti: “Europe as a common dwelling place with rules and projects”.

As for the widespread social difficulties, and the risks of impoverishment which affect a wide range of the middle classes (not just in Italy, but in several parts of Europe), it is possible to respond to these by reawakening the ghosts of nationalism, dusting off public interventionism in the economy (Alitalia, the telephone networks) and promising new and old types of state assistance (pensions, citizenship incomes, contributions to different sectors and categories). Or instead one can devote oneself to getting the economy back on track, that virtuous track along which businesses already travelled between 2015 and 2017: research, innovation, investment. The Government is going down a bad track. Businesses rightly recognise this. And they demand to be heard: they create jobs, wealth, changes in quality of life, social inclusion, and are a precious stimulus for the future of Italy.

Europe stands at the centre of attention for businesses. Not because it is free from criticism. Far from it. But because reforms and revival are the indispensable conditions for economic development.

The majority of Italians, furthermore, albeit critical of Brussels, show that they appreciate the Euro. And they do not wish to embark on any adventures (such as those involving leaving the common currency about which various exponents of the League/Five-Star majority, and of the Government itself, are chattering with irresponsible abandon and minimal understanding of the risks involved). The Euro, in fact, is appreciated by 57% of Italians, according to Eurobarometer, the authoritative statistical institute in Brussels. And this represents an increasing plebiscite: 12% more than in the previous year. This too is an extremely precise political indicator: the Euro is now a consolidated reality; Italian citizens recognise its advantages; the quarrels of the Government with the EU in a tiresome encounter have no interest either for our citizens in general or in particular for that part of the economy which is working and manufacturing. And it would like to continue to do so, without having to march in the streets against those who are ruining the economy.