Clear numbers about exports, the interest rate spread and company growth, avoiding chatter and choices which cast shadows over the Euro 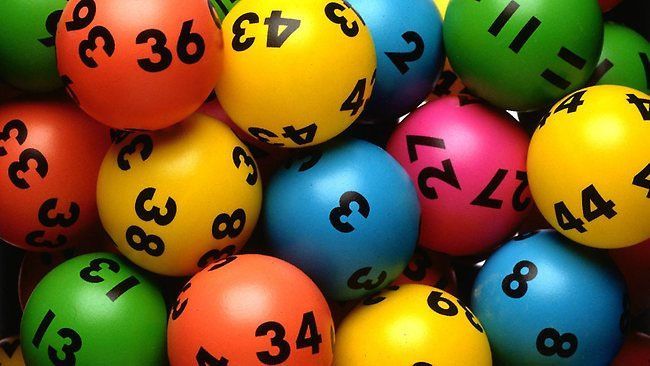 To have a reasonable debate about Italy, leaving aside rhetoric and propaganda (alas, more widespread than ever) it is worthwhile having a good look at some numbers. From reports over recent days we have selected several: 5, 47, 31 and 8 (but also, closely connected, 0.91). One could try playing them in the Lottery, as a fine set of four winning numbers. Or instead start from there to discuss our economic and social situation, with competency and knowledge (qualities which, in politics, are sadly increasingly rare).

Let us start with the 5. It signifies 5 billion Euros: the cost, for State coffers, of the increase over the past two months in the interest rate spread, which determines a higher rate of interest for refinancing the bonds in our public sector borrowing (which has grown, according to the Bank of Italy, as of last May, to 2,327 billion Euros, 80 billion more relative to the end of 2017: a movement which appears to be unstoppable). That spread also has an impact on the cost for our banks of refinancing themselves on the international markets and, in consequence, has repercussions on the borrowing costs for businesses and families. As for that 5 billion of increased cost of public sector debt, in order to pay the increasing interest cost for servicing it we have to use State resources, which are taken away from reforms, public sector investment, and commitments to create jobs or improve health, pensions and profits. To put it simply, this equates to less money for all of us.

What has caused that increase in the spread? Uncertainties about Italy, as assessed by the international markets, about the quality of our politics, about our government announcements, about the reliability of public sector accounts, and about the costs of reforms which have been announced. To say it in another way: every pot-shot by a member of the government against the Euro, every clash with Europe, every declaration against open markets and international trade, every bit of chatter about sovereignty and protectionism which slow down the economy has an incidence on the spread. It raises its level, causing negative consequences to flow from it. Is politics, then, a hostage to the markets? If you are a heavily indebted country, you cannot avoid taking into account what your creditors think about you.

Someone thinks: let’s leave the Euro, let’s go back to the Lira, as if this were a solution. In the circles of government, there has been talk of “a plan B” to leave the single currency. Currently, they are talking about a “black swan”, an unexpected condition of crisis which would drive other EU countries to push for an exit from the Euro. It is a responsible reaction, to discuss negative hypotheses and to prepare the tools to tackle a crisis. It is an irresponsible one, to chatter about them as if you were at a bar or on a page of social media. One valid judgement, in respect of all the alarmist opinions about anti-Euro policies spread around the political circles of the majority, is that of Jamie Dimon, the banker from JP Morgan, a major international bank which has been present in our country for over a century: “We stand side by side with Italy; it would be a catastrophe to leave the Euro” (Il Sole24Ore newspaper, 10th July). It would seriously affect the savings of Italians, their salaries, the cost of public sector borrowing and of money in general, investments (the cost of financing them in a weak neo-Lira would be very high), and the competitiveness of the whole country. This was very clearly explained by eight authoritative economists (Lorenzo Codogno, Giampaolo Galli, Alfredo Macchiari, Mauro Maré, Stefano Micossi, Pietro Reichlin, Guido Tabellini and Vito Tanzi) in a recent appeal to the government that it should reassure the markets, the other countries within the EU and all Italians about its clear determination to remain within the boundaries of the Euro (Il Sole24Ore newspaper, 10th July). An appeal which drew the support of a number of people, from Carlo Cottarelli to Michele Bagella, and from Ernesto Auci to Antonio Patuelli. People who are reliable, competent and responsible.

Other fronts, however, are opening up. Someone thinks, in a very determined way: let’s close our borders. Not just to immigrants. But also to foreign capital. To Canadian grain. To Chinese goods. And that way we’ll defend our small and medium-sized companies. A sort of mini-policy of “home-grown Trumpism”. Protectionism salami-style. Ah well… who knows …

Let us return to the numbers, so that we can better understand things. To number 47. This is the 47 billion Euros (to be precise, 47 billion 448 million) which represents the difference between Italian world-wide exports in 2017 (448 billion Euros, up by 7.4%) and imports (400 billion 659 million Euros, up by 9%). The figure was 41 billion 807 million the previous year. Those 47 billion Euros of excess in the trade balance confirm one of the fundamental characteristics of our economy: its international orientation, a growing propensity to conquer important positions in international markets.Positions, it is worth adding, which are precisely in the niches where there is higher added value. Those which are the richest, the most innovative, and of the highest quality. Here is the key word: quality. Thankfully, those times of “competitive devaluations” which accompanied the end of the Lira and our entry into the Euro are now over, and our companies have learned to compete no longer based on the lowest price but on the best quality. They have achieved and continue to achieve a great deal of success. They have created jobs, distributed profits (shared between salaries, company welfare and the remuneration of shareholders, in the case of quoted companies), improving the lives of thousands of people. It would truly be a grave error if, between crises about the Euro and protectionism, this extraordinary economic engine constituted by our companies were to be obstructed.

The risk exists, and is current. We can read about it, for example, in the third of the numbers which we quoted, 8.

It is a percentage, 8%, which indicates the increase in Italian exports to Canada, one of the main global economies. An increase encouraged by the provisional application of the CETA, the treaty for free trade between Canada and the countries of the EU: tariffs almost completely cancelled, and protection for products with brands of specific origin. We now know that the minister for Work and Economic Development, Luigi Di Maio, has absolutely no intention of ratifying that treaty, and has invited the Five-Star Movement members of parliament to vote against it in Parliament, hoping, one assumes, that the members of the other majority party, the Northern League, will follow their initiative. Why? Taking on board the protestations of the Coldiretti, which considers that products such as Parmigiano Reggiano and Grana Padano cheese are insufficiently safeguarded, Di Maio claims that this treaty will damage Italian exports. Perhaps he has not read it, or perhaps he has not carefully done the sums.

Someone who has done them, in contrast, is a worthy economist by the name of Giorgio Barba Navaretti in the Il Sole24Ore newspaper (15th July) and a journalist who is usually very attentive with his research, Federico Fubini, in the Corriere della Sera newspaper (14th July) in documenting the advantages for the Italian manufacturers of electrical machinery, cars and motorbikes, fashion items, ceramics, and boats but also ham, pasta and even to a major extent DOP cheeses, from fontina to Asiago. Within the inter-country share of trade between Italy and Canada worth more than 50 billion Euros, the entire cheese sector is worth 50 million Euros: this is the 0.91%. If that agreement is not ratified, we would revert to the old tariffs. We would lose around 400 million Euros of additional sales, according to calculations by the Corriere della Sera. “He is hunting for the most short-sighted consensus”, charges the Il Sole24Ore, criticising the entente between Di Maio and Coldiretti, which cares only about the producers of Grana cheese (who could be better protected by renegotiating a few clauses of the agreement). And that is ignoring the fact that the CETA, which Di Maio defines as an “unholy treaty” is instead considered to be “a major opportunity for the Made in Italy brand” specifically by Cesare Baldrighi, the Chair of the Consortium for the safeguarding of Gran Padano cheeses and of the Association of the Consortia for brands of geographical origins. The cheese war, in actual fact, perhaps conceals an clash between different producers. Provincial quarrels. Which are so important that a minister has to blow out an international treaty which is particularly important for Italian companies?

It is better to return to the numbers. And to read the last of them: 31.2. These are billions of Euros. And they represent the value of medicines produced by Italian companies. A record. Which beats the great Germany, home of colossal pharmaceutical groups, and gives us the lead among major European countries which produce pharmaceuticals, with a high propensity for exports. In the 1970s and 1980s, the Italian pharmaceutical industry appeared close to extinction, with the closure or sale to foreign groups of the major brands such as Lepetit, Sclavo, Farmindustria Carlo Erba, etc.  Then, by focussing on research, innovation, and quality, our businesses started to grow again. Others were either newly founded or developed strongly (e.g. Dompé, just to quote one example) Others still became specialised in extremely high-added-value niches (anti-cancer drugs). The result is a major success. For the companies. For those who work in them. For those who use their products by improving our health, and our quality of life. These are companies which need to be considered carefully. And to be supported in their growth, their innovation, their research, and their international expansion. Precisely what we expect from a good government. One which knows how to do its sums and read the true numbers properly.