Company welfare, the challenges for quality of life: producing values in order to improve work too 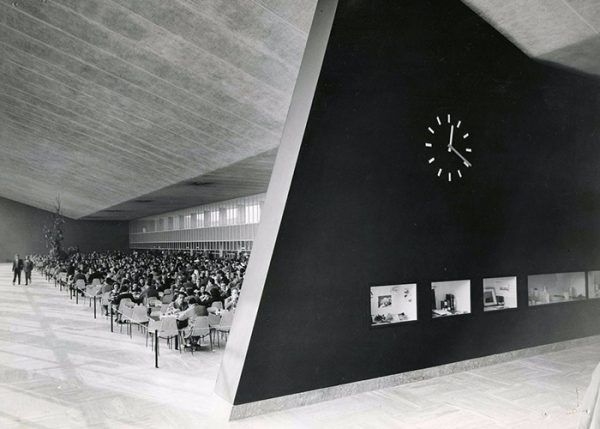 Company welfare is undergoing an extraordinary expansion. Particularly in the areas where innovation in industry and services is a pivotal force for economic and social development. In Lombardy, in Emilia and in the Veneto region.

Within many private companies, today, any discussion about welfare signifies, in fact, taking a look inside a new dimension for working practices, in which company labour contracts, thanks in part to the tax incentives granted by recent Government measures, allow workers to enjoy improved conditions for health support, contractual pension benefits, and assistance for the provision of their children’s education and to allow them to care for disabled relations. This is not a question of more money. But often of services. Or of free time. A valuable benefit.

In Milan, Monza and Brianza and Lodi, one of the areas with the highest levels of industrialisation in Italy, company welfare appears in 60% of labour contracts, compared to the national average of 30%, according to data presented recently by the Assolombarda association’s Welfare Observatory, relating to 25 thousand workers and their families (Corriere della Sera newspaper, 5th May). And this is a good example to disseminate. “Despite the fact that a number of European countries are ahead of us in matters of welfare, an ever-increasing number of companies in Italy, thanks to the advantages introduced by the Stability Law, are now including in their remuneration packages several non-monetary instruments”, notes Mauro Chiassarini, chair of Bayer Italia and vice-chair of the Assolombarda association, with responsibility for labour, security and, specifically, welfare.

There are some important historical examples worthy of note. Company welfare at Pirelli, for example, as long ago as the mid-1900’s, with its initiatives for healthcare, canteens, crèche facilities and activities for workers’ children, and sports. Or the programmes offered by other medium and large companies, from the AEM to the ASM, from the ENI to the IRI (a detailed study can be found in the reports from the convention on “Company Welfare in Post-Second World War Italy”, organised by the ISEC Foundation, 13th May 2016). And today, thanks in no small part to renewed sensitivities about welfare and the new labour contracts, significant steps forward are being taken.

Other topical stories bear testimony to this. Such as the experiment launched at the Siderforgerossi di Arsiero (a steelworks in the province of Vicenza) to monitor, on a voluntary basis, the health of its own employees, with a view to averting company or general illnesses (cholesterol and lifestyle under control) in order to improve the quality of life, but also to prevent accidents and absenteeism (“Here is the doctor-company: diet and analysis for the workers”, was the heading used by “la Repubblica” newspaper, 1st April, as it commented positively on this initiative). Or the possibility of choosing, in company labour contracts, between higher wages or greater free time, for oneself and one’s family: a choice made by the employees of Ducati, Marposs, Lamborghini and Coesia, in the top-quality medium-sized companies of the Emilia region. New forms of labour, of working time, of participation and of citizenship. Values. Critical, including for companies seeking to continue to produce value.

Italian capitalism, especially in its current dimensions, is growing based on two guiding themes which are not always closely linked, but which are nevertheless dynamic ones. Medium-and small-sized companies solidly rooted in their local areas and, at the same time, capable of being present in and proving their worth in high-added-value global niche markets. An “intermediate capitalism” is how Aldo Bonomi defines it (IlSole24Ore, 8th April). A high level of productivity, and a level of competitiveness which rises to the challenges. And it is precisely as a foundation for this competitiveness that the choices of company welfare should also be considered – those which stimulate security, a sense of belonging, an intelligent generosity in working relationships, and thus improved and increased productivity levels.

There is a further step to be taken, it is suggested by Bonomi, in the relationship between a company and its local area: “The promotion of a new model of community welfare, built from the combination between an extension of the practices of company welfare and the transformation of the systems of local area welfare and of the extensive world of private social care, which today is increasingly taking on a committed entrepreneurial mantle by defining its own specific modus vivendi alongside the influence of the financial sector, which is interested in developing forms of “patient” investment based on the ideas of social cohesion”.

These are innovative processes, which are on the move. And which are situated at the crossroads between productive companies, services, relational systems, care for communities and people, life sciences and health. They go beyond the traditional concept of the “third sector”. They find in “benefit societies” (finally introduced in Italy too by the law of 2016) a point of reference, from which to evaluate a “service to society” and not simply to generate a profit for the company’s own shareholders (fulfilling the warning of a major American economist, E.M. Dodd, in the “Harvard Law Review” in 1932). And they can occupy a fundamental role in the evolution of the market economy, by carrying out the task of “re-legitimising” a “good” type of corporate capitalism in its quest for a better future.

The processes which we are discussing here, in fact, demand original and creative reflections about the relationships between competitiveness and social inclusion: a subject which is particularly dear to the hearts of Milan, of the region around Brescia where there is a robust Catholic culture, of the Emilia region where company values and cooperative values became interwoven with experiences of sound regional and local government, and of the Veneto region where, to quote just one example, the Vicenza Confindustria industrial association has launched an important project for the social responsibility of companies whose name alone already represents a major programme: “Producing values”. Here is a world which is on the move, even if it is not yet visible to the eyes of the great general public opinion, as it deserves to be. A world of extraordinary quality, with strong economic, social and cultural significance, if “cultural” indeed means innovation in a social context, sensitivity, inclusivity, responsible citizenship, community values and civility.

These are processes which also need to be pursued at a political level. And which require a critical re-thinking of the conception and the attraction of welfare, with intelligent and responsible reforms which do not place a burden on the public purse but which nevertheless improve social services. How so? The combination of company welfare and local area welfare which we have discussed above is actually a useful guide.

For a better understanding, it would be helpful to have another look at the categories of the “civil economy”, perhaps by again studying their origins, in the lessons of Antonio Genovesi, considered to be the “maestro” by Adam Smith and the supporter of an economy seen as the source of wellbeing for people and societies (we discussed this in our blog of 20th March last) and those of the “circular economy”, by updating the lesson of hard-working and supportive communities which derives from the experience of Adriano Olivetti (in 1908, just 110 years ago, the Ivrea company was founded, a laboratory and true “factory” of economic and social innovation, a paradigm of culture, industrial relationships and avant-garde technologies which even today still have significant relevance). And reminding ourselves – why not? – of two historical indications which are relevant to the present day.

The first is that of Carlo Cattaneo, a notable Lombardy figure, and an original student of economics and politics, written in 1864: “There is no job, there is no capital that does not start with an act of intelligence. Before each job, before each capital, when things still lay untouched and ignored amidst nature, it is intelligence that begins the task, and that imprints within it the character of wealth for the first time”.

The second is by Ferdinando Galiani, an abbot, who enjoyed an audience at the court of Naples during the sadly ephemeral period of reformist Illuminism during the mid-18th Century and who was highly appreciated in the Paris salons frequented by Montesquieu and Diderot: “Good government is not where everyone is already happy, because no such government exists, but it is where everyone could be happy, when internal and particular causes do not prevent it. Tyranny is that government where only a handful becomes happy to the detriment and at the expense of all others, who become unhappy”.

Public and private happiness and well-being, intelligence and work, today we would call company culture and welfare in the contexts of companies and local areas. A challenge, indeed, which is political, cultural and entrepreneurial.

So when we talk of welfare, from a long-term perspective with an eye to economic and social transformations, it also means fully facing up to the question of sustainability, be it environmental or social, and considering it to be a fundamental key to the competitiveness of companies. As is confirmed by two authoritative researchers, Piergaetano Marchetti and Marco Ventoruzzo (“The Economy – Corriere della Sera” newspaper, 3rd April): “Companies which are more responsible for social well-being (and for profits)”: “An unprecedented thrust towards behaviours and applications which are widely shared, which do not focus solely on the P&L account but pay greater attention to human rights and to environmental topics”.