Creativity more important than engineering”: the stimulus from Silicon Valley and the strength of culture and industry in Italy 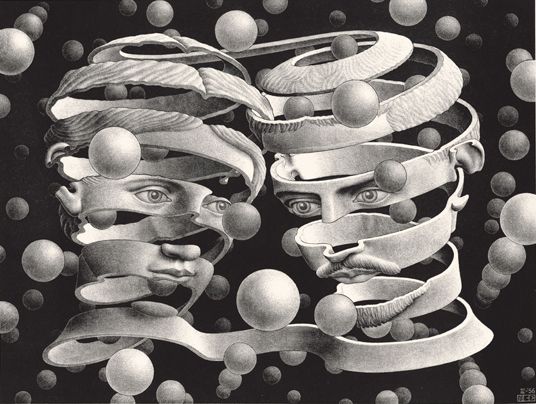 “Creativity is more important than “STEM” materials, and than engineering”. These are the words of Stephen Wozniak, an engineer. Actually, one of the most successful engineers in the world: on 1st April, 1976, alongside Steve Jobs, he had founded Apple and created the first of their computers. And even today, as a major shareholder, he still influences the strategies of the multinational from Cupertino. Technological innovation has been his world for half a century. But he can recognise its limits and future potential. That is why, during a convention in Milan, he declared: “The most important thing for start-ups and technological companies is inspiration. Being able to imagine the future and what people will want. Inspiration is more important than knowledge. You have to have an idea in your head…. To create something which does not exist. And the “STEM” materials are not creative” (Corriere della Sera newspaper, 4th July).

“STEM” is an acronym, using the initials of science, technology, engineering and mathematics: this is the formula for innovation and for American growth, dear to the era of President Obama and to the high-tech cultures of Silicon Valley. In a world which is rapidly changing, Wozniak suggests a further movement: attention to creativity, the strength of design, planning, and writing. And once again he reveals his complete harmony with the friend and work colleague of a lifetime, Jobs and his suggestion of the need for a “renaissance-minded engineer” (we discussed this in our blog a fortnight ago, on 27th June). Humanism and science.

Not just “STEM” but “STEAM”, was what the Assolombarda trade association had proposed three years ago, when it was chaired by Gianfelice Rocca. Still an acronym, with the addition of a letter and a couple of modifications. The extra letter is the “A” for “arts”, knowledge of the humanities, creative abilities, which need to be linked in an original way to scientific knowledge. The modifications are as follows: the “E” stands for environment and energies of the “green economy” where in fact Italy can boast some excellent companies; and the “M” stands for manufacturing, the attitude of “making beautiful things which people like” (the basic definition by Carlo M.  Cipolla of the historic and present-day strength of Italian industry). “STEAM” is not a game of semantics. But a strategic choice (adopted once again in the Assolombarda’s new running style, under the chair of Carlo Bonomi) for Italian growth in a European context. A political choice (and one of industrial policy: state support for innovation). And a cultural one: sustainability. Both environmental and social.

We are living through difficult times. Times of radical transformations. Of metamorphoses. Not always positive ones.

Philosophers point to the critical situation of the sustainability of the paradigm of “progress” which has been a feature, as its driving force, of the entire thinking of modernism, starting with the economy and its paradigms of “growth”: “What we are witnessing here is a move into a new era, in Europe and the Western world, and not simply a cyclical crisis”, warns Massimo Cacciari (in “L’Espresso” magazine, on 9th July). And there are those who, like Emanuele Severino, mistrust “technocracy”: “I have been pointing out for some time the inevitability of the process which leads to the domination by technology of the forces which are still hoping to make use of it. Techno-scientific growth will lead to the replacement of people who try to prevent such growth and will promote those people who support it”.

Severino’s vision is a gloomy one. Others, who are less pessimistic, speak of an open challenge. And it is nevertheless worth re-reading the words of Tim Cook, Apple’s guiding light, in his address to the graduates of the MIT, the Massachusetts Institute of Technology, that key centre of research and innovation: “I am not afraid that artificial intelligence might give computers the ability to think like human beings. I am more worried about people who might think like computers, without values or compassion, without any concern for the consequences” (already quoted in our blog of 27th June). Values, indeed.

The economic motor needs to be completely re-engineered. So that it stands up. And then it needs to be re-launched. We need to reconsider critically the creation of value and methods to achieve this (Pope Francis is pushing strongly in this direction, in the company, incidentally, of authoritative exponents of the best economic literature). And to re-write the methodology for measuring it (GDP, gross domestic product, needs to be viewed alongside, or perhaps even replaced by the ESW, the index for Equitable and Sustainable Well-being: the ISTAT has been working on this for several years in Italy and it is a sound paradigm, which has merit on an international level). We need to develop, in fact – and it is worthwhile repeating this – a culture of sustainability. A quality of life and improved social balances, which increase over time (a useful and, we hope, effective antidote to the various unacceptable forms of populism).

And what about Italy? It is growing little and badly, as we know (with major differences between the North and the South and distortions between the most dynamic, innovative and international private companies and the dead weights of the “public sector”). It has nevertheless started to see growth once again. Better than nothing, naturally. But it needs to do very much better.

The country has one really strong lever, its cultural industry: in 2016 this generated 90Bn euros of added value (250Bn, taking into account the knock-on effects). This was up by 1.8% (more than GDP, therefore). It provides work for 1.5 million people, 6% of all those in employment in Italy. The latest Symbola Report, presented on 28th June, documents this by bringing together data from five macro-sectors: the creative industries (architecture, design and communication), the cultural industries defined as such (cinema, publishing, music, press, software and video games), the historical-artistic inheritance (museums, libraries, archives, monuments and archaeological sites), the performing arts and visual arts, and the “creative driven” enterprises, which utilise the creative professions in a structural manner (custom-made manufacturing, creative craftsmanship). A world which is moving, which is changing. “Culture is a growth asset upon which we should focus”, comments Ivan Lo Bello, chairman of UnionCamere. And Ermete Realacci, chairman of Symbola, adds: “If Italy can produce value and employment by concentrating on industry and beauty, it will help its future”. This is the point: connecting industrial capacity with creativity, manufacturing with culture. And using the strength of creative intelligence to create mechanisms for growth which can become the bases for the evolution of the needs, of the values and of the times which are changing. Mediterranean and European Italy has a good hand of cards to play. “Culture is transversal, and is fundamental for the economy. A point from which a new Renaissance can be launched”, summarises Vincenzo Boccia, chairman of Confindustria (Il Sole24Ore, 29th June).

We need renaissance-minded engineers, exactly. We must look to Jobs, to the “multi-technical culture” and to the philosophical management of technology.