Europe is looking for a new common policy on social rights: labour and welfare reforms 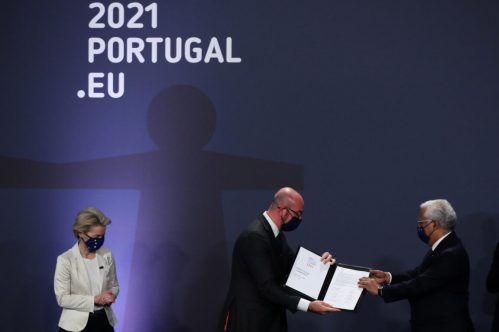 Social media’s poor debate skills confine reality within two rigid dimensions: a thumbs up if you Like, a thumbs down if you don’t – just as in the Circus Maximums’s brutal gladiator fights, proclaiming life or death. Haters or followers, with no room for reasoned and informed criticism. No vax fundamentalists, hostile to science and competence, or the enthusiastic flatterers of anything a scientist might say on Twitter or on TV, actually forgetting that science means research, doubt, experimentation, trials and errors, that scientific victories are transient, constantly re-evaluated and transcended: apocalyptic or integrated, as Umberto Eco would call these two factions.

However, the everyday reality we experience is much more complex, resistant to banal, oversimplified rhetorics. It obliges us to think and make decisions that can only be accommodated by a Both/And framework, as opposed to a strict Either/Or polarity, in order to originally synthesise concepts able to tie together different elements, tensions, interests.

This is precisely what Europe is currently trying to achieve as, under the pressure of the pandemic and the recession that highlighted the frailness of its economic and social models, it started arguing for a new “Declaration of social rights” at the Porto Social Summit. A Declaration able to adjust welfare systems – and in consequence the public expenditure of EU countries – to the changes in the world of labour; to the requirements of healthcare, understood as global general welfare; to the need for education and knowledge not only for the new generations but also for middle-aged people at risk of being swept away by the digital divide and as such cut off from employment processes, from enjoying public and private services and, more in general, from civic rights and duties.

A Europe that can accommodate diversity along a common path. Certainly, not a Europe widening discrimination and differences, in a world where political and economic tensions on major issues are growing, regardless: issues such as the environment, social inequality, interests linked to economic growth, a government focused on digital innovation and safety – including its more sophisticated dimension, cyber security. In our age of uncertainties, Europe can redesign its internal roles and responsibilities for development so that they look outward, thus providing a significant contribution towards maintaining a balance among new civilisations.

This is the meaning of the path undertaken in the past few days in Porto. We are facing three great divides: the generational, gender and geographical gaps. If we don’t attempt to breach them with good reforms embodying a tangible sense of practical responsibility and ambitiously looking to the future, this “European social model” of which we are legitimately proud (market and welfare economy, personal initiative and public intervention in the big issues, individual rights and communal spirit, competitivity and solidarity) might not be able to take the strains arising from modern challenges.

Some leading EU heads of state are well aware of this, from the Italian Sergio Mattarella to the French Macron and the German Steinmeier who, a few days ago, in a letter addressed to “European citizens”, made clear that, “We need a strong and effective European Union, a European Union that will be a global leader in the transition to sustainable, climate neutral, and digitally supported development. We need a European Union we can all identify with, certain in the knowledge that we have done our utmost for the benefit of future generations.”

The letter (an initiative by Borut Pahor, President of the Republic of Slovenia, and immediately shared by the Quirinale), reiterates how important the themes of health, education, environment, “mutual solidarity and working together” are today. Concerning “freedom, equality, respect for human rights, the rule of law and freedom of expression, solidarity, democracy and loyalty among the Member States”, it asks, “How can we jointly ensure that these fundamental principles of European integration remain relevant for the future?”, replying that, “Although the European Union may sometimes seem ill-equipped to face the many challenges that have arise over the last decade – from the economic and financial crisis to the challenges in working towards a just and equitable EU migration system and the ongoing pandemic – we are aware that it would be much harder for each of us if we were alone.”

“Together”, then, is the key word for a “strong and effective” European Union.

The Porto Summit focused on translating these strategic aims into political choices. With Mario Draghi busy acting as the focal point in support of a greater solidarity against those in opposition (The Netherlands and the Scandinavian countries at the forefront), reluctant at the idea of a common financial commitment aimed at social issues. National politics alone are not enough to design a new welfare state, said Draghi, in support of the plan by the Economy Commissioner Paolo Gentiloni to use SURE more extensively for temporary and education support activities – SURE is the European fund set up to support unemployment and other social benefits, to be strengthened over time through EU bonds issued (and guaranteed by) Brussels on the global markets in order to have a financial buffer able to keep up with the labour market’s swift and turbulent changes. The path might be impervious, but it’s clear.

We are facing a great political contest involving democracy and change, a confidence challenge.

Opposite populist views and assorted sovereignist notions (including, alas, those internal to the complex world the EU is) have proved to be entirely incapable to provide effective answers to the needs brought on by employment, social security, trust in the future, and if we go beyond propaganda slogans that, obviously, neither “abolish poverty” nor, by putting “America first” – or Great Britain, or Italy –, guarantee long-lasting benefits. What we need, rather, is a return to passion and choices made through “good” politics, “a new season of civic commitment and political fighting”, as suggested by Antonio Scurati on Corriere della Sera (9 May). Good politics focusing on values and legitimate interests, as embodied by Whatever it takes, the phrase coined by Mario Draghi, ECB President, which saved the Euro. And by the EU’s Recovery Plan, led by Ursula von der Layen, and the Green New Deal also supported by Angela Merkel. What constitutes good politics, now, is the implementation of the Porto’s “Declaration of social rights”. These are all choices we owe to the younger generation, to our children and grandchildren, remembering with gratitude how we inherited, from our parents, a Europe ambitiously driven towards peace and development.