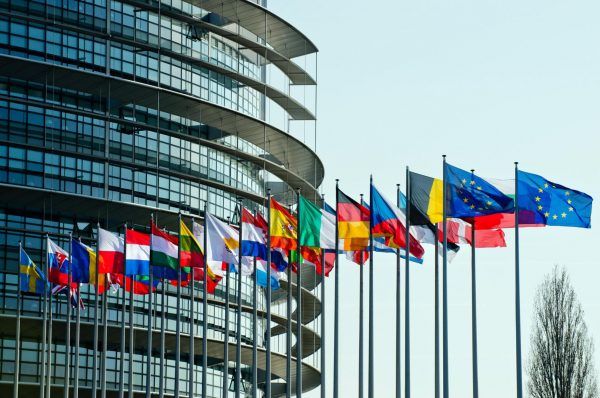 Europe, for Italian businesses, is an essential scenario of reference. A Europe which, above and beyond its founding ideals, needs to reflect deeply upon the crisis which it is suffering and on the way in which its structures and bureaucracy are functioning as they encounter increasing criticisms across wide sections of public opinion.

In order to reflect upon reforms and revival it is worthwhile starting with a speech from the President of the Republic, Sergio Mattarella, in front of an audience of university students in Lund, during a visit to Sweden, on 15th November last: Europe “is going through a complex phase”, in which “the trials and tribulations which the common edifice has to absorb are intense” but we need to move forward. “Europe is not simply a customs union” and certainly not a “business committee” but much more than this: “Stability and security”.

Key signals are also coming from the economic world: “If Europe had a spurt of dignity and cultural ambition, it could launch a grand infrastructure plan and could create value for everyone. A far-reaching project would have no difficulty in procuring financing from all the major international banks”, claims Marco Tronchetti Provera, CEO of Pirelli, in launching, with an interview for the “Il Sole24Ore” newspaper on 16 November, his proposal for an investment programme on a Continental scale and calling for a Marshall Plan of the type which followed the Second World War. A suggestion which could also be seen as having a political ambition: “Europe has never been really unified and the union, as history demonstrates, has been created through infrastructure”.

The proposal comes from a critical vision of the current EU; naturally it by no means challenges the idea of the common currency, but suggests a change of direction: “From the Europe of austerity to a Europe of economic development”: following Jacques Delors, according to Tronchetti, in Europe there developed “a system of rules where austerity has destroyed growth instead of promoting economic development and integration. With the madness of uniting the currency without truly uniting the economy. It went ahead with a premature widening to 27 countries which has blocked the system, in the absence of a common infrastructure framework. Not to mention defence, foreign policy, and energy policy”. What we really need, then, is a flash of pride and political imagination, a grand project for a European revival. Infrastructure, both tangible and intangible, the roads, the railways and the ports and the networks of digital connections, all have a fundamental role: they promote economic development, they strengthen bonds, they create communities. Tronchetti’s proposal has been widely well-received, by businessmen and politicians: “We need to invest in networks, and bring Europe up to date”, comments Gian Maria Gros-Pietro, Chair of Intesa San Paolo; “The real Euro-supporters are convinced that the process of integration needs to be launched again,” says Albero Bombassei, Chairman of Brembo. And it is on Europe as a key place for competitiveness that Marco Bonometti, OMR, automotive industry, Giuseppe Pasini, steel, chairman of the industrialists of Brescia, Alessandro Spada, plant engineering, vice chairman of Assolombarda and an authoritative economist, such as Giorgio Barba Navaretti, insist: “Europe as a common dwelling place with rules and projects”.

Tronchetti’s proposal on the Marshall Plan for infrastructure is moving the public debate along towards a responsible idea of reform and revival. He is avoiding the shallows of the “No” propagandists and once again suggests instead the positive message of a strong bond between economic development, the institutions and democracy. A good example of “European reformism”. A path to follow.

Giuliano Ferrara is quite correct, then, when, as a sound connoisseur of European politics, he states, in “Il Foglio”: “Now we’ve had enough of being ashamed of Europe”: And goes on to explain: “Europe in 2019 is a serious matter and the significance of the next electoral campaign will be to clarify what is important, and to make people understand the nature of its conflicts and divisions. Europe is peace, Anti-Europe is war. Now we have had enough joking, and it is time to take on the fight”. Within the passionate and responsible dimension of politics, this call by Ferrara makes a fundamental point: in the context of major choices which affect the future of everyone, we need a debate which is open, frank, free, charged not with propaganda but with the knowledge of values and interests, of facts and consequences. We need, in fact, good politics and sound information.

It is precisely in this context that it is worthwhile recalling another warning by President of the Republic Mattarella, at the centenary of the end of the Great War: “No State can manage on its own. And it is precisely the memory of that so dramatic and painful conflict which must drive us to reinforce the cooperation between peoples. We shall not return to the Twenties or the Thirties. I do not fear the reappearance of the ghosts of the past, even though I am preoccupied by the compulsions of egotism and supremacy of certain interests above those of others”. A historic recollection, against “the nationalism which took us into war”. With a modern-day echo: “In the run up to the Great War, severe manipulations were carried out to the detriment of public opinion: a risk, given the dangers which circulate on the web, of which it would be prudent to be wary today also”.

Europe has generated widespread wealth, from the founding values of the “Ventotene Manifesto” (signed in 1944 on an island for antifascist exiles by four highly cultivated personalities, Altiero Spinelli, Ernesto Rossi, Eugenio Colorni and Ursula Hirschmann) to the political choices of the “founding fathers of Europe” Alcide De Gasperi, Konrad Adenauer, Jean Monnet, Robert Schuman and Paul-Henri Spaak, and from the first open markets through to the current-day features of the Euro, of the European Central Bank and of the common fiscal and social policies. Exchanges. The integration of productive sectors (the links between German industry and Italian industry, from the automotive sector to mechanics, from robotics to chemicals, are increasingly close). And that extraordinary popular experience known as Erasmus, those scholastic exchanges which over the course of thirty years have allowed four million students to live at the heart of other countries in the EU, to feel that they are truly European, in the construction of an identity which is rich and multi-faceted. And also peace and international cooperation, one of the longest periods of peace and well-being in the whole history of Europe.

It has been a complex and contradictory process, naturally, like all mankind’s historical constructions. Altogether different from one lacking limits or mistakes. Now, as we already start to think about the prospect of the Spring 2019 elections for the renewal of the EU parliament, there is a clearly emerging responsibility on the part of those sitting at the head of governments and institutions to be able to construct a public debate which is sound, competent, and strong in its ability to forge a credible reform project and one which is not driven by demagogy and contentiously rhetorical animosities. The framework is that of a Europe riven by tensions and contrasts, with nationalistic and populist tendencies, ranging from the far-from-liberal rigidities of the “Visegrad Group” (Hungary, Poland, the Czech Republic and Slovakia, whose well-being, by the way, depends heavily upon EU financing and investments by the main countries of Europe), the fractures of Brexit and the fragility of the traditional axis between France and Germany, the new tendencies of the policies from Italy’s League/Five-Star government, which seek to change the traditional pro-Atlantic and European threads of Italian foreign policy and to espouse instead the USA of President Trump and the Russia of President Putin, both of whom, even though for different motives, are hostile to the EU and indeed, even worse, actively employed towards its dissolution. One of the leading players in this move is actually the Vice-Premier Matteo Salvini, Minister of the Interior and leader of the League, the strong man of the government: “In Russia I feel at home, whereas in some other EU countries I do not” he declared during a visit to Moscow, in mid-October 2018, provoking a flurry of controversy. And, furthering the debate on this issue, here we have the worried opinion of Colin Crouch, a well-respected political scientist: “The nationalists of the Old Continent are at the service of a plan inspired by Trump and Putin: to destroy the EU”.

There is thus a Europe undermined by the forces of global power struggles which have a tendency to weaken it. But Europe is a collection of values which are too important for us not to undertake to avoid them being hit by a crisis. And therefore it is a Europe which is essential, which needs to be reformed and reinforced, as a guarantee of the best balances, both international and internal: a Europe of welfare, of sharing, of social inclusion, of freedoms and of liberal democracy. A “heritage of humanity”, if one wishes to adopt the categories used by UNESCO. A force for positive economic development. More Europe, then. And a more political Europe. Marta Dassù, a sophisticated analyst of international politics, and manager of “Aspenia”, the magazine of the Aspen Institute of Italy, is also convinced of this: “restoring the links between the democracies of the Western world, in this era of the rise in authoritarian regimes, gets us back to the best interests of Europeans and of America”.

“Europe needs more integration,” is how Mario Draghi, Chair of the ECB, summarises it, having been aware for some time of the risks which are being incurred by the aggravation of the clashes between a “sovereignist” Italy heedless of the constraints on ordinary public finances and the “hawks” of the countries of the North which have never appreciated any “Mediterranean” version of Europe and which are always ready to hit on Italy in order to concentrate power and resources within the “Continental” and middle-European land mass.

Europe needs criticisms and reforms, not blows with a pickaxe, for the good of the “common dwelling house”. And Italy was one of the founders of this Europe, and then, over time, one of its primary partners. A role which should be reconfirmed and defended, particularly at a time in which Europe and integration have to make important strides forward for change and improvement.