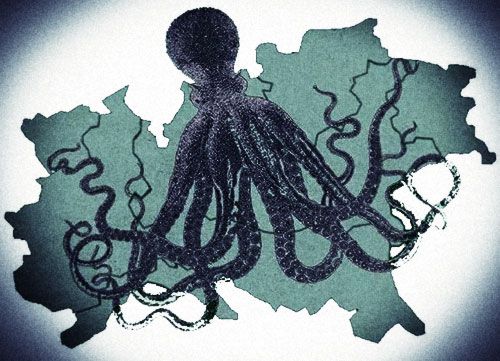 Without holding an official role, the “occult partner” is the true governor of business, influencing choices, connections and successes. A Mafioso partner. Il socio occulto (The occult partner) is an appropriate title for Marella Caramazza‘s most recent book. The author is a manager, a marketing and training expert, Director General of the ISTUD Foundation and a skilled investigator into the “black soul” of the economy in the North. Published by EGEA, Bocconi University’s publishing house, the book reconstructs the ties between corruption in the public administration and the rising economic weight of ‘ndrangheta, camorra and the Sicilian Cosa Nostra. It is worth reading to understand the new dimensions of organised crime, especially as the Anti-Mafia Investigation Directorate (DIA) and the Agency for the Administration and Destination of Assets Seized or Confiscated from the Mafia are feeding public opinion data on the presence of Mafia bosses in the business world. This alarming presence is found in many economic sectors, from public procurement to healthcare, from waste trafficking to commercial activities, not only where the criminal families live (Calabria, Sicily, Campania, Apulia), but even more so in the more economically dynamic areas of the country such as Lombardy, Emilia, Piedmont, Liguria and the entire North East. While it can no longer be referred to as an “infiltration”, many still use the term due to laziness. However, the presence is widespread and deep, it is dangerous pollution that is profoundly changing how markets, services and public works function.

“La mafia è ovunque” (The Mafia is Everywhere) is the title Il Sole24Ore (19 July) has given its account of the DIA reportthat traces the Mafia’s main business sectors (online games and betting, renewable energy, agriculture, catering, tourism and hospitality, supermarkets, health and public procurement, construction, art dealing and archaeological artefacts, waste collection and disposal ‒ the very last frontier of illegal business that the Public Prosecutor’s Office of Milan successfully operates) and demonstrates how the North is leading the ranks of suspicious operations (46.8%, almost 1 out of every 2). This weighs heaviest in Lombardy, the seat of Italy’s banking and finance.

“There is a lack of social alarm,” insists DIA, pointing out the so-called “grey area” that houses a network of accomplices(explained well in Il socio occulto): professionals, managers and businesspeople who organise, favour and cover Mafia business activity and laundered money from illicit trafficking. Worried about expanding Mafia interests, Assolombarda in Milan and other business organisations in Veneto have increased their activity related to legal issues and alerted the enterprises: never communicate with the clans and never leave the door open to an “occult partner”, otherwise the market economy and freedom of enterprise will reach crisis levels. This alarm is being listened to, however slowly.

“Society longs for a utilitarian Mafia”, says the Public Prosecutor of Palermo, Francesco Lo Voi, in the Il Sole24Ore article (18 July). Mr Lo Voi is coming off a brilliant police operation between Sicily and New York that put the bosses of the Inzerillo and Gambino families in handcuffs. These historic Mafia clans are always looking for new business. The Mafia has permeated the “energy and waste” sectors the most, says Mr Lo Voi. Also, besides Palermo, “Cosa Nostra invests abroad”. We have to follow the flow of interests and trace the money (as Giovanni Falcone and Paolo Borsellino taught us).

“Le mafie diversificano al Nord. Scoperte 2.243 imprese colluse” (Mafia clans diversify in the North. 2,243 businesses collude) is the title of an article in La Stampa (8 July). The article shares data collected from the prefectures and the Anti-Corruption Authority (ANAC), headed up by Raffaele Cantone, on the “disqualifications” or measures issued by the prefects after rapid investigations to remove companies suspected of Mafia ties from public procurement contracts (the latest was for the work on the Morandi Bridge in Genoa). These 2,243 colluding businesses demonstrate how worrisome the phenomenon is and how deeply rooted the Mafia is in the economy. It also shows how the state apparatus is moving to crush the criminal ravaging that is strangling business and the public administration.

The reorganisation and relaunch of the Agency for the Administration and Destination of Assets Seized or Confiscated(more resources, better organisation) is another important step towards fighting clan activity. There are currently 2,982 companies formally tied to the Mafia that the Agency manages. These need to be analysed to see if they can continue to thrive in legitimate, legal conditions falling outside the Mafia business model (easy credit, corruption, tax evasion, use of violence against competitors, illegal employment, etc.). In order to redevelop and return the businesses to the market, they have to be run by competent managers rather than managed by accountants and lawyers who serve as judicial custodians. Bruno Frattasi, Prefect and Director of the Agency says: “We plan to increase collaborations with associations of qualified professionals that can enter these companies and bring a managerial culture that focusses on respecting the rules,” and therefore contributes to a healthy, proper and efficient economy.

There is one condition that has to be reversed: of the companies seized from the Mafia (precautionary injunction), barely 34%, or one-third, continue to operate. At the end of the legal procedure, when the company is confiscated, only 19% of them survive, one out of five. The companies that were formally Mafia-run have to be redeveloped, relaunched and put in the right conditions to create wealth and jobs, just like any other company. This would also counter the rumour that under Mafia influence a company prospers and provides jobs, but when the state gets involved, the company dies and people lose jobs. It is a difficult challenge, but it’s not impossible.

The goal: legitimacy, efficiency and competitiveness to replace the damages caused by the “occult partner”. The Anti-Mafia also aims to grow a healthy, balanced economy.