If brushing up on Latin is good for work and business 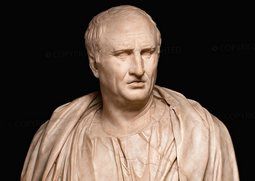 “In a very dynamic labour market, Latin is the quintessential discipline for demonstrating powers of reasoning and logic.” Er, Latin? The “dead language”, one that many hope will disappear from school timetables, to be replaced by more practical, reasonable English? Singing the praises of Latin is not a high school teacher, but a businessman, Giuseppe Bruno, general manager of Info Jobs, a specialized job search portal popular with companies and young jobseekers (La Repubblica, 28 April). His positive view is shared by linguist, Guido Milanese, a professor at the Università Cattolica: “Knowing Latin is a plus in a good professional résumé. Businesses, particularly abroad, take this into consideration.”

Manager and linguist find themselves on the same hymn sheet regarding ten high schools in Milan and other Lombard cities that in late April hosted tests for certifying “knowledge of Latin”. There were 750 young participants and four test levels, organized by CUSL, the university association for studies. A success and to be repeated.

For some time now, precisely in some of the top universities in the US and the UK, Latin has been getting a new lease of life. And we’re seeing a revival of research and teaching. It may be worth giving this some thought here in Italy too, where some hasty planning suggested forsaking the classic pillars of education and focusing on English, computer science, and business. And instead of trying to overcome a deep-rooted aversion to scientific subjects, rather than healing the breach, it was decided to push classical disciplines out into the cold. One mistake after another that has to be sorted out.

“The Beauty of Latin”, headlined Il Sole 24 Ore, on 1 May, in its Sunday culture supplement, announcing that the “Latin in three episodes” articles by Oxford professor Nicola Gardini, was to be published by Garzanti as Viva il latino. Storia e bellezza d’una lingua inutile [Long Live Latin. History and Beauty of a Useless Language].The work’s identification of “beauty” certainly goes beyond interesting reflections on the usefulness of Latin, calling it “the very face of freedom.”

Latin – the language of literati and philosophers, but also of scientists around the world, even Descartes and Newton. The language of wisdom. Of logic. And of communication among writers and scientists, who found it to be an essential meeting ground, beyond their mother tongues. A language that gave us much scientific vocabulary in the language that is now dominant, English. So, a language to be rediscovered, reassessed, and studied in an innovative way.

Once again, we might speak of “polytechnic culture”, humanist knowledge, and scientific expertise. Summing up what, over time, has been enriched by international and European values, open to a very original appraisal: Latin, precisely as a language, proved it was permeable to other languages, other cultural experiences to which it gave a name, providing sturdy evidence that a language is a tool in continuous evolution.

Moreover, Latin is the clear identity root opened by Italians, whose weight and value we should be claiming precisely before this international audience attentive – as we said – to Latin. When speaking among Italians we could even stop distorting into horrific English true Latin words like “minus”, “plus”, “senior”, “alumni”, and countless other expressions adopted by schematic management jargon.

Words mean something. They reveal a style (from “stilus”, the sharp stick used to write on wax tablets). And civilization (from “civis”). They must be tended and grown into culture. Economic too, of course.

A key word in economics, “competition”, is another deriving from Latin. And going to its root, as we have repeatedly pointed out in these blogs, its social and economic significance can be recovered: “cum” and “petere” go together towards a shared goal. In a market where individual interests and rules, enterprising social players and sense of community all work together. Market from Latin “mercari”, to trade, and “mercem”, something that is a part, from the Greek “meros” but also something that is worthy of a price, from “merere”, to deserve. This is the root of the corresponding English and French words. Aren’t “market” and “merit” essential terms in any good corporate culture?