In Milan, MIND, a district for innovation, is being created: a university, life sciences centre and tribute to Leonardo da Vinci 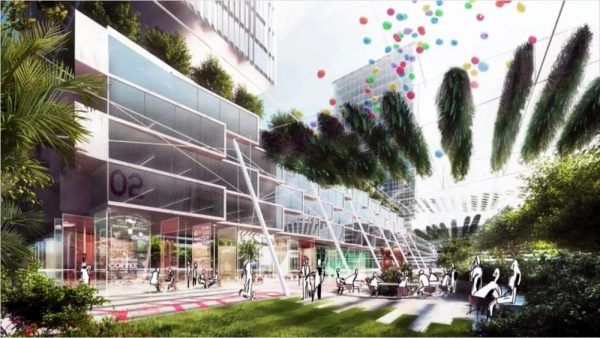 It will be called MIND. The mind, the pulsating brain of the new Milan in its role as the capital of science and knowledge. Or, translating the acronym, Milan Innovation District. This is the name chosen for the large area that was once the Expo, the Science Park which will host the Human Technopole, the scientific campus of the State University, a major hospital complex like the Galeazzi and the offices and laboratories of a long line of private companies active in the sectors of scientific, medical and pharmaceutical research, and of life sciences for which Milan in fact is at the vanguard of Europe. A large area – a million square metres. And one which is already attracting capital: 1.8Bn euros of private investment are already there, a first solid tranche of various international funds in anticipation of an increase in internationally significant growth.

It is a fine name, MIND. In tune with the functions and plans for a location and a city which is re-launching itself as a smart centre, a technological one but also one which is socially open and inclusive. Rem tene, verba sequentur or perhaps nomina sunt consequentia rerum, the Romans would have said, with that precision of terminology and of concepts which were characteristic of a language, Latin, of which, fortunately, people are once again coming to appreciate the quality and topicality: it is the substance of things, and the functions of activities which determine their name.

The present and future for Milan, in this era of the so-called “knowledge economy”, lies in its ability to combine scientific competence and humanistic learning into the original perspective of the “polytechnical culture”. So for this MIND someone will need to invent formats for images and communication, a representation of values and description. Taking charge of these tasks will be the Polytechnic University, the IULM University and the Brera Academy, to which Arexpo (the company which owns the area, headed by Giuseppe Bonomi), has already entrusted the job of defining its identity, issuing its Masterplan and building the strategies for its communication and publicity.

Milan, furthermore, has for a long time been a vital centre of the “polytechnical culture”. The roots for this can be traced back to the 15th Century work of a major architect, Bramante, an able mathematician and refined artist (there are relevant prints about him in Sant’Ambrogio basilica and especially in the church of Santa Maria delle Grazie). And to the engineering works of Leonardo da Vinci, whose conceptual and constructional intelligence remains as keen and modern as ever, from the functioning of the Navigli canal network to the splendour of “The Last Supper”. And his “Atlantic Code”, carefully preserved in the Ambrosiana Library, remains a key destination for science students and tourists in search of the basic principles of beauty. The science and humanism of Leonardo are useful reference points, including for the neither ritual nor rhetorical preparation for the many initiatives to be launched in celebration of the five- hundred-year anniversary of his death, set in the calendar for 2019. And these could even serve as an inspiration for the activities relating to the definition of the identity and representation of MIND.

Reason and science were also a feature of the discussions in the Illuminist and Reformist “Il Caffè” journal of Verri and Beccaria. Science and modern economy ispired the pages of the “Il Politecnico” journal by Carlo Cattaneo in the mid-19th  Century. And that is precisely the title – “Il Politecnico” – that Elio Vittorini wanted to use for his magazine designed, just after the Liberation, to try to re-establish Italian culture, over and above the ideology of the crusades. And by placing the focus on what is essential for science and research – , freedom: “Intellectuals should not play the pipes for the revolution”.

Those were hectic years, the Fifties and Sixties in Milan, of which Vittorini was one of the key players. They were animated by painters and writers, publicists and entrepreneurs, graphic designers and architects. Not to mention design, a very Milanese dimension of creativity  which pervades industry and renders it more competitive: téchne, functionality and beauty go hand in hand; major companies (Pirelli, ENI) invest in sophisticated cultural magazines; one particular figure has a great success, Leonardo Sinisgalli, the engineer and poet, who works for Pirelli, Olivetti and Finmeccanica: factories, work, “the Machine Civilisation”. Refined culture and popular culture, if industry is popular. The Triennale exhibition still remains today a witness of its time and a driver of innovation, from pop art to town planning and to the best of design.

Culture, in Milan, is a laboratory. A word which evokes industry. The artist’s studio. And the research centre. A paradigm for reference could be Giulio Natta, Nobel prize-winner for chemistry in 1963, the peak year of the economic boom: he was a graduate of Milan’s Polytechnic University, and studied in the laboratories of Pirelli and Montecatini. Not to mention Nobel. With significant industrial repercussions: polypropylene, and the production of “moplen”, the moulded plastic which also changed purchases and the way people dress. The “Natta paradigm” is valid even today. In the transformation from manufacturing to digital companies, and towards a knowledge economy, the polytechnical synthesis works well. From factories and within factories, people are organising music and theatre shows, science is being portrayed on stage, industrial and designer products are being exhibited as if they were works of art. And it is precisely in an old factory that the HangarBicocca has developed – the largest centre for modern art in Europe. Culture, in Milan, is a fine industry.

And in the course of this journey too, we turn to MIND. A place for research, for innovation, for knowledge. For industry. And precisely through these industries, a place for the construction of extended wealth, of work opportunities and of a better quality of life. An opener with future possibilities of considerable interest. Not just for Milan. But for the whole system of the country. Milan, as a polytechnical capital moving forward, is actually a locomotive for economic and social growth which involves the entire greater region of the North integrated with Europe (from the Turin axis and from that of Bologna and the industrial part of Emilia) but which also serves as a strategic reference for the Mediterranean reaches of Europe itself, with an essential role for our Mezzogiorno region in the South. The banner: change and innovation. A fine undertaking.