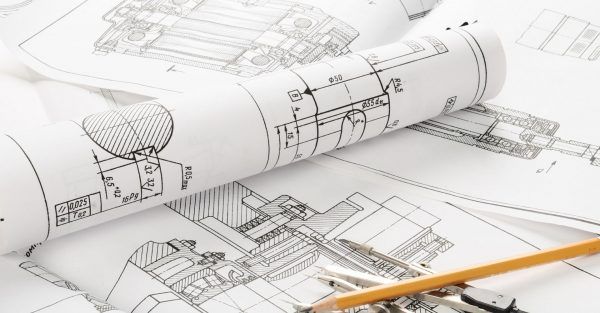 Taking a running jump over lost time. After a long period of crisis, during which companies failed to invest in research and innovation, Italy has rapidly given itself a kick-start. And in 2017 too, for the third consecutive year, requests for patents by our companies have grown considerably more than the European average: by 4.3% in 2016, compared with an EU average of 2.6% (in 2015 they had grown by 9%, double the European average rate: the moment of a turning-point for innovation). More patents mean greater competitiveness for industry and hi-tech services, and increased economic and social growth.

The data about patents indicate what is now a growing trend for the best of Italian industry: investing heavily in innovation, using the know-how and competencies of a high-quality human capital, and acquiring footholds in higher added-value international niche markets. These are difficult times, for global international competition: those which rule and grow are the companies which invest in the “knowledge economy”, in that Industry4.0  which combines industrial processes, the digital world, the Internet of things, and big data, in the profound transformation of our manufacturing structures through original combinations between industry and services, research laboratories and production lines, factories and universities. All with a very Italian characteristic: knowing how to produce high-quality “made-to-measure” products and services, as if they were extraordinary “mechanical tailors” – which indeed they are (these days, it would be better to describe them as “mechatronic tailors”). One example from the industrial digital world: the cyber tyre by Pirelli, which has digital sensors within the compounds of the tyres, in order to establish a “dialogue” between the road and the vehicle, with positive consequences for road-holding, safety, fuel consumption and the environment (a success, at the recent Geneva Motor Show).

What else do the EPO data tell us (“Il Sole24Ore”, 8th March)? That Italy remains firmly amongst the top ten countries in the world for patent applications (alongside the USA, Germany, Japan, France, Switzerland, the Netherlands, the United Kingdom, South Korea and, growing rapidly, China).

A second consideration: the propensity for innovation is concentrated in three regions: Lombardy (33%, within the foremost “innovative regions” of the EU), Emilia Romagna (16%) and Veneto (13,4%). Two thirds of Italian patents, in fact, in the major industrial heartlands of the North (at the periphery is Piedmont, which, from this perspective too, confirms an alarming state of industrial crisis). And little in the South. The ranking list of cities sees Milan at the top, with 20.4%: the Milan which has its major universities, the Polytechnic University and Bocconi Institute at the forefront of these, its its “Human Technopole” and its multinationals, winners of awards for life sciences and for the trend for Steam dear to the hearts of the Assolombarda association: this is the acronym which brings together the initials for science, technology, environment but also the energy of green production and consumption processes, arts and therefore humanistic knowledge and creativity, and manufacturing, the successful cutting-edge manufacturing industry, including mechatronics, rubber, plastics, chemicals, pharmaceuticals and the icons of the Made in Italy banner – furnishings, clothes and food and agriculture: a multi-technical culture for growth.

Another consideration, which is fairly obvious moreover, concerns the relationship between innovation and economic revival. “The revival is accelerating: the growth triangle is located between Emilia Romagna, Lombardy and Veneto”, comments Dario Di Vico in the “Corriere della Sera” newspaper (10th March), having read the most recent data on the growth of industrial output. These are precisely the same three regions with the greatest density of patents (in last week’s blog we had noted that Milan has the most dynamic economy: between 2014 and 2017 it grew by 6.2%, much more than the 3.6% average for Italy and also better than the 5.1% for the Lombardy region itself. And in comparison with the time preceding the 2008 crisis, it had recovered all the work space lost and was ahead by 3.2%, whereas Italy is still 4.4% behind and Lombardy by 1.1%).

The third consideration is more political. This innovative dynamism has been primarily endemic: for too long companies had failed to invest and so they “fired up their engines” again (to use an effective image taken from the title of a recent book by Gianfelice Rocca, the ex-Chair of the Assolombarda association and head of Techint and Humanitas). However, they received robust economic and fiscal policy stimuli on the part of the most recent governments, including the advantages of the so-called “patent box” and the super-depreciation and hyper-depreciation allowances for those who invested in innovation and new plant and equipment. Companies, in essence, finally pulled their socks up, in order to tackle competition, and the government applied a sound industrial policy. A virtuous circle, in which should also be taken into account the contractual agreements between the Confindustria industrial association and the trade unions which underpin training and productivity, linking them to salaries and company welfare.

There is an industrial Italy on the move. One which we should continue to observe closely. An innovative Italy, which performs its duty as an entrepreneurial industrial player and which asks not so much for flat taxes or protective customs duties, but for support for sustainability, for innovation, for productive investment, the appreciation of the culture of work and of companies (and not hand-outs from a nanny state), and stimuli for quality and flexible and adaptable intelligence. To use the trick of classical quotations, Italian industry is not a one-eyed Polyphemus shut away on an island, nor the sorceress Circe with her sly subterfuges and illusions, but Odysseus who battles against difficult seas and ancient myths in his quest for “virtue and knowledge”. This is our best comparison with present times.