Italy and the EU: the “narcissism” of bad politics and the responsibility for making choices of good government 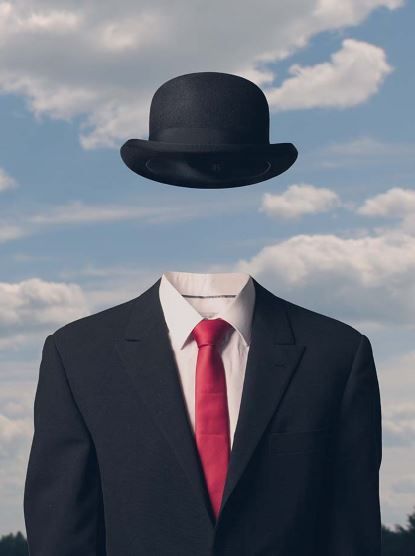 Can the “democracy of narcissism”, loaded with sensational gestures, raucous declarations, aggressive statements on Twitter, bitter arguments and strong signals from leaders suffering from a state of “hypertrophy of the ego” allow a major country such as Italy to be governed decently, in these uncertain times of crisis and radical transformations? And, leaving aside communication (rather than the inflated, tedious term “narration” or even worse “narrative”), what are the responsibilities of a ruling class in a world filled with old and new conflicts, barriers and reinforced boundaries? This is a question which has been discussed at length in the press and in books of clearly written political and social essays, in seminars and encounters between students (the debates launched with great merit by the Aspen Institute and above all by Censis, which is still led by an authoritative intellectual like Giuseppe De Rita). And even if the discussions between the élites (who are critical and often indeed lucidly self-critical) are a source of mockery within the social media clamouring with condemnations, approximate knowledge and partisan attitudes, the idea of government and, above all, of the “culture of government”, remains open for debate. And it runs straight into several key questions about political quality and the future of liberal democracy, as well as about the hopes for a more balanced and sustainable economic development.

There is a government at work in which ministers talk a lot, throwing into disorder with their loud declarations the traditional cards of democracy, in the name of radical “changes”. But there are also essential questions of choices to be decided (infrastructure, innovation, the good competitive manufacturing industry and the industrial crises to be tackled, starting with the ILVA steel plant). And the so-called “GDP party” (copyright of Dario Di Vico, in the Corriere della Sera newspaper of 22nd June) is seeking responsibility and true commitment for a competent and efficient government: an imaginary party, but a very real one, which sees the big banks (Intesa San Paolo led by Carlo Messina) and business associations at work, starting with the Assolombarda presided by Carlo Bonomi and which, in agreement with Assindustria Veneto Centro (Padua and Treviso) and Confindustria Emilia Centro (Bologna, Modena, Ferrara) serves as the backbone for the “new industrial triangle” between Milan, the North East and the “pocket multinationals” of Emilia, the competitive manufacturing hub with a European dimension, and the load-bearing axis for an improved economic growth (we spoke of this in last week’s blog). A “GDP party” which is seeking an industrial policy, reduced taxation for companies which innovate and create wealth and jobs (and not a “flat tax”), regulations to allow productive labour to grow (and not generic citizenship incomes). The challenge, then, is a political one, for the responsible governing classes. And not one of propaganda.

There is indeed a crisis. But we cannot escape from it merely through chatter.

In order to try better to understand what needs to be done, beyond the current circumstances, it is truly worthwhile looking into the roots of the crisis. And therefore starting with the reflections of a political analyst of considerable cultural renown, Giovanni Orsina, and his latest book published by Marsilio, “La democrazia del narcisismo” (The democracy of narcissism), precisely, a sort of “short history of anti-politics”.

The title recalls that of an old fundamental book entitled “The culture of narcissism”, written in 1979, almost forty years ago, by Christopher Lasch, an extremely perceptive historian and sociologist of liberal culture, and what was then an original enquiry into “the individual fleeing from social connections at a time of collective disillusionment”. In 1994, just before he died, Lasch had written another book which is extremely useful for understanding our current-day arguments, “The rebellion of the élites / the betrayal of democracy”. Those books were read by students and politicians (few of them – too few) looking for a meaning to the transformations which were under way. But unfortunately they never became the basis for widespread public debate.

Now the lesson by Lasch is re-echoed in the pages of the essay by Orsina, who goes to the roots of the crisis by re-reading Alexis de Tocqueville on the criticism of the new-born democracy in America and the risks of a “dictatorship of the majority”, and then two major philosophers of the 20th Century – José Ortega y Gasset and Johan Huizinga. He analyses the contradictions inherent in democracy between the increase in the rights of the individual in search of happiness, and institutional and social rules and constraints. He uses the analyses of “Mass and power” by Elias Canetti, the Nobel prize-winner for literature, in order to re-examine the havoc of the Tangentopoli scandal and then those of another Nobel prize-winner, Eugenio Montale, relating to the solitude and uncertainty of modern life. And moving ahead beyond the libertarian excesses of ’68 (an extremely political time, focused on the “rights” and on the values of individualism, which were prevalent, through mass dissemination across society, in reaction to the dutiful and militant collectivism of the little groups of extra-parliamentary left-wingers), he arrives at the current-day subjects of Berlusconi, Renzi, Trump, Brexit, Salvini’s Northern League and the Five-Star Movement and examines the “hard crystals of rancour”: a long process of discomfort and disputes which is radically changing the institutions and values of politics and of civil co-existence. Such insistent bad-mouthing of politics, over the past quarter of a century, by leaders of both the right and left wings, has produced poisoned fruit which we are today obliged to deal with.

Here is a key idea for those who wish to discuss the politics of “how to govern”, European challenges and criticisms of the élites, without yielding to the temptations of what Ilvo Diamanti and Marc Lazard call “Populocracy”, as they investigate, in a recent book edited by Laterza, “the metamorphosis of our democracy”. “The political dynamic – they explain – has become elementary: the people against the élites, those at the bottom against those at the top, the ‘good’ against the ‘bad’. The “populisation” of political minds and practices has resuscitated the myth of “true democracy” forged by an “authentic population”, thus undermining representative democracy which is starting to turn into populocracy”. A process which has long-standing roots, is amplified by the digital media, but goes beyond the normal questions of communication and strikes at the heart of the reasons for liberty and for feeling that one is a responsible and active participant in a community.

There is another point of view worthy of consideration: that of Yascha Mounk, professor of Political Theory at Harvard, in “The People v. Democracy” or “from citizenship to electoral dictatorship”, published by Feltrinelli. Liberal democracies are being put in difficulty by the growth of economic inequalities, by the upheavals of migratory fluxes which have an impact on the perceptions of security in the face of cultural pluralism, and by the extent of the new means of communication which stimulate participation but not the formation of documented critical knowledge. The end result? “Whilst the institutions become filled with millionaires and technocrats, citizens retain their own civil rights and their own economic freedoms but become excluded from political life”. This gives rise to protests, against the traditional political classes. A radical crisis, indeed. For which, however, Mounk considers that a remedy can be found, by attempting to build up “an inclusive patriotism” based on the awareness of citizens that they are part of a unique community”, with rights and duties. A difficult political challenge. But possible.

Mounk’s suggestion is also valid, naturally, for the situation in Italy.

Aside from the simple and demagogic game which acts as a stimulus for worries, fears and real problems (security, inequalities, immigration, jobs, the differences between generations and social conditions, uncertainty about the future) and from the responses provided to date by the majority parties and by individual ministers in the form of headline slogans and the identification of “enemies”, it is necessary to be aware that the role of Italy is at stake in the evolution of the general redefinition of rules and opportunities for new political and economic balances in the context of the EU (this was competently discussed, a few days ago, on 23rd June, by three authoritative Italian economists, Francesco Giavazzi, Lucrezia Reichlin and Luigi Zingales in the Corriere della Sera newspaper: “How to protect Italian interests in Europe”, with four very tangible propositions for reforms to the Eurozone, from debt to investments, and from the social fund to the discipline of banks). And there are answers required for industry, the productivity of businesses, the transformations linked to new technologies, the precariousness of jobs for the young, and the risks of a blockage of the economy at a time of nationalistic and protectionist introspection, which would particularly damage a country like Italy with its strong export-oriented vocation (Ferruccio De Bortoli writes about this succinctly in the “Economy” section of the Corriere della Sera, on 25th June: “A trade war by everyone against everyone else could cost Italy a decrease of 3.5% in its exports in 2019. And the recovery of our country owes (nearly) all its success to its overseas sales. On our own, we shall not get very far”). Italian-style protectionism, demagogic and impossible (these are choices within the competence of the EU) could unfortunately only do us harm.

These are real questions, which require a capability for policies (plans, political strategies, a vision for the future of Italy) and choices of politics (practical measures, laws, acts of reform, administrative procedures: an efficient government, in short).

“Narcissism”, in the face of such problems, is harmful. Instead, we need good politics. One hopes to see this finally under way very soon.