Good reasons, in the interests of all of “us”, for getting out of a pandemic and a recession: investments to guard against social hardship 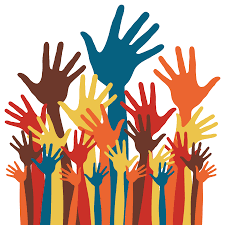 Claudio Longhi, a knowledgeable man of the theatre (and recently appointed director of the Piccolo Teatro in Milan) states that the way out of the pandemic is to learn how to focus on the “we” and the “us“. A civilised choice, an indicator of a sense of community, even before it is part of a cultural programme, and an approach that serves to commit a fundamental lesson provided by Paolo Grassi, the founder of the Piccolo theatre, to memory: “The theatre is the place where a community that has freely chosen to come together reveals itself to itself… where it listens to words that can be either accepted or rejected.” The theatre, then, is a communal space, a place of “we” and “us” – something that is fundamental in this gruelling time of crisis, where the Covid-19 pandemic and the recession intersect, causing pain as a result of damaged health and depression as a result of isolation. So saying “we” on the public stage – even though the theatre is closed, like all other public cultural spaces in Italy – has its power.

This extraordinary word, “we”, also has the sound of a violin; that played by Salvatore Accardo, who gave a masterclass at the Conservatory of Music in Cremona, lecturing young musicians on the ten Sonatas for violin and piano by Ludwig van Beethoven, and streaming everything live on the Conservatory’s Facebook site and on the Youtube channel (in light of the fact that members of the public could not attend the event). In this case once again, making music is a community gesture; making music in order to “take a stand against the curse” of the virus and of loneliness, to recall the powerful quote from “The Plague” by Albert Camus.

“We” – like opening a bookshop and social space in the suburbs, as is happening in Milan. “We” – like the doctors and nurses who remain dedicated to doing their work to the best of their ability, despite the newly grave conditions, and accompanied, this time, by the negative voices of the “haters” on social media: irresponsible virus deniers who attribute conspiracies and wrongdoings to health workers. “We” – like foundations such as Cariplo in Milan and the Compagnia di San Paolo in Turin, who are investing their resources in supporting voluntary groups and non-profit organisations in the third sector in order to help the most vulnerable: the elderly, single women and young people who have had their lives devastated by social hardship. “We” – like those who continue to educate others, providing (among other things) support to the 300 thousand students across the country who do not have access to computers or the internet, and who are therefore cut off from distance learning.

“A serious country must make the fight against child educational poverty one of its key priorities. This is where development stems from. We have implemented an extensive national programme of interventions that has reached almost half a million young people,” states Francesco Profumo, president of ACRI (the organisation representing former savings banks and now foundations of banking origin, “agents of development rooted within the Italian territory”) and the Compagnia di San Paolo (see the interview in the “Avvenire” daily newspaper, 31 October issue).

In a restless, torn and frightened Italy, alongside squares set on fire by protests organised by extremist groups and criminal clans, a country battling with the tensions caused by growing social hardship, there are associations and groups that – beyond personal and professional interests – are keeping an anxious eye on the values of social stability, organising initiatives and making choices in the interests of recovery. There are protests, which are rooted in a widespread sense of despair: “In the night in Milan, this truth presents itself, as we teeter on the edge of another period of sweeping closures, of moral and physical lockdown. We are living in the time of the hotspot, and we are setting ourselves on fire” (Giuseppe Genna in “L’Espresso”, 1 November). Elsewhere, there is the proposal – as expressed in the agreement between the government, Confindustria and the trade unions – to move the ban on redundancies to 31 March, and extend the period of extra financial support for companies and workers in difficulty, while awaiting a productive decision on how to reform the social security cushioning for those who lose their jobs, and who need to be trained and re-qualified in order to find a new role, as well as key decisions on investment projects for the EU Recovery Fund: emergency interventions and long-term investments in development. These are urgent choices that must be made to safeguard an essential common good – namely, social cohesion. We also need responsible long-term strategies.

Once again, it is Sergio Mattarella, the President of the Republic, who is responsible for indicating the importance of working to ensure the unity of the nation and avoiding “too many divisions” to government and political forces: “No more personalism. Health is a common good”, he stated on 1 November during a visit to the cemetery of Castagnato in the province of Brescia, in front of the monument to the victims of Covid-19. Mattarella knows this Italy well – a country that is both enraged and generous. He does not underestimate its distress, or the sources of the misplaced grudge borne by some. But he knows, and repeats, that a climate of “everyone against everyone” will not allow us to resolve this crisis. We need good leadership, with a shared long-term vision, and without specious scuffles or the solitary temptations in the palaces of power. Indeed, today, it is the Quirinale that is best placed to interpret the good reasons for acting in the interests of all of “us”.

Growing social unease, saving for fear of an uncertain future,
and the need for politicians to make the right choices to restore faith
The reasons why we should employ the best Italian energies for a recovery and development plan, making good use of EU and ECB resources
A new Delors plan for the EU And Italy cannot waste money on subsidies
Load more
Grazie per la tua richiesta
Abbiamo preso in carico la tua richiesta, il team della Fondazione Pirelli ti contatterà per confermare la disponibilità.
Grazie per la tua richiesta
La prenotazione al momento non è disponibile.
Thank you! Registration was successful!
We have sent you an e-mail to the e-mail address you provided. Click on the link inside to confirm the registration.
Register
Already registered? click here
Warning! Check the correctness of the data entered.
Enter
Forgot password? click here
Warning! Check the correctness of the data entered.
Forgot password?