Leopoldo Pirelli, a documentary on Sky about the “industrial engagement and civil culture” of an entrepreneur with a great work ethic 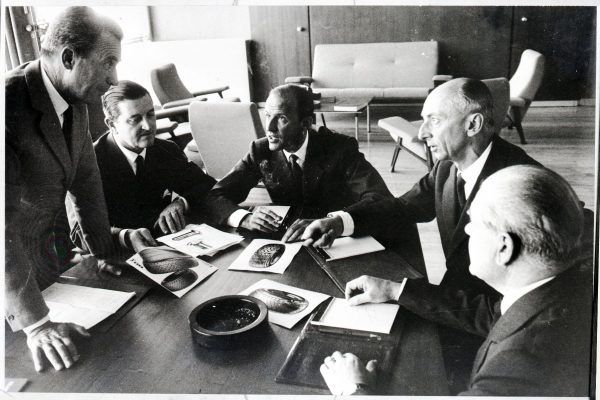 “Leopoldo Pirelli was a reserved man, full of charm, with a profound sense of duty … a work ethic… the product of an education that made him feel responsible because he had inherited a role and he had to give something back in exchange for what fate had gifted him”, states Marco Tronchetti Provera, vice-chairman and CEO of Pirelli. “He was a gentleman. He was passionate about politics, a person who sought out the good of the Country among the most humble classes and among the most privileged ones”, recalls Michele Salvati, economist and political science expert. “He was an entrepreneur who had a lot of respect for his peers, whether institutional, political or within the trade unions”, according to Sergio Cofferati, former leader of the Cgil. “Protestant in culture, of great moral intransigence”, in the summary of Piero Bassetti, a leading figure in Milanese politics and entrepreneurship.

These are four opinions which are presented in the documentary entitled “Leopoldo Pirelli – Impegno industriale e cultura civile” (Leopoldo Pirelli – Industrial engagement and civil culture) produced by the Pirelli Foundation and created by 3D Produzioni for Memomi, which was broadcast on Monday 30th January on Sky Arte HD, on the occasion of the tenth anniversary of the death of one of the leading Italian entrepreneurs. Memoirs, documents (the majority of which were taken from the Pirelli Historic Archive), testimonies and interviews: among others, in addition to those mentioned above, Rosellina Archinto, Alberto Pirelli, Alberto Brambilla, Gianni Cervetti, Valerio Castronovo, Furio Colombo, Vittorio Gregotti, Claudia Ferrario, etc. All of whom are tied together by an awareness: in Leopoldo Pirelli they can find the original combination of entrepreneurial responsibility and human attention to people. Economics. Culture. Ethics. As emerges clearly from the documentary’s opening sentence: “I believe that the entrepreneur should not have to boast merits which are often not individual but rather collective. If I had to attribute a merit to myself, I would choose that of remaining calm and collected at the helm at times when the ship was in difficult waters, when the hull seemed to be about to capsize. Yet I was far from alone in sailing the ship away from stormy waters: while I remained at the helm, others hoisted the sails and we took to the waters again all together”. These are the words of Leopoldo Pirelli, taken from “Le dieci regole del buon imprenditore” (The ten rules for a good entrepreneur). The reader’s voice belongs to Toni Servillo. The pictures, a storm at sea which gradually settles and calms. Knowing how to sail, even in difficult times. At the helm of a multi-national enterprise. And in life.

Indeed, it is a value to create a company and make it thrive. Wealth, work, innovation, development. But also growth and the economic and social transformation of entire communities. As told by the documentary. And as testified by all the experience of a man who positively marked Italian economic history in the second half of the Twentieth Century: the happy times of the economic boom and the critical times of the oil crises in 1973 and 1979, the ”hot autumn” of heavy trade union conflict and the “years of lead” of terrorism, the drafting of the “Pirelli Report” for the reform of Confindustria and the pursuit of improved industrial relations with the “decretone” (literally big decree) (40-hour work week instead of 46, part-time for women, corporate welfare, etc.: too many novelties, for a portion of the trade union which prefers more accentuated conflicts), technological innovations and international alliances, corporate balance sheets, the architecture of the Pirelli Tower and the transformation process of the Bicocca, the creative comparison with culture (Eco, Munari and Sinisgalli, Ungaretti and Montale, Moravia and Guttuso write in Pirelli Magazine), in the debate on ideas and in communications. A cutting-edge Pirelli.

“A gentleman entrepreneur” is what Italian newspapers had named him on 24 January 2007, capturing fully, in memoriam, the human and professional distinguishing features of Leopoldo Pirelli. “The serious Italian”, as written a few years earlier, in September 1990, in the “Frankfurter Allgemeine Zeitung”, recognising his qualities, just as Pirelli was preparing to acquire the German tyre group Continental. That acquisition never went through. In public opinion, nevertheless, the positive view of the person at the helm of Pirelli remained widespread.

There is a great ethic of responsibility, in the history of the men who, in almost one and a half century of history, have built Pirelli, from its founder Giovanni Battista to his sons Alberto and Piero, from Leopoldo Pirelli, the third generation, to the shareholders and managers of today. Leopoldo himself bore an exemplary testimony to this. An entrepreneur who was a good interpreter of the open soul of the Milanese bourgeoisie, innovative, cultured, modern and international, which still bears the distinguishing traits of a European metropolis to this day. Also “a moral man”, to use another relevant definition.

As confirmed by those “Dieci regole del buon imprenditore”, a summary of the experience gained as the leader of the group (read in public in autumn 1986, during a ceremony of the Board of Engineers of Milan). Starting with the conviction that “free private enterprise is an important pillar of a free system and an irreplaceable means of social progress”. Insisting on enhancing the value and training of people, on the importance of transparency and honesty, on the strength of dialogue between company and trade union, on the “duty” to “try to end the year with good balance sheets”. And underlining the reforming role of the entrepreneur: “Our authoritativeness, I would say our legitimacy in the public eye are in direct relation with the role we play in contributing to overcoming social and economic imbalances in the country we operate in: companies are increasingly becoming a place of synthesis between the tendency to achieve the utmost economic and technical progress and the human tendency to achieve the best working and living conditions”. Intense words. Which are still highly topical today.