Meritocracy, knowledge and equal opportunities: these are the tools against social degradation and hardship 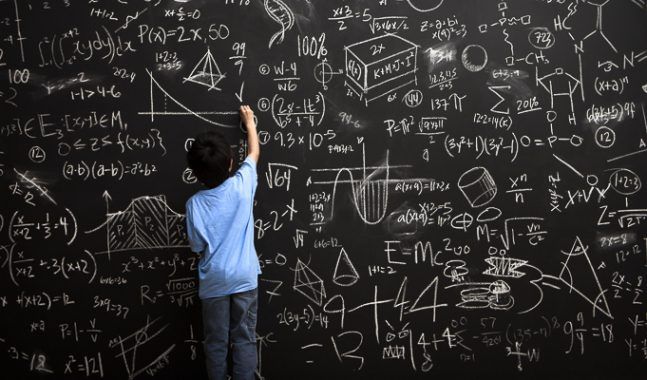 What makes a country thrive long-term? In a period where the knowledge economy comes first and foremost, the answer would be high quality, open education and training, in order to awaken, in everyone, individual attitudes relating to social life, employment, and the overall civic public sphere. In other words, knowledge is what spurs economic and social development and the full unfolding of democracy, while education is the means to reach a better quality of life and work.

It’s precisely on the dissemination of knowledge that another essential lever for the balanced and sustainable development of Italy, especially in this particular historical period that lies between a pandemic crisis, recession and economic recovery, depends upon: meritocracy, the economic and social reward for those who know, engage, build, show the clear ability to “do, do well and do good.” It’s a crucial political point in any development project: the blending of knowledge and meritocracy. Just as in the European Recovery Plan Next Generation and, accordingly, the PNRR (Piano nazionale di resilienza e ripresa), the Italian recovery and resilience plan, wisely drafted by the Draghi government and approved by Brussels: hence, environment and digital economy and as such investments in education, training for new professional roles, research, innovation.

These are words, however, that shouldn’t merely be uttered in relation to challenging political and government projects, but also analysed in-depth, in order to better understand the meanings and values that inspire them, and therefore to define their consequences.

Knowledge, then. The death of expertise: The campaign against established knowledge and why it matters (translated in Italian as La conoscenza e i suoi nemici: L’era dell’incompetenza e i rischi per la democrazia) is the brilliant title of a book by Tom Nichols, Harvard professor, published in Italian by LUISS University in 2017, which more and better than other works sheds some light on how much populist demagogy against scientists, experts, scholars, members of the intelligentsia (a sentiment that in Italy assumes the form of rhetorics such as “uno vale uno” (all individuals are worth the same), so much loved by the grillini, fans of the Five Star Movement’s Beppe Grillo) are damaging market economy, quality of life and institutions.

The COVID-19 pandemic, followed by the economic crisis, has pushed aside all praises to incompetence and restored the value of science and competence. And we see the effects in politics, too: Mario Draghi is head of the government, a man whose political and economic worth is acknowledged not just in Italy, but also in Europe.

Yet, danger has not passed, as stated by Paolo Iacci – business consultant in human resources and professor at the University of Milan – in his book Sotto il segno dell’ignoranza (Under the sign of ignorance), published by Egea. Iacci’s’ work is further enriched by a riveting interview with philosopher Umberto Galimberti, and explains that “competence is the only true weapon we have to face the ambivalence and contradictions of our times.” Resentment towards “technical specialists and experts prevails in contemporary culture, often preventing the free and peaceful expression of meritocratic thoughts.”

As Iacci reiterates, individuals proud of their own ignorance, which they peddle as “honest frankness and sympathy for people’s problems”, have made their way in politics and communication systems, too. But this is how our economy loses its competitive edge, especially in this “period where the learning economy comes first and foremost”, as mentioned above. And the whole social system breaks down.

The answer to this is to learn, to sharpen one’s critical thinking, to strictly condemn the careers of incompetent people, and to insist on the value of education and science – indeed, the answer is knowledge. Rewarding the merit of those who learn and encouraging cultural and moral values within the younger generations.

And what about the value of science, research and competence that the COVID-19 health crisis has revived? Iacci remains pessimistic: “Let’s not kid ourselves, it was only a momentary resurgence.”

Surely, we can’t simply sit back and, listlessly, just put up with things.

We are well aware of how much the economic stage we are experiencing demands an increasingly higher level of schooling. Yet, Italy comes in last in Europe in terms of university graduates (just 19.6% in the 25 to 64 age range, compared to the EU average of 33.2%) and has a very high rate of people with a very low education level: 13 million people with just a lower secondary school qualification. A bleak figure, not merely in relation to the prospects of economic growth, but also and above all for a more widespread socially balanced development.

Data from INVALSI (Istituto nazionale per la valutazione del sistema educativo di istruzione e di formazione), the Italian National institute for the evaluation of the education system, worsen the picture, highlighting the growing ignorance of our children: 44% of high school students don’t reach the minimum level in Italian, and 51% in maths. And the figures are even bleaker in the South and in economically disadvantaged families. DAD (Didattica a distanza – remote learning during lockdown) has exacerbated the situation, further marginalising the more vulnerable children, those who can rely less on digital communication, from school learning processes (here it is again, the burden of economic marginalisation).

But this phenomenon has ancient roots, which grow into dysfunctional dynamics that see education ignored by politicians for too long, looked at by many governments – both centre-right and centre-left – only from the viewpoint of academic and administrative staff concerned with economic and trade union interests, rather than from a students’ one and, more in general, one that takes into consideration the quality of education.

Now, a radical turnaround is essential when making choices, in order to bring back schools centre stage, as fundamental conduits for knowledge, engagement, career opportunities, personal and social growth, and civic responsibility.

Here we are, then, dealing with the second key word in our considerations: meritocracy.

It’s a term that sounds positive, suggesting a head start for the best, rewards for knowledge, responsibility and commitment. All very true. It’s also a term found in the Italian Constitution, which in article 34 states that those “able and deserving, even if lacking financial resources, shall have the right to attain the highest grades of learning.” A sound democratic statement.

Yet, if we look a little closer, we find darker undertones to contend with. As suggested by Michael J. Sandel, who teaches political philosophy at Harvard, in The tyranny of merit: What’s become of the common good? (published in Italy by Feltrinelli as La tirannia del merito – Perché viviamo in una società di vincitori e di perdenti), “Behind the idea of merit lies a deception. Without equal opportunities right from the start, only those with more means will keep on winning. While the losers will only be able to blame themselves.”

Sandel mainly focuses on American society, which is strongly selective, with increasingly slow and jammed social elevators (quite the opposite of the mythical “American dream” where everyone could become someone) and a widespread obsession for rhetorics of success. He analyses the middle class, which paved the way for Trump’s populism (but also Brexit and right-wingers in Europe) and sharply criticises the elites who “turned their back on those who do not belong to them.” He also insists on the need to link meritocracy to equal opportunities and the real dissemination of knowledge, overcoming disparities based on social class, culture, income and association: all too often “the best”, those “awarded for their merits”, come from wealthy families with an abundance of books, connections and good cultural and social habits.

There’s an important conclusion to be drawn, in these times of reforms, restoration of balance, “just economy” and sustainable growth: without reforms, and social practices that allow everyone, and especially young people from the most underprivileged classes, to make a choice and have their own skills – the true rewards of merit – acknowledged and appreciated, both a balanced development and democracy will end up paying the price.