Milan, how to plan and govern the metropolis through hi tech competition, employment and solidarity 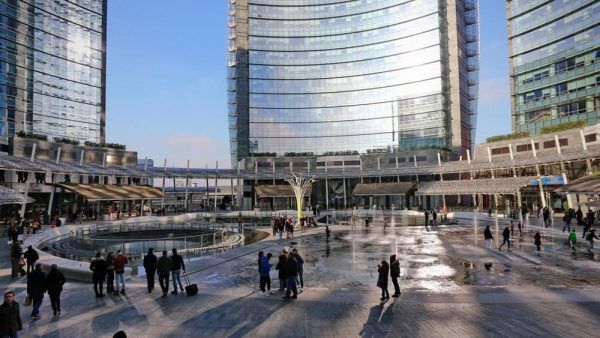 Milan, a future which needs to be planned and agreed. Something we need to try to write about. And to discuss. Milan as a paradigm for the international trend towards the prevalence of ever-bigger cities and conurbations and as central venues for innovation and economic development. Facing all the challenges of opportunities and problems, amid smart economy, employment in crisis, old and new rights, sharp competition and social cohesion. Contradictions, conflicts, new challenges. There are some good books which can help us understand better. One example is: “Milano e il secolo delle città” (Milan and the century of the cities) written by Giuseppe Sala, published by La nave di Teseo and presented yesterday evening, to a wide public audience, at the Piccolo Theatre, in an interview with Ferruccio De Bortoli. A book for a mayor. And for anyone who truly understands how cities require an extraordinary amount of thought, of vision, and of sincere debate. And of government. In the dialectic confrontation between public administration and social citizens, ranging from the Assolombarda industrial association to other service providers and trades unions, and from the centres of culture, of science and of university education to the Ambrosian Catholic Church.

The Milan which we are discussing is an open city, which has always been aware that “Milanese means someone who works in Milan”, as in the culture of responsibility and of welcome which goes back to the times of Saint Ambrose, bishop of Milan. And it is a city which is innovative and hard-working, attentive to markets and companies (the gates to Milan have always held an economic function: customs posts, places for the entry and exit of merchandise). But it is also socially responsible. Is Milan a role model? Without unpleasant arrogance, Milan represents a driving force at the crossroads of economic activities, between manufacturing, services, finance, the knowledge economy, the re-launch of its industrial roots and a stimulus for start-ups. A process which involves a “conurbation of the Lombardy plain” of twenty million inhabitants, from Turin to the via Emilia of Motor Valley, Food Valley and Packaging Valley with their industries, research centres and universities, from the valleys in the foothills of the Alps to the vast entrepreneurial developments of the North East beyond Brescia and Verona.  One of the strongest conurbations of Europe. The horizon is 2030, involving strategies and political choices for the long term.  Comparable to that of the current debate on the landscape and functions of the city on the part of the Advisory Board of the Assolombarda industrial association, in which the major entrepreneurs and managers of the top Italian and international companies are participating

“Milan is playing its part. Must it continue to do so by itself, whilst the rest of Italy sits back and reaps the benefits (of which there are a number) of Milan’s lead and of its image, or should this commitment form part of an overall political plan for the whole country?”, Sala asks himself. The answer is obvious. But its implementation is anything but. No doubt we shall see after the elections of 4th March.

Come what may, Milan will forge ahead. It will be weaker and more fragile, however, if it is not placed within an overall governmental plan (including for national public investments in infrastructure, training, and reforms for innovation, labour and the operating quality of public administration).

Sala describes a Milan which is efficient, that of the Expo and of international investment which it is attracting in ever greater amounts. And a city which is supportive, with commitments for its suburbs. It is attractive (the number of tourists is growing, split between exploratory breaks, cultural visits and business), the only innovative Italian city in the list complied by the World Economic Forum. It is able to rise to international challenges, such as the one for the head office of the EMA (Milan presented Brussels with a timely and high-quality project, including a location, the Pirelli skyscraper, which was already in a position to house the offices of the European Medicines Agency; Amsterdam, awarded the win by lottery, was not, including the woeful international impression left by unfinished works and postponements: a reversal of the usual cliché, us efficient, the arrogant Dutch bungling and non-compliant).

Milan a paradigm, then. With all the difficulties and contradictions which nobody is hiding. As is described, by the way, in the accounts of the “Viaggio in Italia” (Journey through Italy) published in a special edition of the magazine “Il Mulino” (the Mill) (the contributor from Milan is Gabriele Pasqui, a town planner from the Politecnico university, but there are many good and bad things, in Milan, leading him to describe Italy as “a multi-faceted country, difficult but very beautiful”). And from the essays published in “Brand Milan”, an “Atlante della nuova narrativa identitaria” (Atlantis with a new narrative identity) prepared by Stefano Rolando, promoted by the Scientific Committee of Milanese Universities and published by Mimesis. “Brand” not by way of a trade-mark or for publicity, but rather as the “development of a vast symbolic urban legacy”, as a true identity for the future, as a driver for the story of its growth.

This, then, is where we turn to the basic idea of the role of major cities. Political, economic and sociological literature is steadily growing more extensive and thicker with interesting analyses and suggestions. We can refer to the essential essay sent to the bookshops a few years ago, in 2013, by Benjamin R. Barber, a very influential American political commentator, entitled “If Mayors ruled the World”, Yale University Press, with its explicit sub-heading, “Dysfunctional Nations, Rising Cities”. And we can get up to date with “The New Urban Crisis” by Richard Florida, published by Basic Books: the man responsible for the theory of the ascent of the “new creative class” (an international publication success in 2003) now notes that “our cities are increasing inequality, deepening segregation, and failing the middle class” and he asks himself how we can react, how we can look for a way to mitigate inequalities, how to try to make cities grow in a way that makes them more inclusive, by improving their infrastructures, their services, their welcome, and how to try to manage the trends of the housing market, the increasing price disparities between the houses of the privileged areas where the “creatives” reside and those of the impoverished classes who are “in the service of” the creatives themselves. With one basic idea: creativity is fundamental (with all its corollaries of liberty, of individual dynamism, of rewards in a selective market and for merit), but nobody can countenance dispensing with political and town planning choices, for a social re-balancing. These are choices which are facing the “Mayors” close to Barber’s heart, but also nation States, and as far as we are concerned, the political organisations of the EU. How and with what dosage as between cities and Europe? The debate is open.

In this respect it is useful to refer to the analyses and observations of Parag Khanna, ex-advisor to Obama and an analyst for the Centre on Asia and Globalization in Singapore, in his “La rinascita delle Città-Stato” (The Re-birth of the City-State), just published in Italy by Fazi:  “the future is already here: within the next thirty years world politics will be dominated by macro-cities, influential conurbations which are so connected between each other that they will no longer need to lend themselves to the concept of a boundary. Efficient City-States modelled on those of ancient times, and thus not necessarily independent but with sufficient autonomy to be able to commit to global relationships for the benefit of the whole of the territory surrounding them”. Singapore and Dubai, Hamburg and Istanbul, New York and London, Barcelona and Milan are examples of these places. Indeed, the very Barcelona which constitutes the economic driving force of Spain, which is not dreaming of secession from Madrid but of a more dynamic Catalan autonomy in the context of Europe and of the Mediterranean.

The City-State is a form of government, which recalls the powerful cities of the Italian Renaissance, Genoa and Venice, Florence and indeed Milan, but also the rich Hanseatic cities with strengths in finance, trade, ports and naval dockyards, but which then ended in crisis during the centuries of the triumph of the nation States, between the 17th Century and the start of the 20th. But, leaving history aside, the City-State is an economic and social dimension to be reckoned with in a new way, in these times of global economies, and highly-developed interconnections, but also a rediscovery of the values of the genius loci as a competitive tool, of territories as distinctive and exclusive features for products, experiences and services. This is what Carlo Ratti and Matthew Claudel explain so well in “La città di domani” (The city of tomorrow), published by Einaudi: “Come le reti stanno cambiando il futuro urbano” (How networks are changing the urban future)

We are living through times of crisis. And of transformation. It is difficult for us, immersed as we are in the often contradictory everyday movements in economic and social ebbs and flows, to define the trends and key signs of this change.  But this is precisely the cultural and political challenge which we need to grasp: to provide a dynamic structure to the facts, to draw up plans, to try to define a “sense” for political and economic choices. A challenge for those who “govern” in its broadest sense, for the true ruling class, those who decide and apply the rules.  A challenge of civil responsibility.

Throughout history, from Saint Ambrose to the Enlightenment, from the Risorgimento of Cattaneo to the Fifties and Sixties of the economic boom animated by far-sighted entrepreneurs and visionary intellectuals (often in close association), this is precisely what Milan has done, despite it not being the capital: leaving key signs of progress, bringing together economic interests and social values, competitiveness and solidarity.  And producing interesting paradigms both for Italy and for Europe. These are ideas for today.