Milan, the smart and “STEAM” city, with the State University and Human Technopole in the former Expo area 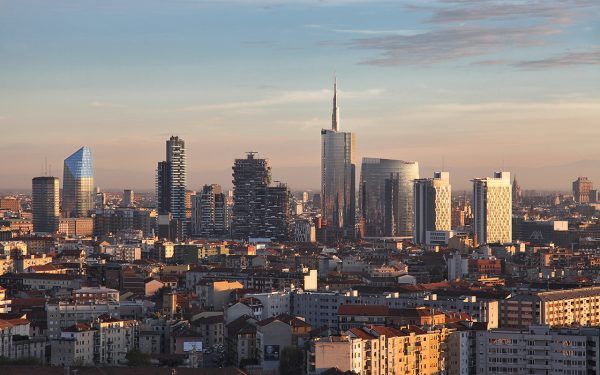 One step forward, for Milan as the “smart” and “steam” metropolis, a smart and innovative city. But also an attractive city, for major EU agencies and for international investments following the Brexit crisis. What step forward, exactly? The State University, with its scientific faculties, decided last week that it will be moving to the Expo area, beside Human Technopole, the large centre that specialises in life sciences and genomics, nanotechnologies and big data. And here it is, the development prospects of innovation, research and training, the new combination of “knowing” and “doing” that has always distinguished Milan throughout history and which is now in a position to keep up with ever-changing times. Indeed, the future of the “STEAM city”, to the use the acronym that is dear to Assolombarda (we have mentioned in several times in this blog), discussing science, technology, the environment and also education, arts (the entire sophisticated group of arts and creative knowledge) and manufacturing: a hot-pot of know-how, skills and abilities to develop that involve public and private institutions, companies, research centres, “social capital” that is supplemented by “scientific capital” and can have an extraordinary competitive force, within the context of a Europe that is redefining roles, powers and functions.

The decision concretely to proceed with the new university campus, which was made on 19th July by the board of directors of the State University and by the academic Senate, envisages 380 million Euros’ worth of investments (public university funding, as well as a contribution by the Cassa Depositi e Prestiti – Deposits and Loans Fund) to build a large campus with lecture theatres, laboratories and facilities for 18 thousand students and approximately 2 thousand researchers, spanning an area of 150 thousand square metres. All of which should be completed by 2020/2021. This is a major urban planning, design and scientific gamble. With a strong awareness that within the new panoramas of international competition, universities can be seen as major developmental leverage: well prepared youths, scientists, researchers, creatives. People who use intelligence and entrepreneurship as the key for growth. Milan boasts a generous ten universities, which are for the most part outstanding. With around 200 thousand students, 13 thousand of which foreign (this figure is destined to grow rapidly).

The State University will therefore be the main tenant of the Rho-Pero area, therefore embodying a project for the use of large spaces which, following the success of Expo2015, represent developmental leverage in terms of material and immaterial infrastructure, connections and transport and services along the strategic axis between Milan and Turin, the heart of the highly productive and innovative North-West of Italy. But, together with the university, there will also be Human Technopole, with all its technological platforms which pool together the various competencies of genomics (oncology, neuro-vegetative disorders, food science, cutting-edge pharmaceuticals, but also the management of all the mega-data concerning society, medicine and research). The multinational headquarters of Bayer, Roche and IBM (again, pharmaceutical, chemical and IT competencies). Centres for start-up companies, with a strong ability to attract scientific and entrepreneurial talents on an international scale. As well as cultural hotspots: La Scala could move its warehouses, production workshops and Academy activities there. An original blend. With all likelihood of becoming a European excellence.

The challenge is dear to many entities, both local, national and international. Renzi’s government, first and foremost, who was among the first supporters of having the Human Technopole in the Expo area, setting aside 150 million Euros for research for the project (albeit among much controversy in the scientific world). The State University, which gradually won the consent of the other universities across Milan. Assolombarda, ready to make the most of this opportunity for innovative manufacturing tied to training and research and to the re-launching of the “health supply chain”, industry and quality of life and of the environment. A qualified group of multinationals. As well as the Lombardy Region. Along with the Municipality of Milan, with the undoubting commitment of the new mayor Beppe Sala.

A difficult challenge, obviously. To be played out in terms of time frames (everything must be ready within a short time span of just five years), quality of constructions (Anac, the anti-corruption authority guided by Raffaele Cantone promised its commitment to oversee the accuracy and legality of tenders, as it previously did for Expo). In terms of economic prospects. But also a possible challenge, in a metropolis that has some sound trump cards to play in terms of attractiveness, production and financial investments, as well as for the location of large EU agencies, following the Brexit crisis.

Milan is “the place to be”, as the international media declared during the Expo season. The attraction remains and with the new plans, which we have already mentioned, it can continue to grow. In short, Milan could be the European capital.