Milan, with its “exciting renaissance”, wins a prize for architecture, design, industry and culture 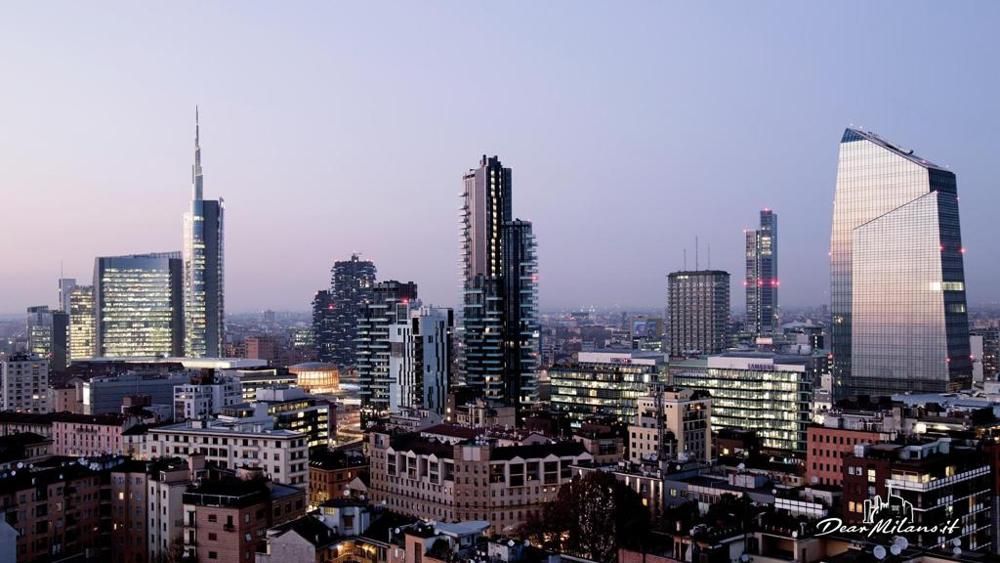 Milan is living an “exciting renaissance”, capable of combining “its traditional grandeur with a contemporary architectural language”, claims Wallpaper, one of the most prestigious and trendy magazines on the international scene. As such, it has earned the prize of “Best City”, beating Shanghai and Vancouver, according to a jury of architects, designers and personalities from the worlds of culture and fashion.

This is an important acknowledgement, in line with the ever more frequent assessments coming forward about the city, from the lively times of the Expo to the present day. Milan is “the place to be”, according to The New York Times. Milan as the leading city of the province which is the best place to live in Italy, according to the 2018 classification of quality of life by the Il Sole24Ore newspaper. Milan as the top European conurbation in terms of the international assessments about investment, culture, life sciences, the presence of multinational companies and of students arriving here from all corners of the globe. As claimed by the mayor Beppe Sala, in his comments about the prize from Wallpaper: “Milan is the city of design thanks to its most prestigious institutions, starting with the Polytechnic University, and to world-renowned events such as the Salone del Mobile. And during recent years it has been re-generated particularly through the projects by the major international design and architectural consultancies”.

Milan, the “smart” city, with 1 million 400 thousand inhabitants, a sound attachment to the circular economy, to high-tech initiatives and to technological start ups (the Polytechnic University is an efficient incubator for these) and with a skyline marked by the cranes for new buildings, from Porta Nuova to Citylife, where “The Curved One”, the third of the skyscrapers designed by star names, this one by Daniel Libeskind, is rapidly taking shape, from the Bicocca business district to the Portello district, from the Maggiolina to the Bovisa, and from Porta Vittoria to the areas to the south of the Railway Sidings of Porta Romana, next to the head office of the Prada Foundation, that cult location for contemporary art, together with the Pirelli HangarBicocca.

They are also developing projects and building in the areas of the Human Technopole (previously the old Expo site, and now the centre of initiatives relating to research, training, health and innovative businesses), in Lambrate, in Santa Giulia and in the impoverished Adriano neighbourhood. And the cranes are the sign of a growing property and entrepreneurial dynamism, which is expanding from the city centre towards the suburbs.

“The Neighbourhood Plan anticipates investment of 1.6 billion Euros of projects. And it is precisely in the suburbs and in the abandoned railway sidings that the time has come for new houses for everyone”, claims Pierfrancesco Maran, the Town Planning councillor responsible for a PGT (Neighbourhood Government Plan) which, following lengthy discussions with different manufacturers, the neighbourhood’s inhabitants, the local institutions and people from the world of universities and culture, sets out the guidelines for the city for the next twenty years. It is well worthwhile being here, in this city of Europe, which as a further stimulus for growth also has its eyes set on the Winter Olympics of 2026, along with Cortina.

Milan the model, Milan the driving force, Milan the symbol of achievable and “sustainable” development, of a widespread and productive “green economy”? Placing themselves on a pedestal has never been the choice of Milan’s inhabitants, who prefer to take action rather than chatter about things. If anything, what stays in the memory is what the Statute by Archbishop Aribert in 1018 has taught us: “Let those who know how to work come to Milan. And whoever comes to Milan is a free man”. The circular and inclusive city. The city which is reformist and pragmatic, sincere and not narrow-minded, challenging but not over-inclined towards dramatization. The metropolis for cultures which intermingle with each other, between industry and finance, literature and the theatre, music and science. The place where building wealth also means producing solidarity and culture. A multi-technical and popular culture, because it is open and widespread, neither vulgar nor slovenly.

In an Italy which is living through a period of widespread concern about a pending recession, notwithstanding the propaganda from the government, Milan, then, can be a positive, active indicator for growth and not for an “unhappy slowdown”. It is true that its economy too is slowing down, not just because of the effect of international turbulence, but also because of the lack of trust provoked perhaps by governmental policies which are moving against business, infrastructure, growth and Europe. Consumption is slowing down, investment is slower and more prudent. But things are going ahead, despite everything. The productive, dynamic and supportive soul of the Milanese citizen is coming to the fore. With its construction sites, the universities, the drive of its businesses, and good local government. “Exciting renaissance”, indeed.