Development or decline:
how to make good use of EU Recovery Plan funds 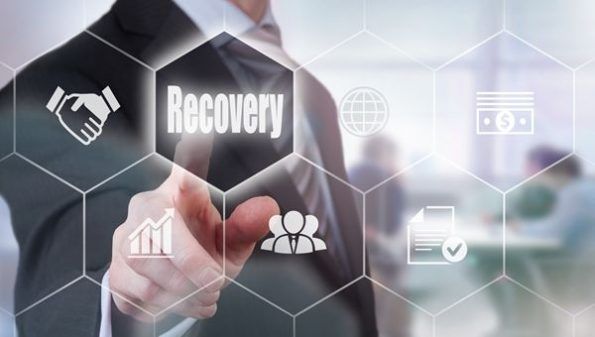 Development or decline. Italy has no other option, faced with the resurgence in the Covid-19 and the recession still biting at our heels, overwhelming the worlds of business, work and welfare, not to mention future opportunities for new generations.

Hopes for development lie in the prudent use of the over 200 billion allocated from the EU’s Recovery Fund for the two major objectives of the green economy and the digital economy (81 billion in non-repayable grants and 128 billion in loans; it will soon become clear exactly what we are talking about), with reforms and investments aimed at sustainable growth within a European framework. The risks of decline, on the other hand, are linked to a profound distortion of Italian public debate (even in political and government circles, which should be well informed and responsible) in these crucial weeks; we’re talking as if we had a very generous deluge of European funds to be used as we saw fit.

It is important, however, to get one thing clear: the Recovery Plan funds will be released only on the basis of clear, effective projects that have been examined by a task force in Brussels and then approved by both the EU Commission and the European Council; otherwise, we will not be getting anything, meaning that we would find ourselves faced with a lack of resources to restart growth and therefore crippled by huge public debt, which already stands at 160% of GDP, to help cope with the health emergency, although it was abnormally high even before the pandemic as we happily funded a string of disastrous government choices such as the citizenship income scheme (which has not resulted in significant job creation) and the Quota 100 scheme for early retirement.

It is therefore vital that we focus clearly and decisively on projects that will promote economic growth, as determined by the Recovery Plan, with a development strategy whose very name — Next Generation — leaves no room for any doubt as to its aims. But how? First and foremost by avoiding what we saw in the early days of the Italian Government and public administrations’ response to the demands of Brussels — the presentation of over 500 different projects, brought to light by emptying the drawers of various ministries, regions and municipalities and that cover all aspects, from the umpteenth resurrection of the Strait of Messina Bridge plan to countless plans to ‘digitise’ justice and public administration, schools and taxation, without any sort of feasibility framework and using the ‘digital’ label as a cunning passe-partout. “There are too many words and too few numbers in the government’s recovery plan”, Carlo Cottarell effectively criticised in La Repubblica on 20th September.

The action we need to take is clearly outlined in the guidelines released by the EU on 17th September, along with a time frame for action spanning from 15th October, when Brussels will be notified of the national plans, which will then be examined by a task force for each country, in agreement with the EU’s Directorate-General of Economic Affairs, to the submission of the plans in early 2021, together with the relevant approvals and initial allocations (10% of the amount allocated to each country — 20 billion for Italy) and gradually continuing with other funding being invested and implemented. A clear mechanism, then, and one that is quite the opposite of the dependency culture of ‘money growing on trees’.

Investments in what? The recommendations outlined by Brussels in the document of 17th September are clear on environmental sustainability, productivity, equity and macro-economic stability, i.e. innovation and quality of development, with emphasis on young people (training, research, schools, etc.), including everything from clean technology, renewable energy (focusing on hydrogen) and sustainable transport to broadband and easy Internet access, the digitisation of public administration, incentives for the dissemination of digital skills and training.

Last but not least, there are a number of reforms that must be implemented, as the EU had already indicated to us prior to the Covid crisis, where the issues of justice, taxation, pensions, work (fighting undeclared work and with a cut in the tax wedge) and health (for which a further 36 billion has been allocated to Italy via the ESM, in addition to the Recovery Fund) are concerned. An appropriate working method must also be adopted, with projects that are well targeted, clear, accountable and subject to a strict performance review mechanism.

The EU has told all member countries that we have reached a real turning point in industrial and fiscal policy choices, outlined a pathway to sustainable development, decided to raise funds on the market as a united Europe rather than as the guarantor of individual states (this is another innovation of great political significance) and started to determine a common process for achieving balanced growth. Countries have to comply with this strategy without, of course, forgetting the rules of law (democracies, human rights, etc.). You either agree or you find yourself on the fringes of the EU itself.

It is certainly a sizeable challenge, and in the case of Italy, one that must be overcome soon and overcome well, requiring every ounce of effort the country can muster, as well as the vital skills required to bring about change and reform, collaboration between public authorities and private companies (which are already firmly committed to innovation) and the involvement of social players and local institutions. National newspaper Il Sole 24 Ore has, as of today, launched a debate on the subject, emphasising the slogan ‘Sviluppo o declino’ (‘Development or decline’) and involving personalities from the economic and cultural spheres (starting with Francesco Profumo, president of the Compagnia di San Paolo, former Minister of Education and former Chancellor of the Politecnico di Torino, with other contributors to follow). “Priorities and courses of action for the use of EU funds need to be established. The time will then come to coordinate these by moving from words to actions”, explains director of Il Sole 24 Ore Fabio Tamburini. The world of business and economics is, in short, being more careful than ever not to waste opportunities for reform and development. Politicians and the government are being asked, now more than ever, to look at the bigger picture and to be responsible in these very controversial and difficult times that have also brought with them a great deal of opportunity.

It is not only a political and economic challenge but also a great cultural one, as our attentions turn to sustainable recovery and long-term development and we rewrite a new and improved social and generational pact. The Next Generation EU will focus on precisely that — the future of our young people, in the context of a stronger and more socially responsible Europe. After all, if not now, when?

Europe in spite of everything.
This is the choice that the government must make for development
Italy’s task? To finally become a credible actor in the European reforms: from subsidies to productive innovation
Villages and suburbs need to “mend” to be brought back to life, with the digital economy, 5G, better quality of life and jobs
Load more
Grazie per la tua richiesta
Abbiamo preso in carico la tua richiesta, il team della Fondazione Pirelli ti contatterà per confermare la disponibilità.
Grazie per la tua richiesta
La prenotazione al momento non è disponibile.
Thank you! Registration was successful!
We have sent you an e-mail to the e-mail address you provided. Click on the link inside to confirm the registration.
Register
Already registered click here
Warning! Check the correctness of the data entered.
Enter
Forgot password? click here
Warning! Check the correctness of the data entered.
Forgot password?