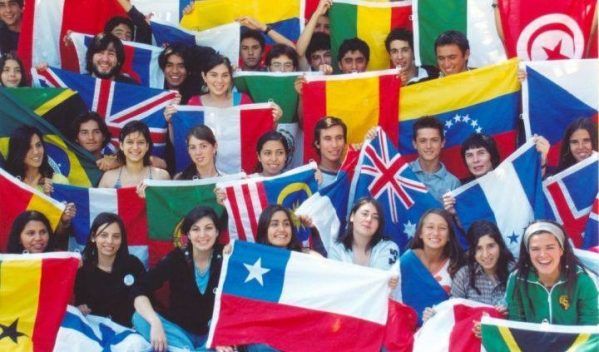 Italy is still a country of emigrants. And yet at the same time it is a country of welcome, including for high-flying students, in our best universities, starting with Milan. These are data about social and economic movements which tell of a country undergoing change.And which bring government policy directly into play, whereby conscious and effective governmental decisions need to be made about a phenomenon which indicates either a long period of crisis or alternatively opportunities for growth and for an improved quality of economic and social development.

Let us examine the data, first of all. The 13th “Report on Italians in the world”, prepared by the CEI Migrantes Foundation and presented in Rome on 24th October last notes that over the past twelve years, from 2006 to 2018, the mobility of Italians has grown from 3.1 million registered with the AIRE (Repertory of Italians resident abroad) to 5.1 million, corresponding to 8.5% of the 60 million residents in Italy. An extremely high figure. Which needs to be examined more carefully, however: just over half are registered as “expatriate”, whereas 39.5% are children of Italian citizens abroad and the others a result of the acquisition of nationality (children of families of Italian origin who obtain a second passport). The numbers certainly show that those registered with the AIRE have grown by 64.7% compared with twelve years ago. And yet the AIRE fails to collate comprehensively the number of Italians abroad, because there are very many people who, having left Italy for study or work reasons, fail to register with it.

Who is leaving? Principally the young, aged between 18 and 34 years old (37.4%) and “young adults” (25%). But over the years there has been an increase in the phenomenon relating to those who are over 50 years old: half of them go to Europe (with an ever-dwindling interest for the United Kingdom, following the ominous choices about Brexit), and another 40% to the USA and Latin America. These are people who are still of working age or active pensioners who, having found themselves on their own, have a tendency to gravitate once more towards the families of their children and grandchildren. Grandparents on the move, if you like. A small proportion are pensioners who decide to go and live where there are lower taxes (Portugal, for example), the cost of living is low and climatic conditions are more favourable for the “third age”.

Of the 243 thousand people newly registered with the AIRE in 2017, more than half, 128 thousand, are those “expatriates”, that is to say the new Italian emigrants. From where are they leaving? From the rich and dynamic Lombardy region, above all, in the case of 21,980. Then, from the Emilia Romagna region (12,912) and from the Veneto region, the land of factories (11,132). A phenomenon which calls for further reflection: people are leaving precisely from areas which are economically prosperous, with solid job opportunities and a robust tissue of high-quality universities and multinational businesses. It is the so-called “brain drain”. Well-educated, well-prepared, entrepreneurial young people, who prefer the international pathways in their search for better job and lifestyle opportunities, and more welcoming surroundings compared with Italian universities (where a little too much “family influence” still applies, alongside criteria for selection based on external pressure and relationships rather than merit) and with research centres with reduced budgets and which are perhaps less well-endowed than what can be found in the USA and in Germany, but also in the countries of Northern Europe and in China.

In fourth place, for areas of emigration, comes Sicily (10,649) and then Puglia (8,816). It is worthwhile adding that in fact the largest initial displacement, especially of young people, is from the regions in the South of the country to the North, in order to study and then try to find a job, and only thereafter, in a second stage, to move from there overseas.

The Migrantes Foundation and the CEI (Italian episcopal conference) insist upon a social and ethical evaluation of the situation, on which we should reflect carefully: “Migrating is not linked to any particular economic situation but is a person’s basic human right. And at the centre of the phenomenon of migrations there is always the question of the welcome people receive”, claims Cardinal Gualtiero Bassetti, chair of the CEI.

Here is the fundamental issue: that of the welcome people receive. There is one positive paradigm, Milan and the Lombardy region. This was already noted by the OECD, in its annual report on migration presented in Paris on 20th June last, where it underlined the fact that “in 2016, 82% of the immigrant population” was “in a regular situation and was working in the formal labour sector”.

Milan an attractive place, then. It is ever more popular with young students from half the world. This is documented by the annual survey by the Assolombarda association on the “internationalisation of the universities of Milan and of the Lombardy region”, presented on 25th October last.

What do the data tell us? For the 2016-2017 academic year there were 12,878 international enrolments: of these, 2,017 were Chinese and more than half the students were enrolled in “STEM” diploma courses (that is to say Science, Technology, Engineering and Mathematics, those most highly sought-after by technologically avant-garde businesses). Their number continues to grow: 2.4% more than the preceding year. An increase in line with the observations for the more recent years: there were 12,020 in ’14-’15 and 12,577 in ’15-’16. The survey, now in its eighth edition, takes into consideration 13 of the region’s universities, 8 of which are based in Milan: the Politecnico, Bocconi, Cattolica, Humanitas, IULM, Università Statale, Bicocca and San Raffaele. Additionally, the LIUC in Castellanza, and the Universities of Bergamo, Brescia, Pavia and of Insubria. Pietro Guindani, vice-chair of the Assolombarda association, with responsibility for Universities and Innovation, makes the following comment: “The Report highlights the process of the international opening up of the Lombardy region’s academic sector. And it is in our interests to develop the attractiveness of our universities. Starting with an increase in the offers of courses in the English language, a critical choice for helping students to make headway in the international community”.

There are other interesting observations, in the Assolombarda Report: an almost equal proportion between the genders (52.2% female and 47.8% male): the substantial majority are enrolled in diploma courses of the first and second levels and for a single cycle (90.5% of international students), whilst the remaining 9.5% are involved in post-graduate courses such as doctorates, masters and specialist academies. As far as their geographical origins are concerned, 42.6% come from Europe and 38.4% from Asia, but in absolute terms the most highly represented nationality is that of China with 2,017 students, followed by Iran (876 students), India (752 students) and Switzerland (751 students).

What attracts so many foreign students?As far as the Lombardy region universities are concerned, their international students choose STEM courses the most frequently (50.1% compared with 40% previously) and, in increasing numbers, courses in art and design (6.1% against 1.4%). A result which is probably also linked to the prestige of the Made in Italy brand and to the excellent reputation of Milan in the sector of design and creative work. There is also an increasing number of students involved in exchange programmes. Compared with the 2015 – 2016 year, there were 17,820 in all (+5.3%), of whom 10,737 were Italians leaving (+0.6%) and 7,083 foreigners arriving (+13.2%). Finally, from the survey it emerges how well the Lombardy region universities, and in particular those of Milan, when compared with the rest of Italy’s universities, distinguish themselves for the number of courses offered in the English language: respectively 24.2% and 28.7% of the total, as against 16.3% for all Italian universities.

Milan is attractive, then, for the strength of its “polytechnical culture”. And as a city which is open, dynamic and engaging. An urban, economic and social dimension to which we should draw everyone’s attention, specifically in terms of the vitality of the city and of the region.  Let us focus on a couple of numbers: the 22 thousand who leave the Lombardy region, and the 13 thousand students who arrive here. A virtuous exchange of knowledge, culture, attitudes, lifestyles and outlooks onto the world. A human capital and a social capital which are constantly being renewed. A positive sign for our future.