Pirelli library, a birthday party amid conversations on books and good food 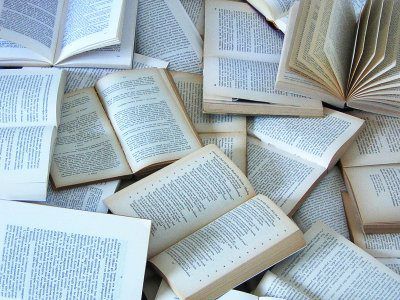 “Founding libraries is like building public barns, piling up stock to tackle the winter of the spirit that, according to many clues, I hate to say is coming”. The words of Marguerite Yourcenar, from the pages of “Memorie di Adriano” (Hadrian’s Memoirs), are on the pediment of the large wall at the entrance of the Pirelli Library, in the building that hosts the Group’s Headquarters in Bicocca. And they provide a sense of the initiative, the corporate Library to be precise, which binds company and culture, knowledge and skills, the pleasure of text and the quality of work in that special community that forms a company, a large company. We live in times of crisis (in the duality of risks but also opportunities for change) and metamorphoses (we have talked about it several times in these blogs on corporate culture). Good books make it easier to understand and to get around better.

The image of the “winter of the spirit” that worried emperor Hadrian in times of existential and intellectual balance sheets, i.e. at the end of his life experience, may perhaps appear too pessimistic. Of course, current times are also controversial, packed with worries. And the idea of bringing books closer to barns is in any case effective and appropriate.

“La cultura come il pane” (Culture like bread) was the title of an article which, on “Pirelli – Rivista d’informazione e tecnica” (Pirelli – information and technique magazine), in 1951, provided a balance sheet of the activities of the Pirelli Cultural Centre, a place for meetings and debates about literature, drama, film, science. A popular theme. “Pane e alfabeto” (Bread and alphabet), was the wording, at the turn of the 20th Century, on the façade of the “Forno del pane” (Bakery) commissioned in Bologna by Mayor Francesco Zanardi to supply cheap food and cultural initiatives: today, that is where the headquarters of the highly popular MAMbo, the Museum of Modern Art, stand.

With a book space open every day for those who work at Pirelli, in Bicocca, the company once again confirms its relationship with culture. Indeed, better still, it reiterates that it is culture. Not a conjunction. But a synthesis. Books in the Library as a stimulus for widespread culture. The Library as an element of a complex system of corporate welfare. But also as the cornerstone of a better quality of the work environment, which positively affects the sense of belonging, the pride of identity. The Library as a place of value. And of values.

The corporate Library in Bicocca is now celebrating its first birthday. It was opened in October 2016, together with that of the Bollate factory and the extension of the library in the Settimo Torinese Industrial Pole. Indeed, to be specific, the Library has been “reopened”. History has it, in fact, that the first Pirelli library dates back to 1928, a cutting-edge choice in Italy: combining reading with working, pages with productivity. In 1957, exactly sixty years ago, a revival, in a modern and welcoming space in the large factory in Viale Sarca (there were about 11,000 volumes; and in 1961, according to a survey by the company paper “Fatti e Notizie” (Facts and News), 87% of employees preferred fiction books: Moravia, Pasolini, Papini, Bertolucci, Alvaro… but some also borrowed great “classics”, from Virgil to Ariosto and some even took Proust down from the shelves). The basic criterion, in those 1950s oozing extraordinary resourcefulness and industriousness, in a dynamic Milan filled with factories, offices, skyscrapers and metro trains, is explained in “Fatti e Notizie”: “The library should in fact be home to man and not just to books… Readers should give – and can give – a direct contribution, based on personal experience and consisting of advice, tips, reports on the life of the library… The library, this home of ours that is already social in purpose and friendly in spirit, will always be increasingly more functional: a living, dynamic being…”.

In close partnership with the Library, at the time, the Pirelli Cultural Centre was also busy: meetings, readings, debates, with the participation of Cesare Pavese, Eugenio Montale, Salvatore Quasimodo, Carlo Bo, Giorgio Bassani and the then young talents Umberto Eco, Italo Calvino, Dino Buzzati, Gillo Dorfles, but also men from the stage and from the film world, including Luchino Visconti and Giorgio Strehler and musicians, from John Cage to Karheinz Stockhausen. Many of them were “signatures” of Pirelli Magazine. The images from that time testify to a large crowd of an attentive audience.

Last year came the initiatives for the new library. A comfortable environment that invites reading and discussion about the books. More than 4,000 volumes (a figure that grows from month to month, with donations and purchases, increasingly often suggested by employees: the shelves have room for 10,000 books). And attendance records that are constantly on the rise: registered library users come to 300, out of 1600 employees who work in Bicocca; in a year, on average, each of them borrowed 6 books. Almost 70 registered users in Bollate, out of 300 employees; 3 books on average, for each of them.

Which books are usually borrowed? Editorial news, in 18% of cases. Essays, in 7.5%. Comics, in 5.5%. And children’s books, in 22%. Narrative covers the remaining 47.5%. Plenty pick classics. One piece of information worthy of mention is this: the request for children’s books is the one that is growing the most. Parents who get their children used to being confident around the written word with good illustrations. A small yet significant sign of civilization.

Books, moreover, are woven together with the history and facts of Pirelli. Among the most recent, often curated by the Pirelli Foundation, are the “Racconti di Lavoro” (Tales of work) with historical and contemporary photos and writings, among others, by Erri De Luca and Jean-Paul Fitoussi (published by Mondadori), “Cent’anni per lo sport” (One Hundred Years for sports) (again, Mondadori), the two communication volumes published by Corraini (“Una musa tra le ruote” (A muse between wheels) and “La Pubblicità con la P maiuscola”(Pirelli advertising with a capital P”), “Pirelli – Innovazione e passione” (Pirelli – Innovation and passion) by Carlo Bellavite Pellegrini, published by Il Mulino, and, for the international market, by Third Millennium Publishing.  And, again, the books about the Pirelli Calendar, published over time by Rizzoli, Mondadori and Taschen. On the other hand, precisely one of the main books in European literature, “Alice in Wonderland” by Lewis Carroll, is what inspired the latest Pirelli Calendar presented with great success last week in New York: pictures by Tim Walker, just a game between the imagination and dreams, a constant link between design and topical issues. Even the most recent Pirelli Balance Sheets were devised with reference to books: they include writings by Hans Magnus Enzensberger, Guillermo Martinez, William Least Heater-Moon, Javier Cercas, Hanif Khureishi, Javier Marìas. Business, culture, books, in short. There is no guarantee that Mallarmé was right in stating that “the world is made to end up in a book”. But books are certainly an indispensable tool to explain the world well and its assumptions of change.

The Bicocca Library is now celebrating its birthday. With a conversation about Milan, books, food (literature is packed with stories about the pleasure of good food and spending quality time at the table): on the stage of the great hall of the cooling tower, on the afternoon of 20th November at 6:30 pm, a conversation is set to take place between Alessandro Robecchi, brilliant author of noir set in Milan (the latest is called “Torto marcio” (rotten wrong), published in January by Sellerio: a new adventure for Carlo Monterossi, author of a hugely successful TV trash show, a fan of Bob Dylan, a clumsy detective by accident) and Filippo La Mantia, “host and cook” as he defines himself, one of the stars of the finest food culture in Milan.

“Pane e culture” (Bread and culture), therefore, to return to the brilliant synthesis of the Pirelli Cultural Centre which we mentioned at the beginning. Books, in the Library, are a good opportunity to spend quality time together.