Polytechnic school for made in Italy excellence Competitiveness stems from research, training and good culture 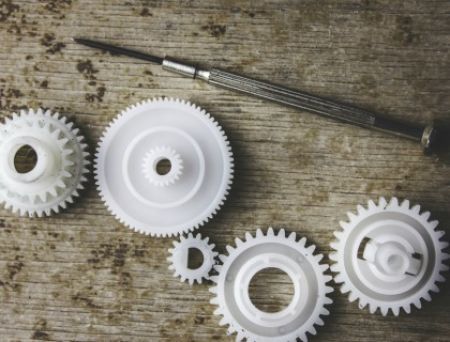 A school for made in Italy excellence. A place to train useful people, or rather indispensable people to grow “hi tech luxury”, that original blend of sophisticated creativity and new digital technology that lies at the heart of the success of the finest Italian industries. It is in fact called the “Scuola Politecnica del Saper Fare italiano” (Polytechnic School of Italian Savoir-Faire) and it stems from the agreement between Altagamma (an association of 115 luxury brands, chaired by Andrea Illy), Assolombarda, the Ministry for Education, the Lombardy region and the Milan Polytechnic University and it will be built in the former Expo area, right beside the research laboratories and the Human Technopole companies and the new scientific campus of the State University (at the end of last week, the Government and Parliament finally released the funds for these two initiatives, with allocations in the budget bill).

It is a post-secondary school technical institute involving three years of specialised studies, with 900 graduates in the first three-year period, starting in 2018: this training is to be “multi-disciplinary for the manufacturing sectors with a high degree of creativity, such as fashion, food, furnishings and jewellery and the highest levels of technological innovation, such as automation, biotechnologies and pharmaceuticals” explains Andrea Illy, chairman of Altagamma. He adds: “It is the first step in building a network of schools. This institute will become the fulcrum of a functional technical pole that will involve technical institutes, professional schools, corporate training schools and universities. It has three goals: to select the best students, to modernise the study programmes and to invent new jobs”.

Hi tech craftsmen and Industry4.0 experts to be precise. With a long-term perspective. “Luxury 4.0, the evolution of the sector up to 2025” is the name of the project by Altagamma. With one basic consideration: the global luxury market is worth over one thousand billion Euro, with Italy holding a 10% share of it (totalling 5% of the GDP). And competitiveness needs to be defended. Indeed, by focusing on creativity. And on human capital. Innovation, research and development, companies capable of insisting on products and productions with high added value, an open culture. “In the luxury sector understood in the extended sense, from fashion to nautical, jewellery and design, there are 110 thousand vacancies” Illy points out. A production eco-system. With plenty of wealth to create: companies, work, future. Agreeing, in the digital world, with the lesson by Carlo Maria Cipolla,a great economic historian, on the “Italians who are accustomed, since the Middle Ages, to producing, in the shade of the bell towers, beautiful things that the rest of the world likes”. Tradition and innovation, in fact. And a new burst of competitiveness in the key sectors of manufacturing and, consequently, of the entire Country.

The school of made in Italy excellence is the latest example of the growing awareness that Italian development is strictly connected to the marriage of “culture & manufacturing”. “Investing more in knowledge to build work” is what governor of Banca d’Italia Ignazio Visco is often heard repeating when he looks at the evolution of “digital Italy”. And Nuccio Ordine, a famous philosopher, when liaising with the Minister of Education Stefania Giannini (“Sette” of Corriere della Sera, 18th November), insists on the need to grow the share of GDP which Italy allocates to the university system, which is just 0.4% of the GDP, compared with 0.99% in France and 0.98% in Germany, twice as much as us.

It is true that recent provisions made by the Government are improving the situation somewhat. And the quality of universities is also improving (the Polytechnic universities of Milan and Turin and Bocconi university are climbing up the international ratings and recently both the Milan polytechnic and the Università Cattolica in Milan are listed in the “top 100” universities in the world for Graduate Employability Ranking 2017, the ranking by English institute Qs based on the most sought-after students by companies). Yet there is still a lot to do.

There are two challenges. To train our human capital better, from technical institutes to secondary schools and universities. And to give job opportunities and growth opportunities to these “talents”. In other words: to stem the “brain drain” (100 thousand youths left Italy in 2015, especially in the 18-34 age bracket, the most educated and dynamic; 20 thousand of whom come from the rich and dynamic region of Lombardy). And if anything draw in new talents from the rest of the world.

To do so, synergy is required between universities and companies. And an active role played by the institutions, from the Government to the Regions. Something is happening: the Lombardy region, for instance, has approved a law on research, also to fund projects shared by universities and companies. And Parliament is faced with a draft law (defined by Michele Tiraboschi, professor of Employment Law in Modena) to create and motivate the figure of the “cosmopolitan researcher” (Dario Di Vico discusses this in Corriere della Sera, 24th November). So the world is in motion. And it should be heeded.

Milan as the metropolis has a key role in this process. With its universities, research centres and, now, the Human Technopole project, where innovation, life sciences, big data pool together in the productive training-research-companies dialogue. The framework is the “economy of knowledge”. The strength is hi tech and medium tech manufacturing that is already implementing Industry 4.0 in view of “Italian-style smart industry”, applying the protocols of the “digital revolution” to a world of small and medium-sized enterprises, networks and districts. Recurrent themes also in the most sophisticated industrial provinces, from Brescia to Bergamo, from Emilia to the dynamic North-East.

And also “Milan steam city” (science, technology, environment or even energy from green economy, arts and manufacturing) which is so dear to Assolombarda is on the horizon. This is the challenge in which creative intelligence fuels industry and transforms it. A challenge is under way, compared with the other European capitals of the most innovative industrial economy. And the “smart” paradigm is also useful for other areas in the Country. Polytechnic schools and universities are in fact indispensable. “Made in Italy” excellence is about culture first and foremost.