Post Brexit, here are the challenges for the Milan “STEAM” as it seeks to attract international companies and capital investment 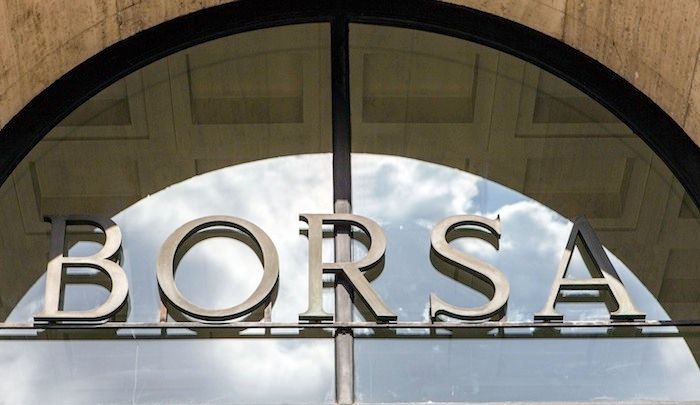 “We are the alternative to the City”. Beppe Sala, mayor of Milan, sets out the candidacy of the metropolis as the new head office for the EBA (the European Banking Authority) and for the EMA (the European Medicine Agency). And he also outlines its attractions, not just for international institutions but also for companies, investments, qualified activities for financial and hi-tech multinationals. The post Brexit situation has, it is true, created a variety of problems for all the countries of the EU, both in respect of political prospects and economic performance. But it also opens up opportunities, particularly for Milan, which can take a leap forward, on the European stage, as a competitive metropolis.

Mayor Sala, in fact, took a trip to London last week for a road show with investors and authorities, outlining the financial and social qualities of the city, “the place to be”, as it is described in the slogan by the international media during the fortunate Expo season. He reminded people that Milan has grown, over recent years, into a metropolis which knows how to build original forms of entrepreneurship, creativity, efficiency of services, research, innovation, training for human resources, and an excellent quality of life. And it is indeed now that it can, more and better than ever, serve as a major, highly qualified power-house for growth. In the heartland of industrial Europe. But also in respect of the whole of Italy, as a key economic driver. An interesting strategy. And a fascinating challenge. Which can be won. They are also talking about it at the Chigi Palace, at the Farnesina, in the corridors of the Confindustria and of the Assolombarda. There is a need for national management and rapid teamwork, where the national institutional and financial players, from Lombardy and Milan, from the Region to the Marino Palace, all work together. And also for an association such as the recently-founded “Brand Milano”, to bring together public corporations, associations of private companies, universities, and cultural institutions, with an ambitious programme of regional marketing, which offers sound competencies which are readily accessible. Beppe Sala, as an authoritative mayor, with past experience as a businessman (Pirelli, Telecom) but also as a successful director of major public events (the Expo), has all the requisites to make a good game of it. This is a “STEAM” city, as they often refer to it in the Assolombarda, underlining its excellent facilities with the initials for “science”, “technology”, “education” as well as “environment” and “arts” (all the arts and creativity cultures) and “manufacturing”. A synthesis that no other European capital can offer, in the construction of an alternative to London.

London, indeed, is going through a crisis, following the extremely serious result of the Brexit referendum. The Stock Exchange has become a market which is very neurotic, unstable and volatile. The pound sterling has collapsed. The property market, which had reached impressive heights, is beginning to show symptoms not only of a bursting of the speculative bubble, but also a real “emptying effect” in the skyscrapers and in the areas of financial and services offices: after Brexit, why would you stay in London? “Withdrawal from English property funds; after Standard Life, Aviva and also M&G freeze repayments to investors”, writes Il Sole24Ore (6th July).

In short, a difficult environment. “Anarchy in the UK”, wrote The Economist the day straight after the vote. And also “Post-Brexit turmoil” and “managing chaos”, in relation to “the economic fallout”.  Three weeks after the controversial English vote, in the London offices of several multinational corporations, discussions continue on how, from the point of view of the best interests of the companies involved, to manage the immediate future. To stay in Great Britain outside the EU and therefore beyond the advantages of the single market, or to find new headquarters, in Dublin or Frankfurt, in Luxembourg, or – and why not?  – in Milan?  This is the question that is being asked by Vodafone and Easy Jet, JP Morgan and Goldman Sachs, but also by major manufacturers, such as Johnson Matthey (chemicals) and Nissan (automotive). And in newspapers there are also articles about a “Milan temptation for start-ups: time to kick off the flight from London for the “incubators””, as writes Affari&Finanza in la Repubblica (4th July), noting that “the English capital is one of the most important world-wide hubs for young technology companies, primarily as a result of the ease with which they can find financing. But with the victory of the “leave” camp the situation has changed and the race by other capitals to take its place has already begun”.  “53% of engineers and IT specialists, the essential human capital for the competencies and intelligence for start-ups, have come to London from abroad”, calculates Il Sole24Ore (1st July). But after Brexit the English capital is at an extreme risk of losing its attractiveness. So where will people go? This is Milan’s chance.

The English Government, scared stiff of the negative effects of Brexit on the economy (wealth, jobs, innovation, tax receipts, the future) is trying to stem the possible flight of companies to other centres. “A plan to cut company taxation in the United Kingdom from 20% to 15% or even less”, has been announced by the Chancellor of the Exchequer George Osborne: an open-minded challenge of “fiscal dumping”, a highly care-free move to which it is hoped that Brussels and the major EU nations, from Germany to France, from Italy to Spain, will respond effectively. London is moving quickly, to try to escape from the set-back situation into which it has driven itself all on its own.  The multinationals, always sensitive to tax advantages, could be tempted. This is why the response from the EU to Brexit and the initiatives to attract capital investment and opportunities must be equally rapid, convincing and long-term.

This is where Milan must play its hand, as an opportunity for the city and for the country. In relation to the EU, EBA and EMA Agencies, moves are already afoot on the part of Frankfurt, Madrid, Amsterdam and Dublin. Cities which are also active in more financial spheres. Where, for example, will be based the new company formed by the merger between the London Stock Exchange (which is also the majority shareholder in the Italian Stock Exchange) and Deutsche Börse?  In Frankfurt, probably, which already hosts the headquarters of the ECB. But even Piazza Affari could postulate for the role of Eurozone arm of the LSE (London Stock Exchange) Group.

In order to take advantage of the current opportunities, in a Milan which can act as the point of reference for the entire system of the country and win out against other European capitals, what steps can be taken?  There are the questions of regulation, infrastructure, taxation, relations with Brussels, all of which are of national relevance (to be precise, subjects for the Presidency of the Council of Ministers, the ministry of Foreign Affairs and those of the Economy and of Development).  But Milan can throw into the ring its own specific elements of attractiveness. A plan for tax reductions, a “no tax area”, for Human Technopole, the hi-tech hub in the ex-Expo zone, for example (one of Sala’s excellent ideas during the election campaign). And all the other initiatives to bring to life precisely in that location research, innovation, international companies specialised in “life sciences” and in genomics (Bayer has declared on several occasions that it would be interested), universities and companies specialised in the management and the development of big data.

In the manufacturing sectors too, Milan can point to the advantages of its attractiveness. If Toyota and Nissan, in the same way as other car manufacturers based in Great Britain (1.6 million vehicles manufactured in 2015, 800,000 employees) intend to re-evaluate the various advantages for the allocation of new capital expenditure and plants, the Milan metropolis can do well as a focus point for a major industrial capacity in the automotive sector and in the components industry, embracing an area from Lombardy across to Piedmont, Emilia and part of the North-East: hi-tech manufacturers, services, research and innovation in Industry 4.0 sectors, training.  The Milan metropolis is right in the centre.