Science and health: Milan even without the EMA is the European reference for research and businesses 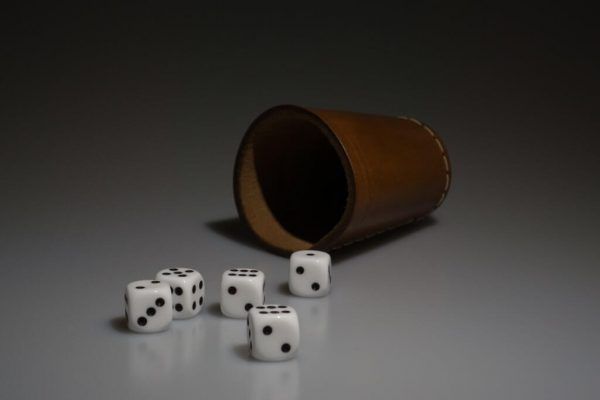 Milan without the EMA. After a close call and three voting sessions, initially in the lead and then on a par with Amsterdam, the draw picked Amsterdam as the headquarters for the European Medicines Agency. What a pity. It is not a defeat. But rather the consequence of a rule that makes us suffer the variability of fate. Milan did not win, this is true, after a good choral battle that lasted several months. Nevertheless, it remains a city of excellence, with the well-perceived identity of an open, cultured, plural, attractive metropolis. Still worthy of getting a great deal of attention, in the heart of Europe.

Milan has plenty to offer. “Its identity is a sum of identities”, according to Giuseppe Lupo, an attentive scholar of relations between literature and industry, who dedicated a beautiful novel to the city set between the economic boom and the “light weight” of the “Milan to drink”, entitled “Gli anni del nostro incanto” (The years of our enchantment), Marsilio (presented at Assolombarda for BookCity and “La settimana della cultura d’impresa” [Corporate Culture Week]). Milan, the “Hanseatic city” of relations and trade, according to Aldo Bonomi, a sociologist capable of eccentric visionary definitions, from the “infinite city” to “molecular capitalism”. Milan, a place of synthesis, in short. Mechatronic factories and financial services, skyscrapers designed by “superstars” and places of sophisticated popular contemporary art (Pirelli’s HangarBicocca, with “The seven celestial palaces” by Kiefer and the Prada Foundation are fine examples), universities and design. Milan, a city of knowledge. And of culture. Milan, proud of its history and hungry for the future, able to climb to the top of all the international rankings on attractiveness and quality of life. Milan, open and inclusive, “You become Milanese”, in the words of Carlo Castellaneta, born in Milan to a family originally from Puglia.But also “it isn’t cold in Milan”, written in 1949 by the ultra-Neapolitan Giuseppe Marotta and published by Valentino Bompiani, leader of Milanese publishing for more than half a century: the warm charm of hospitality.

Milan, naturally, a city of science, before and after the race for the EMA. And therefore a city of research. And a polytechnic culture interwoven with questions, doubts, discoveries, success and back to square one. Milan always in motion.

The city, in its transformations, can also be interpreted from a microcosm. For example, from the most recent of its universities, the Humanitas: international medicine for 1200 students, three Nobel Prizes among the teaching body, an investment of 100 million Euros, all private, for cutting-edge digital laboratories, among the largest and most innovative in Europe. To inaugurate the new campus last week, together with a couple of ministers came the President of the Republic Sergio Mattarella: “Research has changed the conditions of life and improved them. This is of primary importance. And it must be supported in all ways, both organisational and financial”. And Gianfelice Rocca, Chairman of Humanitas Group: “A strategic platform for the development of Milan under the banner of science and innovation. An example of an eco-system based on public-private collaboration”. Life sciences, health and quality of life: another aspect of the identity and of the possibilities of development of a European metropolis.

International Milan, therefore: 13 thousand of its 180 thousand university students in fact come from abroad; 3,600 multinational companies are located there (90 of which with a turnover of more than a billion), 750 offering high innovation. Pharmaceutical companies are among the most excellent: 60% of pharmaceutical production in Italy is concentrated in Lombardy. Human Technopole, dedicated to the settlements of research centres and companies specialised in “Life sciences” and the “City of Health” in the former industrial areas of Sesto San Giovanni will strengthen this framework.

So a Scientific Milan, too. But also, concurrently, Milan capable of critical reflections. Of a focus on the civilisation of comparison and dialogue that is specifically essential to science. Dialectic Milan.

“We must not hesitate to enter the quicksand of a culture that forces us to resume the art of rhetoric. Therefore, more than adorning our brain with mere concepts, it is necessary to organise the mind properly so that it becomes the moral guide in the journey of existence which has now become so complex and jagged”, according to Cardinal Gianfranco Ravasi, President of the Pontifical Council for Culture, who addressed the students of Università Cattolica in Milan, in the Lectio for the opening of the academic year. New questions for the difficult times in which we are living, research to find the keys to interpreting the present.

Restlessness and research are another essential aspect of Milan, rooted in its history, from Leonardo to the reflections of the circles of the Enlightenment, from the 19th Century “Politecnico” of Carlo Cattaneo to the critical habits of scientists who developed in the laboratories of both universities and companies, such as Giulio Natta, Nobel Prize for Chemistry in 1964.

Scientific debate is customary in Milan. On the more sophisticated technical issues. And on theoretical and ethical ones too. The dilemmas of science are discussed in the preparation of the “Dialoghi di vita buona” (Good life dialogues) in the Curia, in an open and sincere debate with several Lay components of the city. And the scientific words resound in the theatres, in “1927 – Monologo quantistico” (1927 – Quantum monologue) by Gabriella Greison at Teatro Menotti and in the preparation of “Copenhagen”, on the bill at Piccolo Teatro: the conversation between two great physicists, Niels Bohr and Karl Heisenberg, on the moral dilemmas related to atomic energy.

In Milanese philosophical circles, the reflection of a great scientist, Richard Feynman, Nobel Prize for Physics in 1965, is back in discussion: “The whole scientific knowledge is uncertain; scientists are accustomed to living with doubt and uncertainty. This type of experience is valuable, and the way I see it, even beyond science. When facing a new situation, it is necessary to leave the door open onto the unknown, to admit the possibility of not knowing exactly how things stand; otherwise, we might not be able…to find solutions. This freedom to doubt is fundamental in science and I believe in other fields too. A centuries-long fight has been necessary to conquer the right to doubt, to uncertainty: let us bear that in mind and not allow the subject to be dropped gradually. As a scientist, I know the great merit of a satisfactory philosophy of ignorance, and I know that such a philosophy makes it possible to progress, the result of freedom of thought. And as a scientist I feel the responsibility to proclaim the value of this freedom, and to teach that doubt should not be feared, but willingly accepted as possibility of new potential for human beings. If we are unsure, and we know this, we have a chance to improve the situation. In science, doubt is clearly a value… It is important to doubt. And doubt should not instil fear, but it should be welcomed as a valuable opportunity”.

Milan, in time, must learn to let things move not frenetically but in a fertile, creative manner, precisely marked by good science, it must learn to seek the profound meaning of better development. The battle for the EMA now belongs to yesterday. The legacy of that battle is fully topical.