Social and environmental sustainability and civil economy: a good choice for businesses and Country to grow 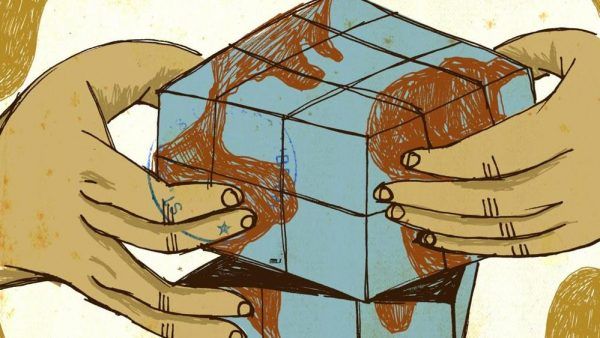 Industry is knowledge. Competencies that are deeply rooted in the tradition of “well-made beauty” and a smart openness to innovation. And polytechnical culture that blends science, technology and humanistic knowledge. Its competitiveness, especially in Italy, leverages on the ability to respond promptly to change and adapt production and products accordingly, with “quality” as the distinguishing value. And, in the upheavals of more impetuous globalisation and the growth of social inequality and of serious environmental risks, it is precisely industry, innovative manufacturing, that can play a leading role in sustainability and social inclusion. Paolo Bricco is correct in writing that “Sustainability is the new wrench” (Il Sole24ORE, 16 February). The “wrench” was an essential tool for mechanics, for industry, for competent industriousness, so dear to the great writer Primo Levi (who in fact named one of his most successful books after it, all built around the engineer Tino Faussone, a skilled worker in the assembly of the pylons, bridges and cranes). Today, therefore, sustainability as the cornerstone of business, a development factor, equipment for building better social and economic balances.

“Le sostenibili carte dell’Italia” (Italy’s sustainability credentials) was, in fact, the title of the conference with which Confindustria’s Centro Studi (Study Centre) opened, on Thursday 15th, the two-day General meeting of the organisation of entrepreneurs in Verona, outlining the initiatives under way in a large number of companies and the strategic commitments to keep to  for the “inclusive development to reduce inequality” and protect the environment, considered precisely an essential factor for improving the quality of life and work and therefore as a cornerstone of good growth.

There is a ten-point “Manifesto on corporate social responsibility for Industry 4.0” (innovation, research, training, integrity and the fight against corruption, social inclusion and gender equality, new choices of corporate governance , initiatives to raise the awareness of the biggest environmental and social problems that have an impact on businesses and territories). And this will be discussed at length, involving all stakeholders and policy makers. “Working on a different development model,” sums up Rossana Revello, chair of Confindustria’s Technical Group on sustainability. The “moral of the lathe”, the idea of a better balanced, civil, inclusive economy, one that cares about people and about their values, founded on the sense of responsibility of companies, is a strategy on which it is worth insisting.

This perspective was insisted on specifically by the chairman of Confindustria Vincenzo Boccia, in the conclusions of the General Meeting, facing a genuine “population of entrepreneurs”, as the most acute commentators stated, to describe an audience that is neither a “good parlour” nor a circle of “strong powers” but an essential part of an Italy that wants to focus strongly on growth and responsibility.

The strategy is that of a “Plan for Italy”, a 250-billion investment in infrastructure and innovation, also financed with Eurobonds and capable of creating 1.8 million new jobs, bringing the country toward a 2% GDP growth. And in this plan, sustainability constitutes a fundamental chapter. Also in order to stimulate investment, both domestic and international.

Financial investments in sustainable sectors and businesses – documents Confindustria’s Centro Studi – are worth 23,000 billion (2015 data), a quarter of total investments, and they are growing: 25% more compared to the previous two years. 52.6% of these investments ends up in Europe, in top-level manufacturing,  a close relationship between industries and territories, a quality workforce, a widespread sensitivity to social and environmental issues, interest in building development paradigms in this direction. “Society and the market”, according to a great historian, Fernand Braudel, have always been the subject of a clear dichotomy in our history. Now, precisely, sustainability may remedy it.

Sustainability as a “wrench” of development also for the direct interests of businesses. There are 2,400 B-Corps, Benefit Corporations (businesses that focus on the values of sustainability and certify these), across the globe and their number is increasing. 54 are Italian. They benefit from greater attention on the part of investors, but also consumers (this is documented by the  Diversity Brand Index, created by the Diversity association and by the Focus management consultancy firm; Corriere della Sera, 9 February). They are growing more and better. They make a profit, also in the long term. “Working with integrity translates to better financial performance,” states the Ethisphere Institute, which each years publishes the World’s Most Ethical Company Reports and declares that the companies included in the ranking (the Italian brand, Illy, for example) have over the past five years recorded performance levels 10.7% above the index of American high capitalisation companies.

Ethical and sustainability choices are also good for the balance sheets. Italian companies, which have always been closely tied to the territory and with a strong sensitivity to social relations, are an exemplary testimony to this. Not only large businesses, which are listed on the Stock Exchange and internationalised. But also small and medium sized companies, where very innovative tools of corporate and territorial welfare abound, the focus lies on the size of the welcoming, “beautiful factory”, one that is bright, safe, low environmental impact, where people work according to cultures of “community” and “inclusion” with deep roots into the best corporate culture acquired over the course of the 20th Century, from Olivetti in Ivrea to the Marche region, from Milan the welcoming metropolis, to the areas of the Lombardy, Emilia Romagna and Veneto regions where innovation and sociality coexist, amid conflicts and limits.

Sustainability as a long-term choice, therefore. Aware and open. Self-certification of their own behaviour on the part of analysts and independent certifiers is essential. Italian concerns are at the cutting edge, from this perspective too. This is documented by the Sustainability Yearbook 2018  by RobecoSAM, the company that each year draws up the Dow Jones Sustainability Index, analysing the economic-financial, environmental and social performance levels which determine corporate sustainability. 2,479 companies are examined, in sixty industrial sectors. This year, among the 70 best businesses, three Italian companies were awarded the Gold Class acknowledgement: Pirelli (at the top of the world among “car component” industry), Saipem and CNH. Sustainability has a great value. And it makes it possible to grow. In short, it is a challenging civil choice. And also a good deal.