The alarm call from businesses about the risks for jobs and growth and the address by Mattarella to the Assolombarda association: responsibility 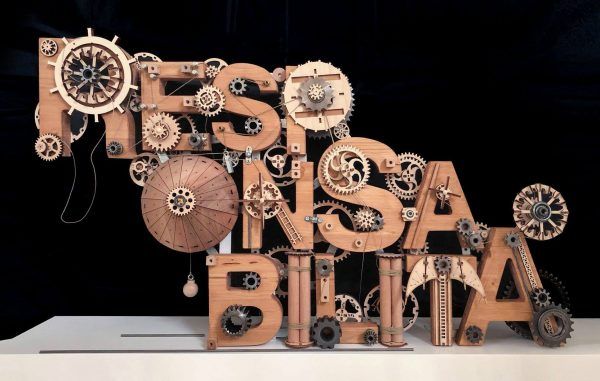 The job of people who take part in politics and government is to try to change the numbers involved in things which are not working. Not by denying them or falsifying them, obviously. But by working (through choices, reforms, administrative actions, agreements, treaties) in order to construct a new equilibrium, and improved conditions for economic development, jobs and lifestyles. In order to do so, however, it is necessary to know what are the numbers, the data (the annual accounts, the indices, the statistics) which explain how things are going. Otherwise, any demagogic and heedless leader will simply seek to rubbish the “stubborn reality of the numbers”, as is rightly pointed out by Francesco Giavazzi, a competent economist, on the front page of the Corriere della Sera newspaper (20th October).

What numbers? The ones which have led to the Moody’s downgrade of our national debt to Baa3, barely one notch above the level of “junk bonds” (“a deficit much greater than was expected” and growth forecasts provided by the government for 2019, at 1.5% of GDP, on which the “manoeuvre” (Italian economic plan) is based, which are too “optimistic” and therefore scarcely credible; our national debt as a proportion of GDP consequently will not fall but will increase). The spread which is increasing, well beyond 330 basis points, with fears that it will reach 400 (which means more costly expense to finance the 400Bn Euros of annual national borrowing, since as debtors we are scarcely credible and thus the risk premium for lending us money is higher). That 2.4% ratio of the deficit to GDP (linked to the the programmes for current public spending for citizenship revenues and pensions) which the EU consider to be in breach of the rules and financial balances. The 67Bn Euros of capital invested in Italian Treasury Bonds which between May and August have been removed from Italy because international investors have no faith in an Italy governed in such confusion by the “yellow and greens” (M5S + Lega) (and this financial haemorrhage continues). The economic slowdown, calculated by the ISTATI, IMF, Confindustria and Confcommercio: at barely 1% of GDP, or perhaps even worse, 0.9%, rather different from the “optimistic” 1.5% from the Government.

We prefer our citizens to “little numbers”, the happiness of the people to the assessments of the “spread men”, the rights of the poor to the judgements of “the market” and of the “strong powers”, say the demagogues in the Government. But the “little numbers” are our incomes and our savings, the jobs that businesses will no longer be able to create because uncertainty reigns over the regulations for the labour market, tax (tax amnesties have a devastating effect over the medium term on the behaviour and expectations of honest businesses which pay their taxes correctly), and exports (threatened as they are by protectionist temptations, given that they are aimed at foreign markets which are open to all). The “little numbers” are the mortgages which will cost families more and the loans which will be more difficult and expensive to obtain and which will aggravate corporate debt levels (“A credit crunch and higher borrowing costs, a double whammy for businesses”, was the headline on Sunday, 21st October, with accounts to prove it, in a daily paper which really knows its way around numbers, Il Sole24Ore). The “little numbers” are the cuts in funding and in tax incentives to businesses which, with the evolution of digital applications and “Industry 4.0”, have invested, innovated and created wealth and jobs. The “little numbers” are the funds which in the “manoeuvre” economic plan are missing, to finance research, innovation, teaching, scientific and technological training, trademarks, and start-ups by the young who, as entrepreneurs, are seeking to build a future, wealth and jobs and so to escape from the shallows of an impoverished and bewildered generation. The “little numbers” are the halt on public works which have already gone ahead. As is condemned so succinctly by Pietro Salini, CEO of Salini Impregilo, one of the Italian construction companies which is most highly esteemed across the world (it recently won a tender of 700 million Euros for the Grand Paris Express, a new transport system for the French capital): “The delayed decisions of the Government in respect of the portfolio of works pending in Italy are threatening 5 thousand hirings and 800 million Euros of turnover”.

Because of all this, businesses are quite right to express their serious concerns about the direction of travel of the economic situation, the Government’s programmes, and the reckless challenges to Europe. “We risk a junk future”, proclaimed Alessio Rossi, Chair of the Confindustria Young Entrepreneurs, on Saturday 20th, at the annual convention of the association in Capri. “No to a Nanny State” which invests in a policy of State assistance rather than competitiveness, in subsidies rather than jobs and infrastructure, is what Carlo Bonomi, Chair of the Assolombarda association, said on Thursday 18th to the annual assembly of the biggest territorial organisation in Confindustria, with 6 thousand businesses enrolled, largely small and medium-sized ones, nearly all of them innovative and active internationally. He is against a Government policy which puts a block on public works, slows down exports with its protectionist temptations, invests in nothing except revenues for no work and early pensions (and nearly all debt-funded, too), compromises the role of Italy in Europe and undermines holdings of the common currency, the Euro (except for reassurances of there being no desire to leave it) – this is what the entrepreneurs of important sector groups of Lazio and the Veneto regions, of Piedmont and of Emilia are saying: all of the “GDP segment” to which the Government pays scant regard, in line with the ideology, especially that of Beppe Grillo’s followers, which considers that “businesses” are pitted against “the people”: crude, demagogic and risky sociology.

Businesses are not the opposition, they are not fans of the Government or of its adversarial policies. But they have a good understanding of what is really happening in front of them, they know the value of the market and the values of the people and the regions. And they are rightly alarmed. Their voice is that of active Italy, that of the forces for real change which on so many other occasions have created a better destiny for the country: from the Reconstruction after the disaster of war and of Fascism (Aldo Cazzullo is correct when, in the pages of “We shall never be hungry again”, his latest book published by Mondadori, he claims that we need to use a capital “R”, as in Risorgimento (Resurgence) or Resistenza (Resistance)) to the economic boom of the Fifties and Sixties, from the battle against terrorism to overcome the “leaden years” to the commitment to re-emerge from the  extremely serious crisis of the early Nineties, when we bound ourselves to the EU and to the Euro.

A voice, then, to which we should listen, carefully and with respect.

At the Assolombarda assembly, the entrepreneurs packed extremely tightly into the La Scala opera house gave some resounding applause to the message sent by Sergio Mattarella, the President of the Republic, an institution which the entrepreneurs look up to in terms of trust, values and democratic guarantees. A message which is something far removed from a simple ritual, which is worth reading and re-reading carefully. Here it is, starting with the comments of the Presidency about Milan: “Milan and the Lombardy region are the expression of a model characterised by the virtuous interaction between manufacturing, services, research institutes and universities, with remarkable results in terms of innovation, attraction of skills, and creativity”. And they are “the bearers of a desire for a better future, based on a sense of responsibility, and maturity on the part of the civil society, of the institutions and of businesses”. There is in fact “a profound sense of community to which the business world is not unrelated, and indeed is a major player”.

President Mattarella reminds us that the actions of this world “are attributable in large measure to the ability to create connections, generating greater international impact, and an increased integration between manufacturing systems and quality of life”.

Milan and businesses, then, as drivers of growth. But also as positive social actors, during conditions of crisis. Mattarella maintains: “The metropolitan areas are today major drivers of growth, or instead places of marginalisation, and of unease. During my recent visits to excellent examples of these territories, to Milan and to Monza, I have been given confirmation of how Lombardy and Milan have, on many levels, succeeded in being fundamental locations for guidance, orientation, and greater understanding”. Why? “It is a question of exploiting that sentiment and those civic virtues which are able to create authentic interdependence, by uniting the resources provided by businesses with the common purposes of the whole country”.

The President of the Republic goes on to argue, against introspection and protectionism, in favour of other ideas close to the hearts of the business world: “The quality of Italian businesses and their ability to secure their positions in the international markets by taking a position in the chains of global wealth creation will prosper only in a world which is open and integrated. The slowdown in the international trade cycle, the indications of future tensions and protectionist measures are at risk of adversely affecting confidence”.

What can be done?  “A collective show of strength is indispensable to demonstrate the abilities of our country to handle the challenges. We need a constructive dialogue and a keen sense of responsibility, on the part of our politicians, our institutions, our businesses, our associations and our civil society, in order to make conscious choices with a long-term perspective in the collective interest”.

A deeply meaningful message, then. Long-term perspectives are exactly the sort which guide businesses. Collective interest, the point of reference. To pick up again on the idea at the beginning, we need to be very clear about the numbers which need changing. Without plucking the numbers out of a hat.