The challenges of the A4 region and the question of the North: without a policy or good government, goodbye growth 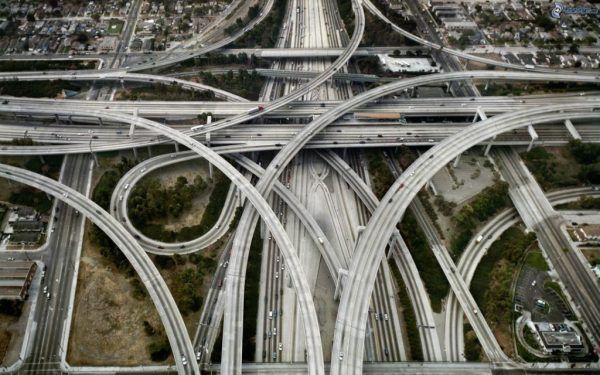 Economic geography,beyond traditional boundaries, has a new player: the A4 Region. That vast territory, all around the motorway (from which it takes its name – a creation by Dario Di Vico, the perspicacious and intelligent contributor to the Corriere della Sera newspaper), which winds its way from Piedmont to Friuli, which has its epicentre in the Milan metropolis for expertise and innovative services, which crosses the Via Emilia with its automotive and mechatronic manufacturing and continues towards the East and Middle Europe and then, further on, towards the countries of the Orient. It is the most dynamic economic area of Italy, with entirely European characteristics and dimensions, similar levels of productivity and wealth, and a robust capacity for innovation. Innovation, moreover, based on the real economy, on new medium tech and hi tech manufacturing, strongly characterised by state-of-the-art services and well connected along the major means of communication between East and West and North and South.

The “A4 Region” as a European region, therefore, bypassing the indications of administrative geography, that distinguishes Piedmont and Lombardy, Emilia and Veneto, up to Friuli. A region that finds if anything substantial unifying features, albeit through territories that are rich in differences and complexities (and with a political dimension which now sees strong local dominance of Lega and the centre-right, except for “M5S” Turin and the regions of Piedmont and Emilia and the Municipality of Milan which are centre-left).

It is the territory of the most innovative industrial districts, which are turning into meta-districts and “long supply chains”, following the flows of production re-composition and of the supply chains according to the strategies of large and medium-to-large companies present in Italy and open to the world (Fca with Ferrari and Maserati, Techint, Pirelli, Siemens, Prysmian, Bayer, Audi with Ducati, General Electric, Vacchi’s Ima and Seragnoli’s Coesia, quality chemical firms such as Squinzi’s Mapei and excellent pharmaceutical concerns, Bracco and Dompè, Marchesini and Zambon, but also the groups with a public holding, Ferrovie railway and Fincantieri, Leonardo and the Poste mail, and the construction giants such as Salini-Impregilo and Maire Technimont, who bring Italian know-how and expertise to major international public works). It is the European area where, precisely here with particular originality, the former Ford-based industrial traditions were transformed the most, becoming hybrid with the new digital dimensions that build unprecedented relations between the productions of the new-factory, logistics, research, services and where high levels of competitiveness are getting to grips with the necessary dimensions of sustainability and of economic and social inclusion.

In the relationship between changing places and continuous flows between territories and the world, original industrial relations are being experimented with, taking on a concrete form in employment contracts (mechanical engineering, chemicals) at national level but especially at corporate and territorial level, linking wages to welfare, productivity to training, income to quality of life and work.

In short, there is a whole world that is changing, in the A4 Region. This is also documented in the latest Cerved-Confindustria report (Il Sole24Ore newspaper, 5th May) about SMEs, small and medium-sized enterprises, taking a snapshot of the resumption of investment and turnover primarily in the areas of Central and Northern Italy: the levels preceding the great crisis have not yet been recovered, but the dynamism is particularly accentuated in both the North West (with record figures of new companies opening up) as well as in the North East. With an essential indication from Emilia, in terms of the relationship between competitiveness and social cohesion: Pietro Ferrari, Chairman of Confindustria Emilia-Romagna, recalls the “alliance for work” signed between companies and trade unions in summer 2015 to reach “full and good employment” by 2020 and notes that “there are no strong companies in territories that are not strong and vice-versa.” Just as Assolombarda provides another interesting indication, the one about the “beautiful factory” i.e. one that is well designed, safe, transparent, sustainable from an ecological and social perspective and in which the pursuit of safety and quality of work is closely linked with productivity and competitiveness.

This dynamic North has another ambition: to stimulate, to act like a driving engine for the remainder of the country, which is slower and more uncertain in its growth.

Carlo Bonomi explained this well in an interview a few days ago: “Italy needs Milan just as much as Milan needs Italy. Selfishly, we are doing well here. But I am afraid of the rebound effect. This Milan that is rushing, moving out there in the world, cannot continue to do so by widening the gap from the rest of Italy. We cannot afford a country at two speeds or even Milan will end up being pulled back. We are bound to the country for politics, public finance, bureaucracy, the capacity to attract investment. So far we have stayed afloat when it comes to exports and internationalisation, but domestic demand has been at a standstill for ten years. It should be made to restart” (Corriere della Sera newspaper, 5th May).

The challenge, therefore, is the entirely political, about perspectives. This is precisely the dimension of the so-called “question of the North”. As a national question, not as a territorial claim.

This North now asks, specifically to continue to deal with the international economic challenges affecting its businesses, for concrete acts of good governance, under the banner of sustainable development and of European perspectives. It looks on with concern at the political vacuum that seems to be hitting the country, at the failure to reach any satisfactory outcome to political negotiations, at the lack of concrete signs of the measures promised to a disorientated public opinion.

At a time when the EU is discussing its budget and European public policies are being defined, the absence of an authoritative and far-sighted Italian Government is being felt full-on.

The Regions of the North, even if on different trajectories, from Veneto to Lombardy, from Emilia to Piedmont, had started dealings with the central government, on the subject of autonomy, to pursue greater balance and better tax and administrative efficiency. There are risks, of fragmentation of the measures, but also opportunities in the closer link between territories and local government. But even that path is now blocked. It is urgent that it should start up again.

The trouble is that at national level little is discussed about the economy and much, too much, about oblique alliances and new elections. The best, most internationalised businesses, the most competitive ones on international markets can continue to move forward, even if a little lopsided, even in the absence of government. But the rest of the economy cannot. And the danger is that the fragile recovery in progress may slow down or stop outright. With serious consequences on employment, on income, on the prospects for the future. Those who move around in the economy world know this only too well. Just as much political awareness is lacking.