The culture of Milan is worth 16 billion and reinforces its record quality of life: preparations underway for the Summit of cultural capital 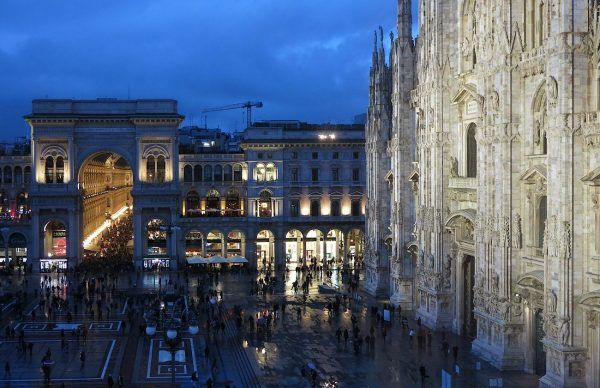 The cultural and creative outlets of Milan make up 16 billion in added value, 10% of the country’s total, with 204,000 jobs in the sector. The total value of Lombardy is 25.4 billion, with 365,000 employees. And it is precisely culture and creativity that give the metropolis that extraordinary economic and social strength that has long been the focus of international economic and social investors and observers. It continues to influence improvement in quality of life: this year, in fact, Milan found itself once again at the top of the quality of life ranking by city compiled by Il Sole24Ore: income, work, well-being, environment, positive social relations, health, solidarity and inclusion and, indeed, cultural opportunities that promote growth and prospects for a promising future. In the age of the “knowledge economy”, culture is a driver for competitiveness in Milan, essential for manufacturing, services, finance, tourism, and activities of production and commerce as a whole. It can act as a cornerstone for more balanced and sustainable growth, with positive effects throughout Italy.

The data comes from the 2019 Report “I am culture – The Italy of quality and beauty challenges the crisis”, curated by Symbola and UnionCamere, presented in mid-December in Milan. Lombardy and Milan sit atop the national rankings, followed by Rome, Turin, Siena, Florence, Arezzo, Aosta, Bologna and Modena. The growth of the sector is calculated at around 3% versus the previous year. And it confirms that culture and creativity are essential assets for development, together with training, research and all initiatives related to innovation.

How did Milan reach the top spot? The key is in part its historical attitude towards acceptance and the concentration of every form of energy in productivity and doing it well. Milan is an open city, never a “city state” or arrogant, never a place for prima donnas and privilege, but rather a space for collaboration and dialogue, always thinking of having to and being able to take responsibility for stimulating the growth of the entire country, in the context of Europe.

“People become, rather than are born, Milanese,” Carlo Castellaneta wrote in 1991, one Italy’s most acute writers, with Apulian family roots, born in Milan. And throughout the course of the twentieth century the city was a reference point for writers and poets, artists and photographers, musicians and architects, directors and actors, in the dynamic environment of publishing houses, theatres (the Piccolo and the Parenti, to name just two of them) and musical institutions (first of all La Scala). As well as museums and art galleries, newspapers and magazines, clubs and cultural initiatives promoted and supported also by the major entrepreneurial families (Pirelli, Falck, Feltrinelli, Bracco, etc.) and by large financial companies (the role of Banca Commerciale Italiana, under the guidance of the refined and generous banker Raffaele Mattioli, is exemplary). Universities have proven to be an effective driver of training and research through which ideas are spread. And scientific research has fuelled the widespread desire for experimentation and innovation. A whole world in movement, dialectic and ready for dialogue. And ready to head along on the roads of change. TV and advertising, from the eighties onwards, were also among the key players. A culture in continuous transformation. A “polytechnic culture”, an original synthesis of humanistic and scientific knowledge. High-quality popular culture: the most recent confirmation is the great following for Puccini’s Tosca, the inauguration of the opera season on 7 December, a “debut broadcast” with screens for simultaneous viewing in 40 places in Milan, with 10,000 people standing there, watching. Quality and popularity are basic cultural characteristics that still have weight and value today.

“Milan is an example of what Italy can do if it believes in itself,” comments Cultural Heritage Minister Dario Franceschini, inaugurating the new Galleries dedicated to Leonardo da Vinci at the Science and Technology Museum. It is called an exemplary city of “industrial humanism” in the debates and research of business foundations and the cultural projects of Assolombarda itself, the Confindustria association which brings together over six thousand companies from Milan, Lodi and Monza and Brianza and which, for its annual meeting, chooses a symbol of great Milanese and international culture, la Scala.

There is another characteristic of Milan, which is worth remembering, talking specifically of cultural and creative processes: the constant collaboration between public and private, between local institutions and companies, politics, the economy, social stakeholders. Collaboration built on the awareness of mutual autonomy and the need for debate, to obtain a synthesis for development.

On the horizon of 2020 there is a challenging event: hosting the World Cities Culture Summit of the 40 most culturally influential cities. There will be a lot to say. And to prepare, to learn by listening to other stories, experiences, and successful paradigms. Being cultural in Milan is a great civic value. And it’s good for business.